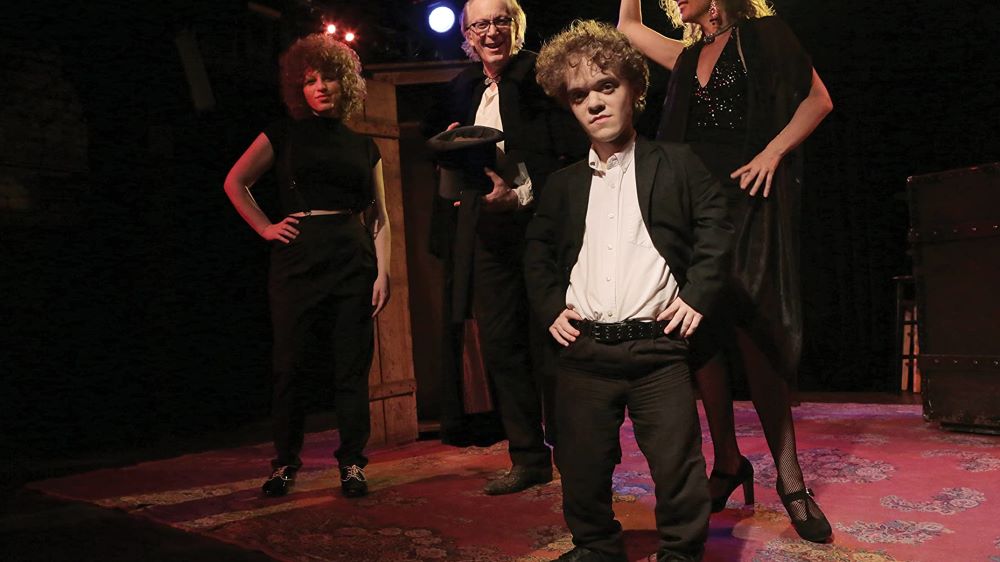 No one makes genre films like Onur Tukel. His genius is in taking a mundane situation, inserting a genre trope, and making the scenario even more mundane and prosaic. He did it with vampires in S.O.B, serial killers for Applesauce, even genetic modification in Infinity Baby, his collaboration with Austin's Bob Byington, and every time he explores the small-mindedness of the average person. His characters are the converse of superheroes. Not the reverse, because those are supervillains: Both heroes and villains see their powers as a way to change the world, and they are merely divided by morality. Inhabitants of Tukel's worlds look at their new ability and think, "Well, yeah, but what do I get out of it?"

There's a pettiness to his players, and Black Magic for White Boys is his broadest canvas of mediocre humans yet. The MacGuffin this time is a book of spells, in the possession of a third-tier stage magician called Larry (Guttman). With the book in his hands, the uncanny nature of the universe at his beck and call, what is his grand design? To become a second-tier stage magician, using the one trick at his disposal – making people disappear.

And that's the target of Tukel's low key savagery: People who think that ignoring their problems will make them go away. As the book passes to others – a scummy real estate investor (Taylor), and a no-good trust fund baby (Tukel himself, leaning into the inherent self-hatred and self-critique of the text) – they're all so unimaginative that they all just do the same spell, for their own mediocre ends.

Black Magic for White Boys has been completely rebuilt since its origins as an episodic series, and its debut at the Tribeca Film Festival in 2017. Now it's an Altman-esque ensemble piece, closest to the Tukel-penned script for Bob Byington's Infinity Baby. Digressions become the plot: Minor figures get redemption arcs while the leads circle in their own nothings. Tukel, the Brueghel of Brooklyn, deliberately eschews a single focal point character or even resolutions. It's in the whole – the stepping back – that his intent is revealed. It's not streamlined, but somehow it's still graceful, a convoluted landscape rather than a portrait, touching on hot button topics like men and abortion, racial profiling and gentrification, as well as more universal themes like emotional laziness. We may not like everything Tukel shows us about ourselves, but we can never deny its truth.

A version of this review ran as part of our Fantasia 2019 coverage.

Black Magic For White Boys is available on VOD now. 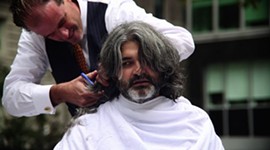