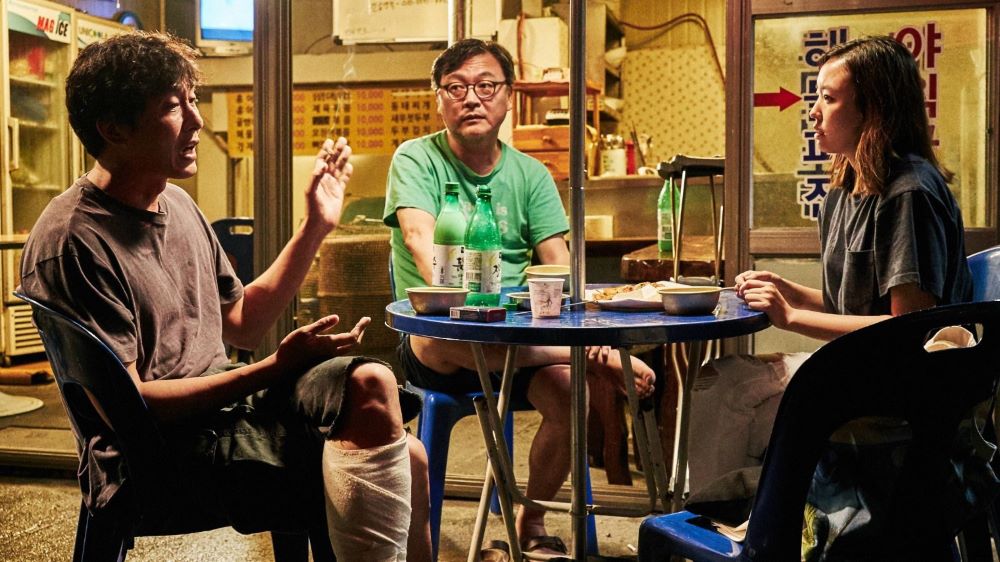 South Korean auteur Hong Sang-soo has a way of making weird, surreal films without absurdist quirks and frills. He takes a more grounded approach to building a story that can be interpreted in a number of ways. In Yourself and Yours (finally getting a U.S. release after a festival run in 2016), he’s at his most playful, directing a story about a young woman, Min-jung (Lee), who may or may not have a twin, and who is continuously being pursued by past lovers.

Min-jung has a drinking problem. Limited to five drinks per day by her current partner, Young-soo (Kim Ju-hyuk), her drinking has given her a reputation across the district they live in, causing Young-soo great strife. His pain only deepens when his friend (Kim Eui-sung) relays a rumor that Min-jung is heavily drinking behind his back.

In contrast, we first meet “Min-jung” at a coffee shop sipping on a large Americano and reading a book. A grey-haired writer named Jae-young (Hae-hyo) approaches her, positive she’s Min-jung, but after his persistent berating the woman finally reveals that she is in fact her twin. It’s a scene all too familiar for women, trying to lose yourself in a public place only to be interrupted by a man who “just wants to talk.” The mystery of Min-jung and her alleged twin thickens when we see her later walking in the same outfit as her twin.

Hong’s films are constructed around conversations, usually over a few drinks. “People are all the same! But men believe we’re different. It’s why you have such a hard time,” a female friend declares emphatically to Young-soo over soju and bar snacks, an exclamation that could very well be seen as the thesis of Hong’s film. Min-jung attracts men because she is borderline manic pixie dream girl. She floats through Yourself and Yours without much characterization (but at least three doppelgängers), and we only know her as much as these men care to get to know her. She’s a dream – soft, sweet, and feminine. Yet she’s also cool. She drinks, and she tells these boys she hasn’t found her perfect man, which lures them in thinking they could be the one she’s been searching for. She is only what the men around her project her to be.

In contrast with Min-jung’s “meet cutes,” in one scene Young-soo gawks at a drunk woman with an eye patch. When she confronts him for staring, he claims he recognized her: Where Min-jung would refuse to engage, this woman tries to pinpoint where he could have run into her before, and even goes as far as inviting him for drinks with her friends since he’s lonely. He declines, though, because her mystery has died, and thus her allure has faded.

“Don’t try to know everything,” Min-jung warns one of her suitors. You can take Yourself and Yours at face value, and watch it like Min-jung is a pathological liar, or you can watch it trusting her every time she claims she’s not Min-jung, and see it as a metaphor for how men see women. That there are numerous ways to view her and the story makes it one of Hong’s most powerful and engrossing films.

Yourself and Yours is currently available as a virtual cinema release. Choose from:
• AFS Cinema (Tickets here) 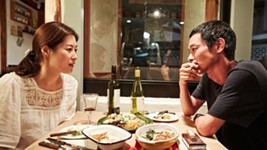 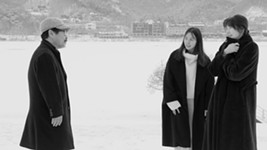