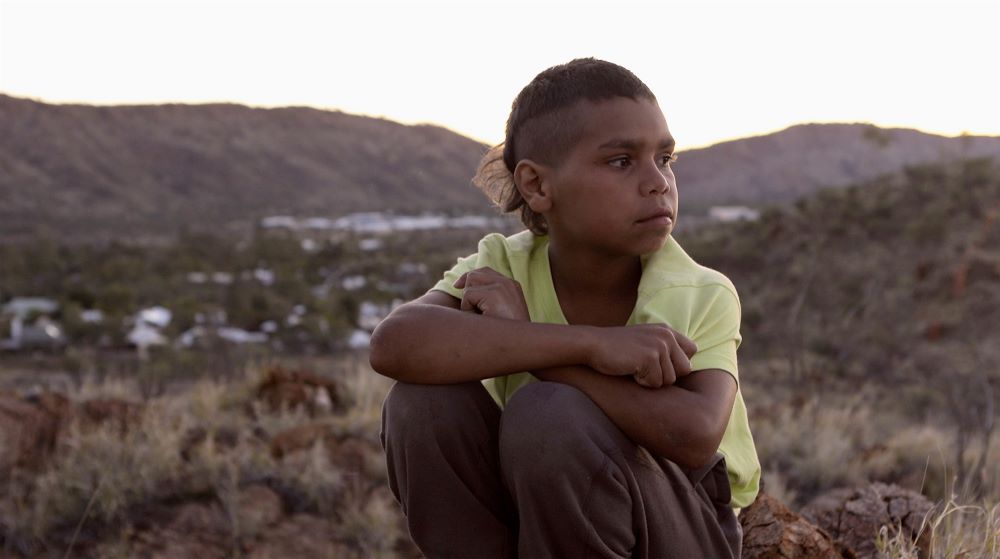 In My Blood It Runs

What child deserves to feel the weight of the world on their shoulders? That is the essential question of In My Blood It Runs, a new documentary examining the role public school plays in the Aboriginal experience in Australia. At its core is Dujuan Turner, a 10-year-old First Nations healer trapped in an educational system that would rather eject him than understand him.

It does not take us long to recognize the hellish position that Dujuan and his family find themselves in. Much like his grandparents, Dujuan draws his strength from his bush community, the small village located far from the city lights and subdivisions of Alice Springs. But many in his family feel that the isolation they crave comes with a cost. In order to protect their land and their traditions from the government, boys like Dujuan must first be educated in the white system - even as the books they consume erase the First Nations experience from Australia’s official history.

The inherent contradictions of these two identities – one based on centuries of oral tradition, the other aligned with the “best interests” of modern Australia – have a fracturing effect on Dujuan. He cuts class, disappears into the hillside for hours at a time, and pushes back against his teachers at every turn. His grandmother and mother struggle, not because they worry about his innate sense of right and wrong, but because these violations can be used by the state to deprive them of both custody and benefits. By school or by jail, the Australian government is erasing an entire culture one student at a time.

In interviews, director Maya Newell has spoken about the “ongoing consent” provided to Dujuan and his family. This helps In My Blood It Runs navigate some of the trickier elements of representation. We are not seeing the First People depicted in the film as Newell sees them; we are seeing a version of their world informed by both the non-Aboriginal and Aboriginal perspectives adopted by the crew.

This echoes the stated need of the film’s subjects to navigate both worlds successfully. It also makes the default perspective of the film an inherently political one. Some of the most affecting moments in the film come when Newell takes a step back and intercuts archival footage with images of Dujuan in motion. We are treated to decades-old state propaganda advocating for the forced cultural integration of the Aboriginal community. We also catch fragments of contemporary Black Lives Matter marches in some of the larger Australian cities. It is an unwelcome reminder that these struggles continue around the world.

In My Blood It Runs paints a compelling picture of Dujuan as one of countless children caught in a system designed to grind them down. While the film may lack the conventional sociopolitical framework needed to locate it in the broader Australian experience, Newell and her subjects are a constant source of empathy and education. All around the world, First Peoples are working hard to navigate a white cultural without losing their own traditions and language. In inviting Dujuan and his family to be co-creators of their narrative, the filmmakers have allowed white audiences to adopt their perspective. It’s no surprise we do not like what we see.

In My Blood It Runs is currently available as a virtual cinema release. Choose from:
• AFS Cinema (Tickets here)

In My Blood It Runs, Maya Newell