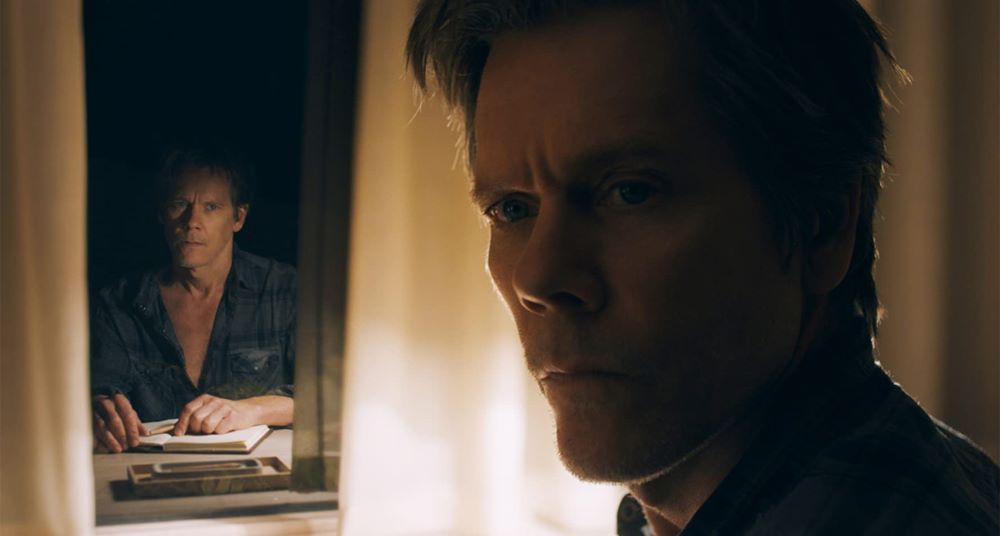 You Should Have Left

I once lived in a house that was bigger on the outside than the inside. True story. The builders had mismeasured the footing when they laid them, and has exceeded the original approved plans by about the width of a corridor. Now, the local authorities calculated house sizes by adding together the width of rooms, rather than measuring the outer wall. So, instead of rebuilding, the wily contractors built a spare five-foot-wide room, and simply walled it off. When the authorities arrived and measured the rooms they could access, the floor plan was correct. Can't measure what you can't see.

If the house had been bigger on the inside than the out, my first instinct would be to think "A-ha, a TARDIS." The second would be to burn it down and salt the earth, which is what Kevin Bacon's cursed and haunted ex-banker, Theo, should do when it turns out the Airbnb he's rented for himself, his daughter, Eli (Essex), and actress wife, Susanna (Seyfried), doesn't fit together the way physics demands it should.

Theo's got a past, it seems, with a dead first wife and a second marriage to a woman much younger than himself. With the stresses starting to show, and Theo in the later stages of some (possibly courted-mandated) anger management therapy, they decide to take off for a nice vacation in Wales before Susanna's next big project takes her away for eight weeks. Unfortunately, the house they picked off the internet may well have picked them, as it seems to suffer from strange geometries that would make Euclid throw down his protractor in disgust. Nothing fits right, there are lights with no switches and switches with no lights, and extra rooms and doors that you can never find twice. True, it's a modern build, so you can expect some contractor glitches, but the mysterious figures and strange shadows that haunt Theo's dreams and those unmappable corridors can't be blamed on shoddy construction.

You Should Have Left reunites filmmaker David Koepp (best known for writing credits on Jurassic Park, Carlito's Way, Death Becomes Her, Spider-Man, and most of your '90s favorites) with Bacon. It's been 21 years since their last supernatural collaboration, Stir of Echoes, was unfairly savaged as a The Sixth Sense knockoff, even though they were only released a month apart. The writer/director does love ghost stories that play with the idea of the protagonist's mental health, having rustled around similar territory in 2004's superior Secret Window, starring Johnny Depp, and again in the clunky Ricky Gervais vehicle Ghost Town.

That makes it easy to see why he'd be attracted to adapting Daniel Kehlmann's lean 2017 novella Du hättest gehen sollen for the screen, not least because its sense of ambiguity would leave him some space to build out the story more. Half of what he adds is fascinating: rather than ignoring the 27-year age difference between his leads, it's a constant nagging thought at the back of Theo's head, re-enforced every time Susanna tells him he needs to stay out of the sun, and in the way the security guards on-set presume he must be her father. Sadly, the other half - a series of derivative plot points done much better in What Lies Beneath, Reversal of Fortune, In The Mouth of Madness, and, yes, Stir of Echoes - drag the momentum down. None of this is helped by the inclusion of Blumenau in the thankless role of a local shopkeeper, who keeps a good stock of leeks, dairy produce, and exposition dumps.

If Koepp as a writer had leaned into those elements he sets up early, then maybe Koepp as a director could have done more with them. The sequences of Theo exploring and then trying to escape the impossible house are surprisingly effective, and Bacon, as always, excels as the everyman in nightmarish situations. But, even if he can't work out what's happening, the audience will definitely see the telegraphed and sadly predictable ending coming.

You Should Have Left is available on VOD now. 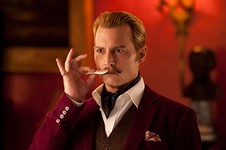 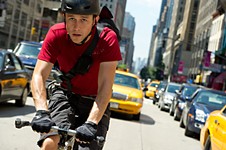 Premium Rush
Joseph Gordon-Levitt rides like the wind, and Michael Shannon plays his usual nut job, but Bullitt on a bike this film is not.