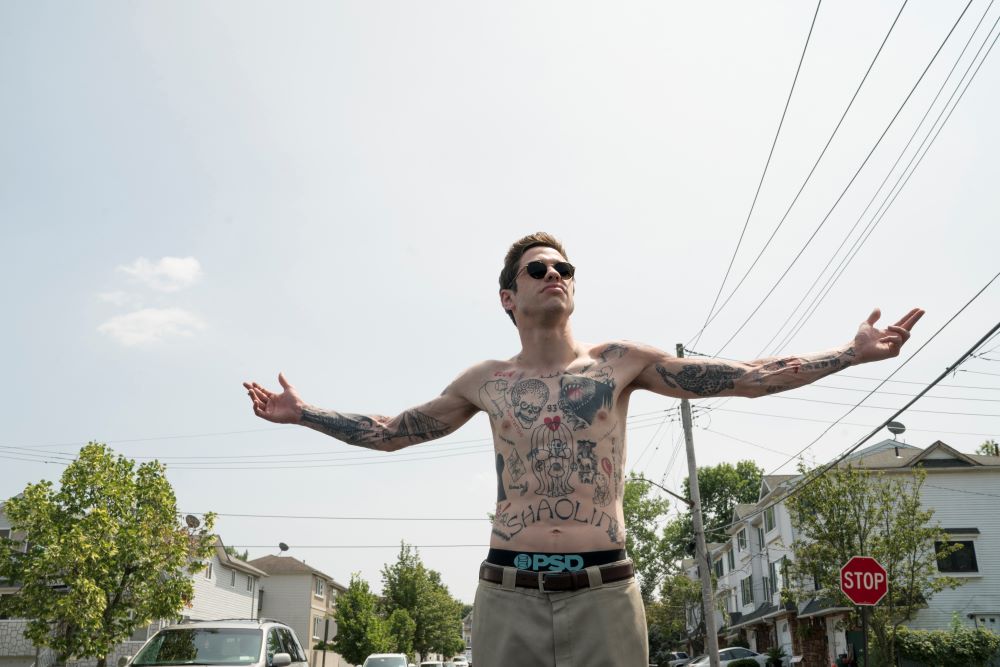 The King of Staten Island

It's pretty easy to dislike Peter Davidson. Saturday Night Live's resident stoner-slacker exudes an aura of lazy smugness. Even if you like his schtick, he's been part of some of the worst sketches in the show's recent run (was he even awake for the RuPaul episode?). But Scott, his proxy in the semi-autobiographical The King of Staten Island makes it clear that he's not a big fan of himself either. "I'm sorry, I'm sorry," Scott says to no one in particular, after almost causing a multi-car pileup. He closes his eyes, takes his hands off the wheel, and almost kills a bunch of people because he's so in his own head. Immature, selfish, hanging out with his loser friends in the basement or the beach, emotionally torturing his sister, mooching off his mother, and constantly using the death of his firefighter father as a glib excuse for everything.

At 24, Scott has weaponized his damage and throws it in everyone's face. This could get irksome pretty fast, but writer/director Judd Apatow dodges falling into that particular pit. In arguably his most rich and nuanced work since 2009's comedy-and-cancer dramedy Funny People, he gets to the beating heart of this difficult, obtuse, charming, broken, irascible, and clearly creative figure.

The inevitable catalyst for Scott's delayed maturation is his sister, Claire (Maude Apatow), heading off to college while he's still lollygagging around in his mom's house, paying daily homage to the living room shrine to his dad. It's a space that defines him, that stopped him from ever being more than the seven-year-old kid whose dad never came home. Is it an excuse? Is it a reason? Whichever, it's made him a drag on his loving mother (Tomei) who finally starts dating again. Who does she pick? A fireman. Their introduction isn't exactly a meet-cute, but Ray (Burr) is a good guy and likes her, and she likes him, and their little pushes to get Scott moving drive the story toward something like emotional growth.

There are more than enough plot and character beats in common with Davidson's last dash at this kind of critical self-portrait, by-the-numbers coming-of-age-drama Big Time Adolescence: Davidson playing a wastrel imitation of himself coming to terms with his status as a burnout because of a newly acquired proxy big-brother status (here to Ray's kids), his dysfunctional relationships with parental figures, his lousy risk assessment, and astonishing flair for irritating strangers. They even both include cameos by rapper/actor Machine Gun Kelly. That said, The King of Staten Island is by far the better use of Davidson as a reflection of himself.

Still, it's overly long - a constant issue with Apatow, who hasn't managed to cram a narrative into under two hours film in the last decade - and so really depends on Davidson's inherent lackadaisical charm. It's impossible to separate the performer and the character (not that you're meant to), and it would be easy for him to passive-aggressively dominate the screen much as he does the lives of the other characters. Yet Apatow isn't interested in just letting Davidson run the show, and when Burr and Tomei are left alone it's a wonderful depiction of a couple finding a little happiness later in life.

There's also real breadth in scenes between Burr and Davidson: The older stand-up doesn't give any ground but still tries to give the screwed-up young man something to cling on to in several firehouse scenes. They add a relaxed joviality, which, as is clear now, is when Apatow finds the most humanity in his characters (look out for a great, warm cameo from Buscemi, a nod to his own real-life career in the FDNY).

Is there something therapeutic here for Davidson? It seems inevitable, but he and Apatow do more than just roleplay his real-life traumas. Like the Staten Island that he love-hates, his imperfections make him fascinating, and his humorous trip to self-growth and self-forgiveness make the divisive star a lot easier to understand.

The King of Staten Island is available on demand, including Alamo on Demand, now. 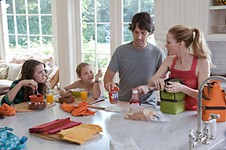 This Is 40
Growing old gracefully is not an option in Judd Apatow's world.