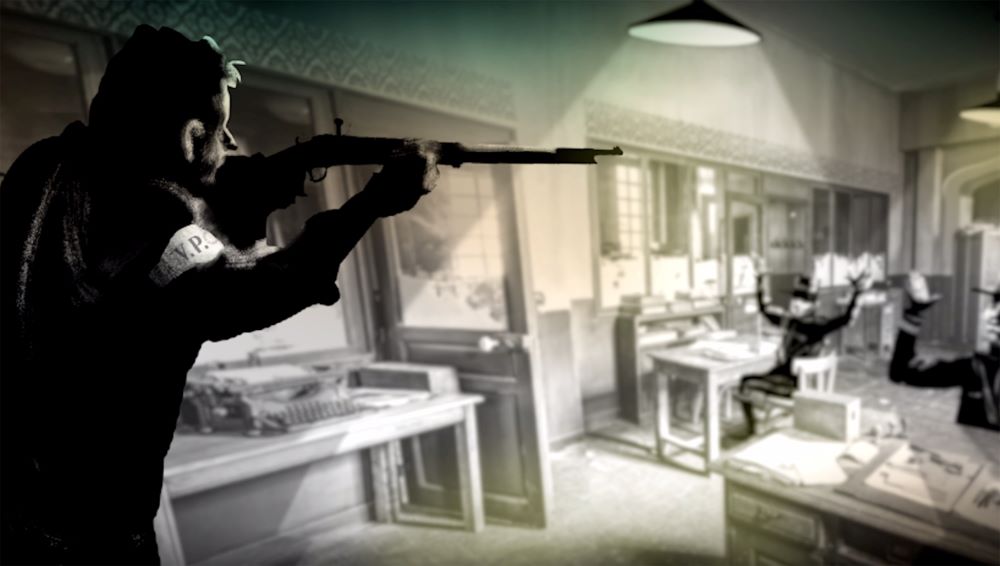 Most history is forgotten. Even if it's recorded, it slips out of the primary narrative, out of the text books, overshadowed. That's why Shadows of Freedom begins with a three-minute history of the invasion of France and the creation of the Vichy Republic. Why? Because, bat Vichy France being a punchline for American politicians, most Americans don't know anything about it. Further than that: most of them have no clue that D-Day wasn't the first time that the Allies launched a coordinated attack on Nazi-held soil, because they've never heard about Operation Torch - a full-on invasion of French Algiers in November, 1942. Further than that, the odds of them having any clue that they were assisted in their efforts by a band of 388 resistors - many young, Jewish, or Socialist - and most specifically the Jewish French Resistance, lead by a young firebrand called José Aboulker, working with the Free French Army.

Amos Carlen and Aline Robichaud's straightforward and fascinating documentary about this pivotal military operation (no Torch, no beachead to launch Operation Husky to take Sicily, no road to Rome or Berlin) is often breathless, having to cram a huge amount into 65 minutes. It also makes clear that a documentary Rubicon has been crossed when it comes to World War II - there are fewer and fewer surviving veterans of the conflict to interview - so they construct the story though a combination of archive material, animated recreations, and conversations with academics and historians.

The documentarians get a little caught in the context trap. They spend so much time explaining the background of Torch that it takes them half an hour to get to the real meat of the story - Aboulker and his friends secretly launching a resistance force out of an Algerian gym, and accidentally stumbling into assisting the Torch forces. That would be less of an issue if the film wasn't a brisk 65 minutes, but it's a forgivable flaw because most people will have no clue about any of this.

Shadows of Freedom often feels more like a making-of for a different film. If Steven Spielberg had filmed the story of the Algerian resistance back in the early 2000s, when extravagant and elaborate DVD extras were all the rage, it would fit perfectly in a three-disc edition. Its linear approach is both informative and analytical, and Aboulker inevitably becomes the most central figure because he gave the most extensive post-war interviews. His insights into the days of the rebellion, supplemented by Joseph Sherman' wonderful sketched illustrations, give spark to the dry but fascinating history lesson (it also doesn't dodge that French North Africa was an imperial occupation, even if the French viewed it as part of France).

The greatest compliment that can be paid to Carlen and Robichaud is that you'll wish there was more of their film. They present the true story of an incredible struggle, with all its great tragedies, terrible losses and happy accidents (wait for an entertaining aside between Aboulker and the American soldier who sort-of single-handedly liberated the city). It's also a pointed reminder that both Operation Torch and the Jewish resistance are often overlooked, and the talking heads don't steer away from addressing the complicated reasons for both those omissions. Double-bill this with another forgotten story of the French Jewish resistance, Marcel Marceau biopic Resistance, for a fascinating insight into this overlooked chapter in anti-Nazi history.

Shadows of Freedom is available on Amazon Prime and other VOD platforms now.