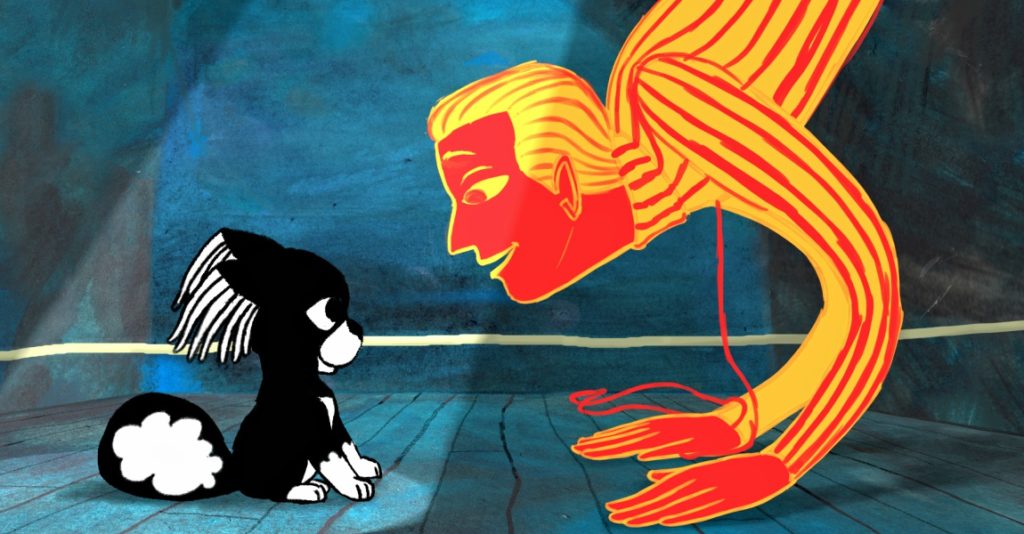 There's a saying about zombie films, that they're all the same and there's nothing left to say: Yet every five minutes there's a new movie that reinvents the genre for just long enough for everyone to forget that it's supposed to be dead.

The same can be said for dog films. How often can we watch a canine narrating the many lives they have lived with a long succession of owners? Over the last couple of years we've had A Dog's Purpose, A Dog's Way Home, A Dog's Journey, and a new adaptation of the grand sire of them all, The Call of the Wild. Well, guess what? Like zombie films, dog films remain an incredibly robust form, always saying more about people than they do about the inner workings of the canine cranium. Most especially, in this case, the fecklessness and irresponsibility of their two-legged guardians. Why all their complexities, says put-upon Parisian mutt Marona (Brocheré) when there are simpler joys in the world?

Yet joys are in short supply in her hard life and unfair death (fair warning: the whole story is narrated by Marona after having been hit by a car in the opening seconds). Writer-director Damian was inspired to consider the life and hardships of such a loving creature when a stray entered her own life, and she provides the compassion in cartoon form that such canines deserves in real life.

Much as Joaquín Cociña and Cristóbal León did in the recently-released stop-motion The Wolf House, Damian creates Marona's world through a wide mixture of media, from 2D and 3D CG to stop motion, classic cel work, and even chalk on asphalt. Much of the aesthetic is defined by her vibrant collaboration with Flemish artist Brecht Evens, who leans hard into his Naive tendencies to create the cast of performers through whose life Marona scampers. However, the smartest decision was in switching animators between owners, so there's a change in tone between Dan Panaitescu's representation of Manole, the vibrant and kinetic acrobat who first rescues Marona, and the stoic construction worker, Istvan, who takes pity on this stray. One is a rubber ball wrapped in floating strands, the other a brick, and they need to feel different. Watching them drift across the dog's life is like sliding between exhibits by Joan Miró and Heinz Edelmann at a gallery – related but distinct. At the same time, having the team of Gina Thorstensen and Sarah Mazzetti handle the backgrounds gives a sense of continuity, even when switching between the Mondrian-style blocky apartments that Ivan builds and the pastoral bliss of young Salome, the girl who finally takes Marona in.

However, unlike The Wolf House, the shifting styles of Marona never feel like change for change's sake, or like an extended highlight reel. Each sequence carries a different tone, a reflection of Marona's inner life and inner light. Even in her tragic end, her fantastic tale keeps wagging with hope.