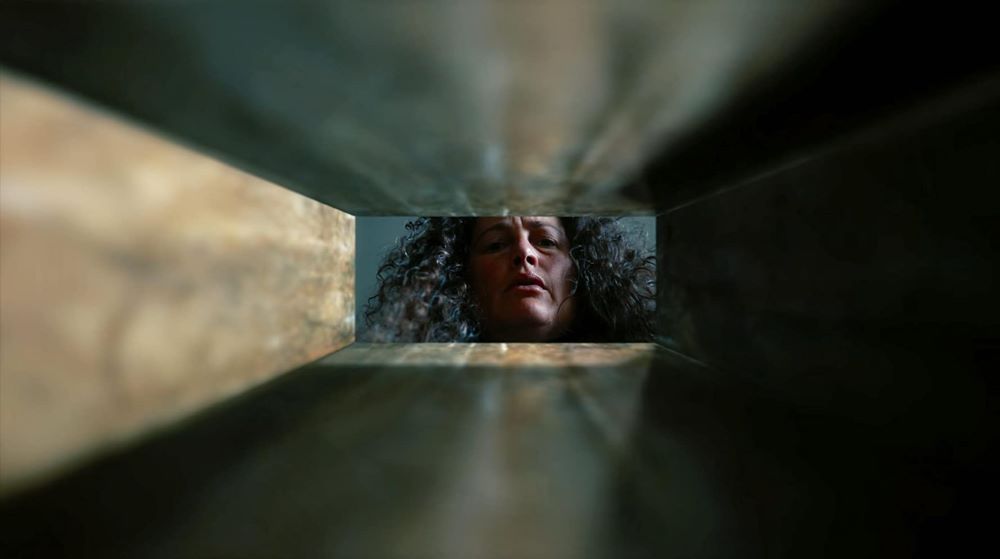 What would you do for revenge? Kill someone? Risk damnation? And what would you do to avoid such retribution? Indie Horror The Deeper You Dig stares deep into the abyss as it asks these simple questions that drive every revenge drama - in this case, drives them straight to Hell.

It's easy to see why Ivy (Poser) would do anything when her daughter, Echo (Zelda Adams), disappears. A small-town psychic, bilking old ladies of cash to talk to their dearly departed, Echo is all she has. And it's all too easy to see why Kurt (John Adams) is so terrified. Broke, renovating the house next door, he didn't mean to run Echo over, and she shouldn't have been sledding in the dark by the road anyway. When he decides to just bury her body and pretend it never happened, it's a selfish, short-term solution – especially since the frozen soil only allows the shallowest of graves. But what's dead doesn't stay buried for long, especially since Ivy isn't as much of a fraud as she first appears. Driven to madness and despair, Ivy is prepared to walk through the literal gates of Hell, but at unimaginable cost. "It is not you that goes through them," she is warned, "it is they that go through you.

The Deeper You Dig rips up so many of the rules about the haunted house drama, replacing them with a fresh sense of dread, and a visual ingenuity that doesn't fall back on cinematic standards. There's a sequence in which horror comic fans might see traces of Will Simpson's run on Hellblazer, and the general vibe screams of Keith Macmillan's sleeves for the first four Black Sabbath albums. It may not be deliberate, but it has the same sense of intimate dread, all springing from Ivy's keening grief and Kurt's febrile desperation.

An out-of-nowhere smash at Sitges, Fantasia, Fantastic Fest and Screamfest last year, The Deeper You Dig may be a small production, but everything in it feels aspirational, so much bigger and heartfelt and horrifying than can be expected. John and Zelda, pulling further duties as cinematographers, push the edges of reality, giving the cold community a sickening twist that will stick in your mind's craw. Hell isn't an inferno, the filmmakers suggest: It's getting what you want at a soul-destroying cost.