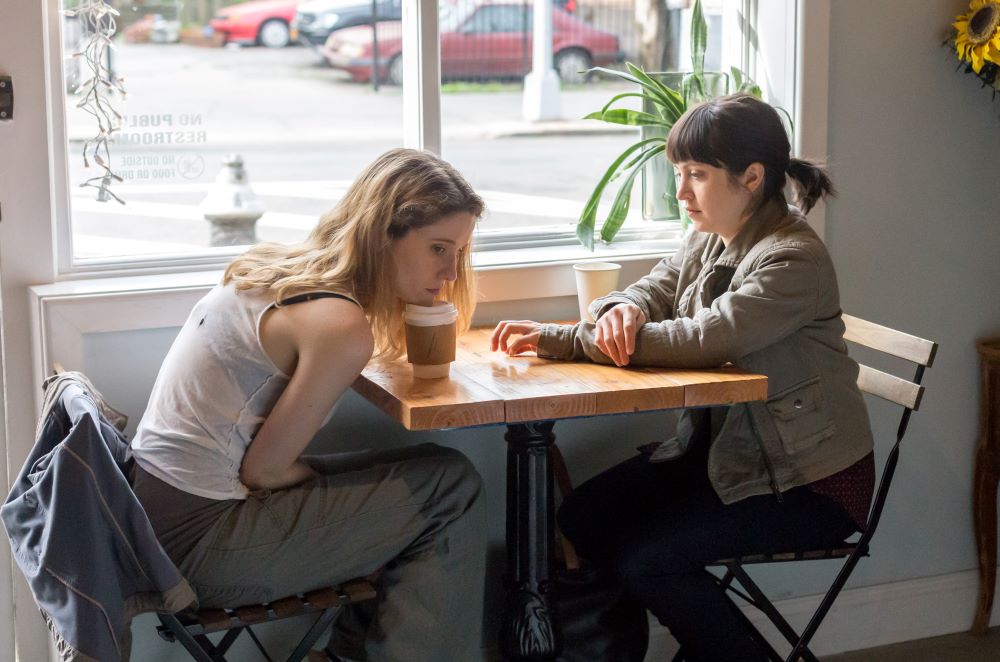 Over the course of hundreds of independent features, cinema has romanticized New York as the definitive crucible of youth. If you’re privileged enough to move to NYC after college, movies suggest you will soon find yourself on a path toward success or on the path for personal disaster. For many, though, New York can serve as the ultimate liminal space, a time defined less by progress than by a comfortable holding pattern.

This is the world occupied by Mara (Medel) and Jo (Kuhling), the twenty-something leads of Dan Sallit’s new film. Unfolding over the course of a decade, Fourteen follows the two young women as they navigate their careers in New York and their shared lifelong friendship. Friends since middle school, they find comfort in their unspoken roles: Mara the voice of reason, Jo prone to impulsiveness. But as romance and careers begin to pull the two apart – and as Jo continues her lifelong struggle to manage her unnamed mental illness – the ties that bind slowly dissolve. What remains is a series of not-unwelcome intersections as Mara adjusts to her own version of adulthood.

From their first moments onscreen together, Jo and Mara exist in a state of tension. Sallitt and cinematographer Christopher Messina introduce their characters across a visual divide, capturing Jo at rest on her couch as Mara’s reflection occupies the mirror above her head. For a film otherwise devoid of profilmic flourishes, this framing stands out. It conveys not only the emotional space that separates these two characters, but also that our understanding of Jo will be limited to Mara’s perspective. There’s something inscrutable about Jo’s intelligence and eccentricities; this allows Fourteen to constantly reveal new information about her without feeling contrived.

Rather than detract from Medel and Kuhling’s strong character work, the passage of time – captured as a fragments where relationships and jobs skip forward between scenes – only deepens our appreciation for their friendship. Theirs is the kind of bond that cannot be undone over a single conversation; the only thing that could pull Mara and Jo apart is the inevitable drift of adulthood. We begin to evaluate the strength of their relationship not by the content of the scenes but the amount of time that has elapsed between them. When the two meet and remark that it has been years since they connected, we are meant to feel the pain of that separation more acutely. After all, months for them were just moments for us.

Fourteen also offers a more nuanced look at mental illness. Despite seeing dozens of psychiatrists over the years, Jo struggles without a satisfactory diagnosis for her issues, admitting that the not-knowing is often the hardest part for her. This is a big scene for the film, but also one that refuses to sensationalize Jo’s struggles. For her part, Mara understands the importance and sacrifice that comes with being the one who always answers when Jo calls. It may not be sustainable, but it is a role she will embrace wholeheartedly for as long as she can.

There’s nothing in Fourteen that moviegoers have not seen before, but the empathetic performances by both Medel and Kuhling make this a journey worth taking. It’s the kind of film that makes you want to check in with an old friend you’ve lost touch with, just to ensure that their struggle is not being lost to the advances of time. May there always be space in cinema for small stories told this well.

Fourteen is currently available as a virtual cinema release through local arthouse cinemas. Choose from: 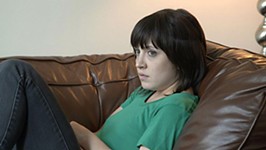