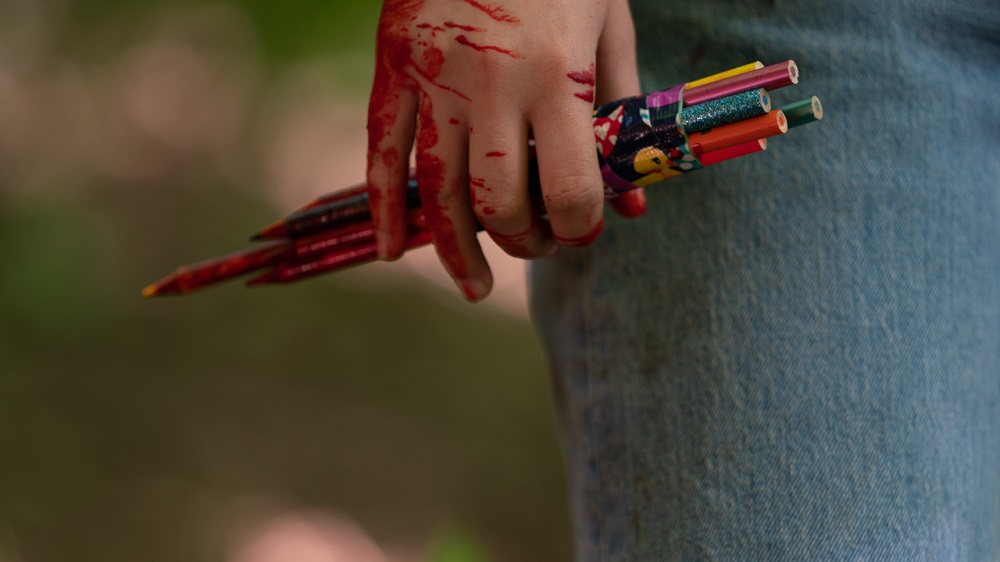 OK, can we take five seconds to ask ourselves why no one realized that Kevin James - yes, the former king of Queens - makes a great cerebral heavy? Maybe we were just so used to him as the moonfaced Doug Heffernan, or maybe it's just that we hold being friends with Netflix star Adam Sandler a less forgivable sin than being Netflix star Adam Sandler. And while Becky isn't an Uncut Gems-level revelation, no one with a lick of sense is going to ignore the controlled violence he brings to the part of Dominick, the escaped Neo-Nazi who breaks into the wrong house in unhinged home invasion thriller Becky.

Dominick is all about control. He's quite prepared to tell his victims what he's about to do because, by the time he walks in the room, their fate is sealed. Oh, he keeps his hands clean. He gives a henchmen a glimpse, and they break a stranger's neck. As a merciless depiction of a fascist monster by an affable figure, it's right up there with Patrick Stewart and his gang of Oregon fuckheads in Green Room in the unexpected stakes.

True, Becky is a little more Roger Corman schlock than Jeremy Saulnier's twisted masterpiece, but that doesn't take the edge off the fact that when Dominick and his gang walk into the remote summer house of widowed father Jeff (McHale, putting his trademark comedic snark to one side), their plan to extract a mysterious McGuffin is derailed by a teenager. Becky (Wilson) goes full First Blood when the bumbling blackshirts menace her family, but it's not purely out of love. Already filled with rage at the cosmos because her mother died of an undisclosed illness, and she pissed because her father is already moving on with a new fiancee (Brugel) and soon-to-be-stepson (Rockcliffe). Absurd as the initial pitch may be, you end up buying into the idea that she can take on this quartet of jackbootboys.

Codirectors Milott and Murnion were supposed to have a breakout success with creature-comedy Cooties, but that didn't quite happen. They had a minor underground success in 2017 when they sent deranged Texas separatists to get their asses kicked by Dave Bautista in Bushwick. For those that had the dark pleasure of watching their last full-blooded throat punch to fascists, it's pretty clear that they don't take prisoners. Eyes are gouged, knees capped, Becky and Dominick are both committed to what they're doing, as opposed to Maillet (like Bautista, a former WWE wrestler-turned-actor) as Dominick's proxy son, Apex, who has started to realize that murdering kids for "the cause" isn't as honorable as he may think.

James' turn is an unexpected pleasure, but between Ouija: Origin of Evil and The Haunting of Hill House, and Sharp Objects, Wilson is already a hardened hand in the horror/psychological thriller business. She takes what could have been a nonsensical character and binds Becky together with pure adolescent rage. In turn, Dominick respects a kindred spirit, which just shows how deranged he is. It shouldn't work, but somehow (with assistance from Nima Fakhrara's excellent discordant score) together they find the perfect off-kilter balance.

And even if this all seems a little absurd for you, just take a degree of pleasure in seeing neo-Nazis getting brutalized by a teenage girl. That never gets old. 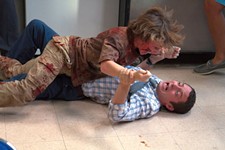