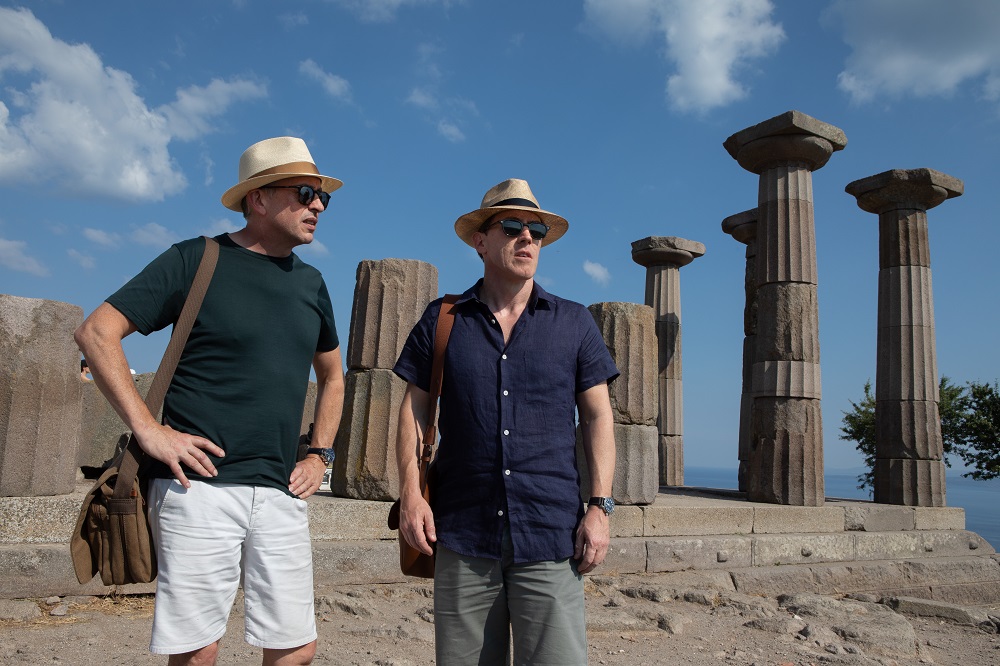 The Trip to Greece

This is the fourth outing in 10 years pairing UK actors and entertainers Steve Coogan and Rob Brydon, who are tasked with playing UK actors and entertainers “Steve Coogan” and “Rob Brydon,” with elements of their real biographies skating figure-eights around their fictional personas. So far the kinda-sorta friends – thin-skinned, puffed-up Steve and the jesterlike Rob, nipping at his heels – have clomped through England’s Lake District, raced a convertible through Italy, chewed over middle age and paella in Spain, suffered heartbreak, had affairs, and run through tickling impressions of Michael Caine, Dustin Hoffman, Al Pacino, and Anthony Hopkins. Much as previous installment The Trip to Spain used Cervantes’ Don Quixote as its lodestar, The Trip to Greece turns to Homer’s 3,000-year-old adventure yarn The Odyssey, with some irony, given how slack this new material is.

Some admixture of scripted and improv (a screenwriter is never credited), The Trip to Greece follows the same path as Odysseus, final destination: Ithaca, and gestures at some of the same concerns – fathers and sons, husbands and wives. There’s nothing half so provocative as the final moments of The Trip to Spain, which challenged its leads’ white privilege and came closer to the overtly political films speckling the CV of magpie director Michael Winterbottom (The Road to Guantánamo, 24 Hour Party People). Spain ended on a cliffhanger, one this sequel waves away in a sentence. Here, the lads are back to a kind of performative wokeness, which is entirely on-brand for their characters but still feels like treading water. The repeat of Michael Nyman’s searching piano compositions? A reminder that past films had more soulfulness. The Mick Jagger impressions? Wearing out their welcome. Even Steve and Rob admit to finding each other at times exhausting.

I’m coming down harder than I meant to. If you’re a fan of the series – and I am – you’re still going to fan. (There’s no entry point for newcomers; it’s too in medias res.) The scenery is lush. There’s ever the pleasure in Steve and Rob’s company. I just wanted to feel by film’s end like I’d arrived somewhere new. Like the journey had been pulling me somewhere inevitable but still enlightening.

The Trip to Greece is available on VOD from May 22. 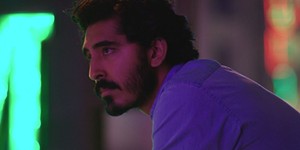 The Wedding Guest
A simmering thriller of international abduction and pursuit