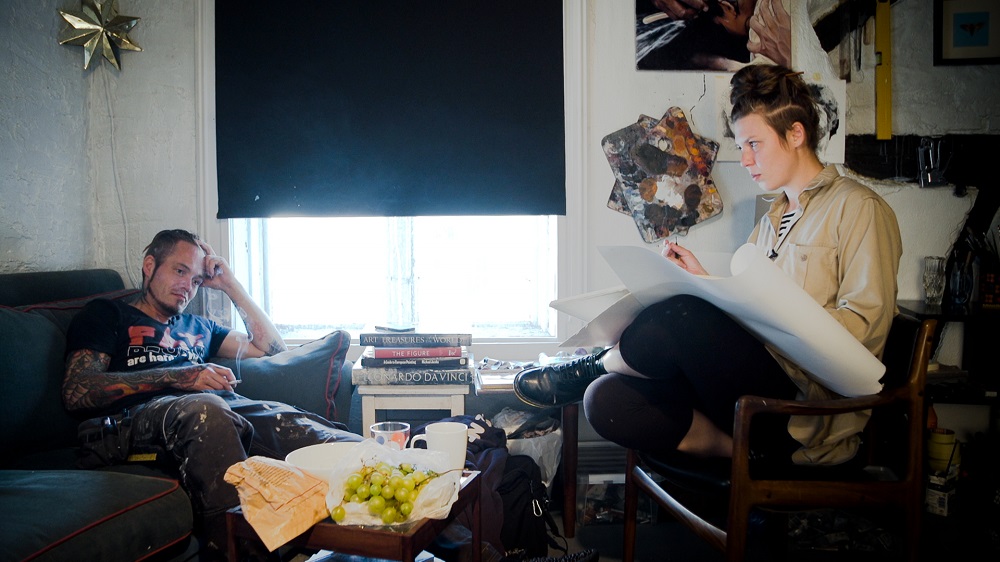 The Painter and the Thief

There's a theory that criminal justice is about a balance between three forces: The act of punishment; the process of restitution; and the end-goal of rehabilitation. If the convicted criminal does not come back into society changed, what is the point?

Those questions are pivotal in Benjamin Ree's documentary about the convoluted relationship between Barbora Kysilkova (the painter) and Karl-Bertil Nordland (the thief). In 2015, the rising naturalistic portrait artist heard she had two of her paintings stolen from the walls of an exhibition in Oslo. The canvases were never recovered, but one of the thieves – Nordland – was arrested, convicted, and sent to jail. She becomes fascinated with him during sentencing, when he says he stole the pictures because they were beautiful, and they begin an awkward friendship, often defined by him becoming her subject.

Is the film truly about the rehabilitative power of art, and the need for society to engage – culturally, emotionally, educationally – with those that have fallen through all the cracks, or is it an opportunity for a middle-class artist to feel good about themselves by taking on a pet project? It's the same sneaking suspicions that permeate any discussion about Truman Capote's relationship with Perry Smith, the "sensitive killer" figure in his true-crime classic, In Cold Blood.

Both Ree and Kysilkova are clearly enamored of their fractured subject, and are deeply in sync (the director even borrows the artist's signature mordant color palette of washed-out blues and ochre-tinged whites). Yet Ree's big reversal is that he doesn't let Kysilkova completely dominate the narrative, instead presenting Nordland's perspective as a semi-willing muse. It's a three-year relationship, one dominated by the questions of who is getting what from who, and exactly who the complicated Nordland really is.

It's two classic cinematic narratives about power and relationships – the artist and the muse, the criminal and the victim – given an intriguing context by juxtaposition. Yet there are some frustrating gaps that would have given the work more insight. At one end, Ree omits that Kysilkova called her first portrait of Nordland "The Pussy In You," a deeply loaded name. At the same time, there's no mention of Nordland's other victims from years of drug use and petty crime. It's not that he is undeserving of the rehabilitation and compassion that a rounded society should provide. It's those other elements, the punishment and restitution. Moreover, the majority of the documentary is in English, and while Kysilkova, Nordland, and Øystein Stene (Kysilkova's supportive and increasingly frustrated partner) all speak English perfectly, it seems implausible that this wasn't a decision made by or for Ree. Then there's Stene, a respected artist, filmmaker, and novelist in his own right, but relegated to such a side role that he becomes peripheral. As for the second thief, they disappear without trace until an oddly framed third-act reveal.

Yet, for all those frustrations, The Painter and the Thief doggedly reminds us that vengeance cannot be the sole redress against a crime.

The Painter and the Thief is currently available as a virtual cinema release through local arthouse cinemas. Choose from:

The Painter and the Thief, Benjamin Ree