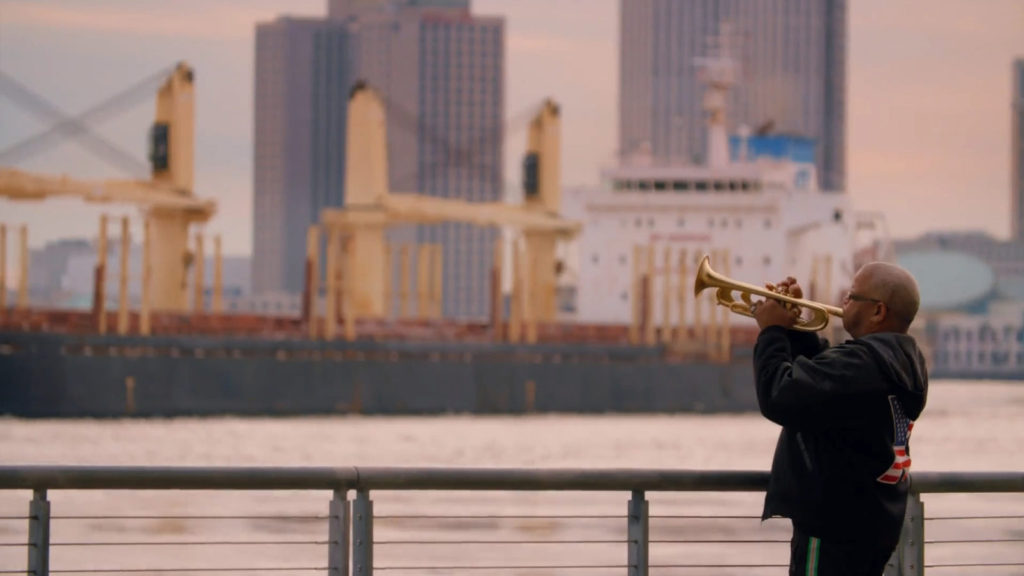 Up From the Streets: New Orleans: The City of Music

This gloriously messy celebration of New Orleans’ musical legacy is a savory gumbo of uniquely American ingredients – jazz, blues, soul, rock ‘n’ roll, gospel, funk, hip-hop – generously seasoned with love and respect for the largely African-American artists who forged that heritage over the past three centuries. It’s a near-embarrassment of riches, spoonful after spoonful of fascinating cultural history coming at you until you feel (by the end) you may not be able to take another bite.

Beginning with the 18th-century Sunday afternoons in which slaves and freemen jammed in Congo Square in the Tremé neighborhood, the film organizationally chronicles the Crescent City’s myriad music scenes by genre. Yet there’s so much to cover it often feels randomly put together, albeit wonderfully so. Its de facto Hall of Fame includes musical icons such as Jelly Roll Morton, Louis Armstrong, Mahalia Jackson, James Booker, Fats Domino, Cosimo Matassa, Preservation Jazz Hall Band, Professor Longhair, and Dr. John, to name just a few. In addition to some rare archival celluloid footage (there’s Sweet Emma Barrett on the piano!), Up From the Streets features relatively recent clips of performances by Irma Thomas and the Neville Brothers, among others. Regarding the latter, the movie observes that families such as the Neville and Marsalis clans have contributed much to the city’s ethnomusicology, even though the kinship often goes beyond blood. As one talking head observes: “The thing about New Orleans is that we all know each other, even if we’ve never met.”

While a few relatively famous (read: white) people like Keith Richards, Robert Plant, and Harry Connick Jr. make sincere appearances here, the movie is principally narrated by multiple Grammy-winning trumpeter Terence Blanchard, one of its executive producers. Based on Blanchard’s dominant presence, the undertaking seems to be his baby, although director Murphy’s passion is evident as well. Appearing in several scenes seemingly filmed over an extensive period of time (it’s unclear how long it took to make this movie; some of the participants are long dead), Blanchard sports a great collection of eyeglasses as he earnestly praises those who came before him and those who continue to make music in his hometown. He also performs in a few interludes accompanied by the E-Collective and singer Quiana Lynell that were shot for the movie, including a haunting rendition of the McCartney/Lennon composition “Blackbird”, a song that obliquely acknowledged the Sixties’ civil rights movement. But the musical trope the movie returns to time and time again is the chaotic joy of a brass band strolling down a French Quarter street, attracting people of all stripes to come together and celebrate life, if only for a while. In these increasingly polarized times, wouldn’t it be lovely to experience that pleasurable sense of community from time to time?

Up From the Streets: New Orleans: The City of Music is currently available through Eagle Rock's initiative whereby streaming “tickets” can be bought through virtual ticket booths for local arthouse cinemas. Choose from:

Up From the Streets: New Orleans: The City of Music, Michael Murphy