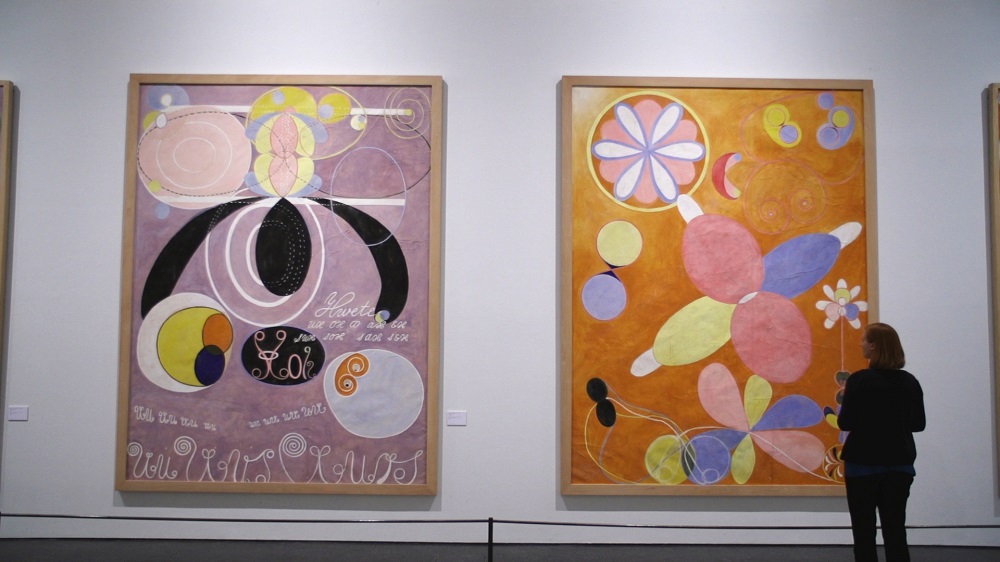 Beyond the Visible: Hilma af Klint

Great art made about great artists is the exception – see: Julian Schnabel’s Basquiat and Before Night Falls, Ian Bonhôte and Peter Ettedgui’s 2018 documentary portrait of Alexander McQueen, for a few examples. The rule is merely-serviceable-but-still-worthy work like this documentary exploration of Swedish artist Hilma af Klint. Never heard of her? Join the club.

In her lifetime, af Klint publicly showed almost exclusively naturalist pieces: portraiture, landscape, technical illustrations. More privately, she was exploring – nay, pioneering – abstract art, producing works in that mold as early as 1905, years before Kandinsky, Mondrian, and other male artists long considered part of the Western canon. Beyond the Visible: Hilma af Klint consults artists, curators, critics, and academics, as well as af Klint’s surviving family (and now stewards of her legacy) to explore how spiritualism influenced her work and what market forces conspired to keep her out of the major art museums.

A member of a five-woman séance group, af Klint said psychic transmissions inspired many of her abstract paintings, and the film devotes a lot of time to articulating how she depicted the invisible – not just ghosts, but tiny atoms and the massive, teeming cosmos. That’s useful context for a dullard like me, who doesn’t know how to “read” art; still, the film overemphasizes the intellectual and skimps on or outright ignores information seemingly essential to an overview – for instance, how and when precisely her abstract work was posthumously discovered and slowly introduced.

The film culminates in a 2016 exhibition at London’s Serpentine Gallery, including a breathtaking series called The Ten Largest: 10-foot-tall, brightly colored pieces depicting the cycle of life in four stages. (Dramatic reenactments – very rarely a good idea in documentaries – do help convey the sheer scale of these paintings, laid out on the ground and shot from above as an actress playing af Klint sketches barefoot.) If you’re paying close enough attention, you’ll notice, at the Serpentine, the back of the head of a woman staring at one of these paintings, a vantage we’ve seen before. And if you happen to look at the film’s poster, or two of the seven promotional images in its press kit, you’ll note the same woman – director Halina Dyrschka – one more image than is proffered of the subject itself, the artist, which feels like misplaced priorities to me. Although the filmmaker’s presence in her own film is never remarked upon, I imagine she felt compelled by a feeling of kinship with the artist; Dyrschka, a first-time feature director, is the first filmmaker to profile af Klint, which is a notable achievement. But I don’t think we’ve had the definitive film portrait yet.

Beyond the Visible: Hilma af Klint is currently available through Zeitgeist and Kino Lorber’s initiative whereby streaming “tickets” can be bought through virtual ticket booths for local arthouse cinemas. Choose from: 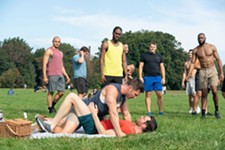