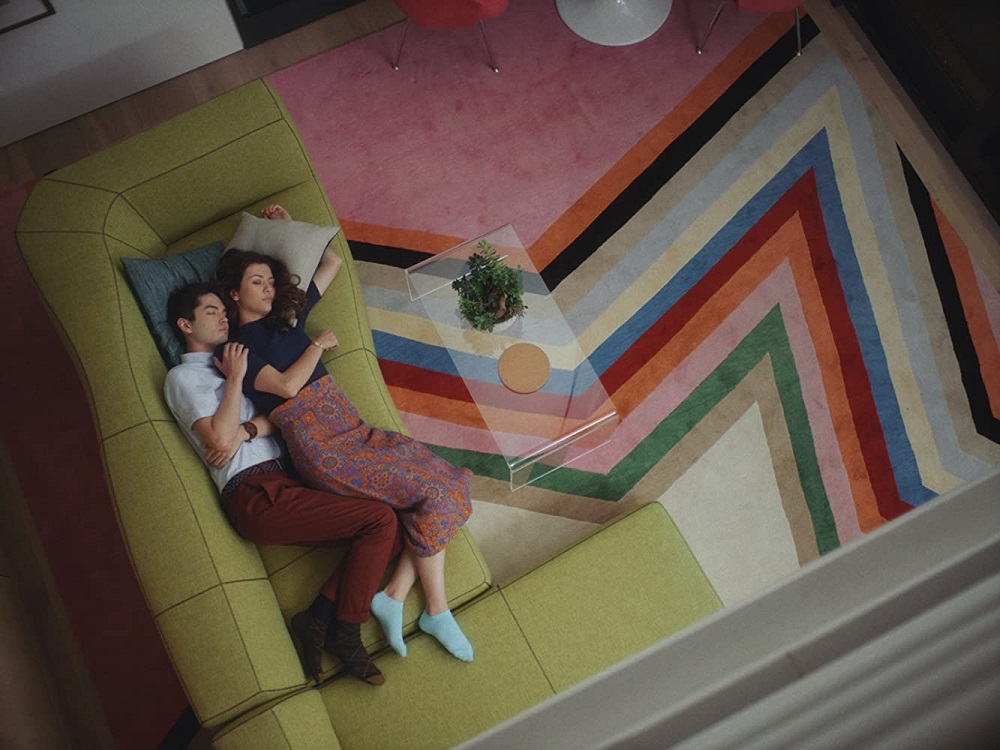 Straight Up is the classic meet-cute with an extra twist – or possibly a missing component. Professional house sitter Todd (Sweeney) and failing actress Rory (Findlay) are great together. They're both smart and funny, they support each other, they wear complimentary bad Christmas sweaters, they roll their eyes at the same excruciating moments inflicted by their friends, and the badinage between the two of them is exquisite.

The elephant in the room (or white elephant, as Todd keeps insisting) is that Todd is clearly gay. He knows it. Rory works it out eventually. If they'd seen Will & Grace, which they never have, they'd work this out earlier. But they're comfortable with each other, especially since she's OK with a career about pretending to be someone else, and he spends his life in borrowed homes.

The debut solo feature for writer/director Sweeney (he previously produced several shorts and a segment in last year's Bushwick Beats anthology) is a rat-a-tat screwball comedy with a very contemporary edge. Todd's plight, at a certain point, becomes the blinding torrent of labels that can be applied. Constant references to the Kinsey Scale are a clue, but there's so much more. The closest the film comes to an explicit statement of its underlying themes is a therapy session with Todd's shrink (Thoms as a woman who has clearly run out of spare empathy), in which he rattles through the sexual orientation shopping list of what he could possibly be and finds that they're all viable options. But knowing the choices doesn't make anything easier for him, or Rory, or the pair of them.

The white elephant/elephant in the room exchange is just one of many gloriously funny and insightful conversations between Sweeney and Findlay, in characters that feel like they would be the hilarious but one-dimensional supporting cast in a Hollywood version of this story. The last time Hollywood came close to this story was The Object of My Affection, the 1998 Paul Rudd/Jennifer Anniston vehicle that hit the same themes of the limits of a close, platonic friendship that crosses the lines into romance.

It only works because Sweeney and Findlay have such an incredible spark between them. That's no knock on Sweeney as either a writer or director. His script is stellar, and he shows perfect restraint in the visuals - scattering some incredible split-screen work whenever there's a rift between the happyish couple, and delightful editing work, with an emphasis on locked-off compositions that always delight. He also packs the cast with character actors big enough to explain why Todd and Rory find such support in each other (Park's jawdropping performance as Todd's bigoted father trumps just about every cringing meet-the-parents rom-com scene to date). Yet without Sweeney's nervous energy and Findlay's uproarious and arch sense of damaged comedy (evocative of Katherine Hepburn at her most scathing), there would be no reason to care as they try to work out whether that elephant in the room is a barrier or a pet. Instead, you want the best for them - even if they don't know what it is.

Straight Up is currently available through Strand Releasing’s initiative whereby streaming “tickets” can be bought through virtual ticket booths for local art house cinemas. Choose from: