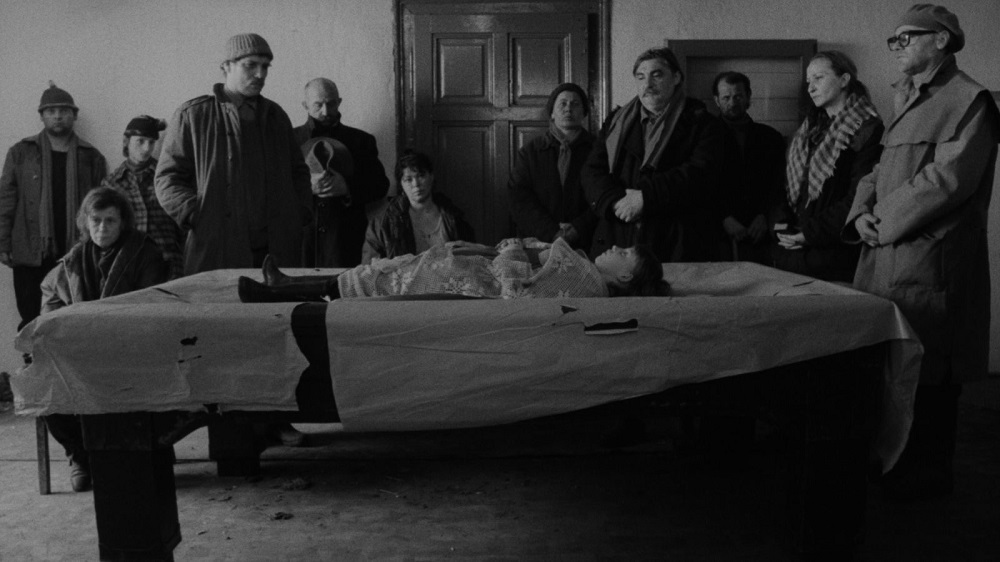 My friend Rachel has me pretty much convinced that Hungarian film director Béla Tarr is the devil. I leave it to hardcore theorists to fix whether he's truly the devil, a devil, or just demonic, but check this out: Exhibit A is the seven-and-a-half-minute opening shot of the seven-and-a-half-hour-long Sátántangó. Herded neither by dog nor man and distracted only by their bored-looking (but exquisitely composed) attempts at copulation, a herd of cattle fully enters and exits a frame that smoothly, perfectly tracks with them past a series of farmhouses, as their movements repeatedly complicate and complete a composition that effortlessly evolves over a couple dozen feet of dolly track. The camera is rigidly controlled, and the cows are ... cows. Dimly persuadable, sure, but somehow also more perfect here than the camera, in a shot that would be difficult enough with people. Did I mention the thing about 7½ minutes and 7½ hours? Plus I heard this was take one. The devil.

Speak of him long enough, and he arrives from Facets. Worshiped and talked up by a cult of international festivalgoers since its premiere in 1994, Sátántangó's mythic status owes partly to diabolical genius, partly to influence on the work of Gus Van Sant (particularly Elephant), and, let's admit, partly to bragging rights. You not only make it through but actually enjoy nearly eight hours of rainy, black-and-white bleakness about the failure of a communal farm, and you've earned significant envy in some quarters.

Perhaps there's an interesting experiment in cinephilia to be observed with a long-form legend finally set upon a market where it's not unusual to hole up for a weekend with 14-odd hours of The Wire. Not to say that any Béla Tarr movie remotely plays like HBO, but whatever Tarr's protestations to the contrary, I'll submit that he's actually a hell of a storyteller and far more accessible than his reputation would suggest, with the most graceful and straightforward control of nonlinear chronology going. Patience and attention to detail can be learned anywhere, perhaps in most places better than they're covered in film schools. And they're not handed out with film-festival badges, but they're more than amply rewarded by Sátántangó. Think of those cows, imagine what he can do with seven hours following people, and allow me to advocate that you make him a devil you know.

(A version of this review ran in the Chronicle in 2008, to mark the film's release on Blu-ray) 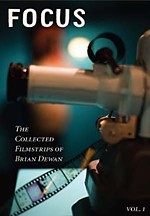 Focus: The Collected Filmstrips of Brian Dewan, Vol. 1
Just the thing for the hyperactive adult on your Christmas list