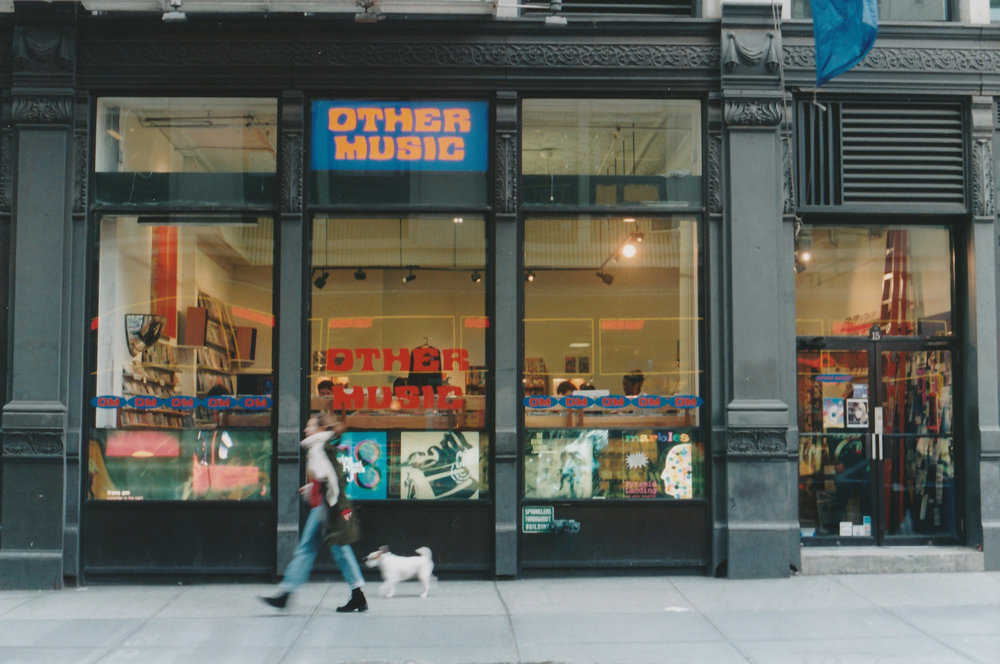 In the town where I went in college, there were three independent record stores, plus a whole bunch of second-hand dealers, and big locations for the national chains. Each indie store had its niche, and they interlocked into a network: One would have those cool imports, the other that underground 7" that nobody else did, the third would mix in bootlegs with legit releases.

They're all gone now, and they've taken an experience with them. As beloved institutions crumble and fall across the world during the coronavirus pandemic, the release of record store documentary Other Music seems more than timely. The New York vinyl mecca, which eschewed popular releases in favor of the obscure and cutting-edge, sold its last disc in 2016 after 20 years as a tastemaker location. For loyal customers, of whom there were many, it was the last blast of cool New York, an indie heir to spaces like Bleecker Bob's.

The problem with many contemporary NYC documentaries (and we are currently awash with them) is that they often forget that what makes somewhere like Other Music successful is the greater cultural infrastructure. Yes, they were as much part-and-parcel of that scene as a CBGB, but the reason they could have Mogwai drop by for an in-store performance is because the store was in the East Village, not Poughkeepsie. (It's also worth noting that, when non-NYC musicians like Stuart Braithwaite turn up as talking heads, their statements are non-specific, as applicable to Glasgow's Fopp, California's Amoeba Music, or Austin's Waterloo Records as to Other Music.) And what of all the other New York record stores of the era, or their successors, that still stand? The recently released The Booksellers, which took a deep dive into the world of antiquarian tome resellers, at least glanced at the new generation of micro-targeted neighborhood stores that have replaced the old guard. Other Music never looks into the ecosystem, or even mentions that it exists.

It's not that the film doesn't prove that Other Music played a terrific role in the development of the post-millennium Manhattan music scene. It's the sense of exceptionalism, and the irony is that many of the narrative beats - the passion for music, the collapse of the brick-and-mortar market for physical media - are very similar to All Things Must Pass, Colin Hanks' history of the rise and fall of Tower Records (quietly dismissed as the corporate enemy). There's even the same chorus about musicians who would drop by, weekly, to scour through the racks and pick up new gems. But which store had Elton John, and which Martin Gore? Similarly, the store's staff as chagrined that the birth of the internet damaged their role as experts/gatekeepers as they are about its impact on sales. There's a brief mention of the store's experiment with online sales, but in the ticktock history laid out here that fascinating interlude gets lost as a foot note.

Filmmaking duo Puloma Basu and Rob Hatch-Miller have undoubtedly done their homework, and aren't completely hagiographic. Where Other Music does break with the established rhythm of similar stories is a brief interlude where the exclusionary nature of the cool-kids' club kicks in. The clue comes when indie cinema mainstay and professional nerve-grater Jason Schwartzman says the staff's attitude could be a little off-putting. That's the one place where the NYC cooler-than-thou vibe is part of the narrative. Instead, it's shrugged off as just a bad day, even implied as the customer's fault. When Matt Berninger of the National praises staff with a shitty attitude over someone just trying to sell product, that's a moment when option three - good people trying to get good music into people's hands without being abusive - should be mentioned. Instead, it's the implication that having good taste lets you off some societal hook. But the flat fact is that knowing Can from Curved Air doesn't make you cooler than anyone else. The Black Books style of customer service, let it be known, is cute on-screen but just mean in real life.

The sequences where the film moves beyond the store, and places it within a greater context, are undoubtedly the most intriguing. The role of the store as a place for bands like Animal Collective to break has some interesting weight, as is a segment dealing with the impact of 9/11, and the impact of that catastrophic event on one downtown store - a story that is still under-told, 20 years later. As a record of a cultural institution, and the loss of a forum for art and community, Other Music is interesting enough, and arguably fascinating for fans of esoterica. But the camera should have taken a few more steps out of the door.

Other Music is currently available through Factory 25’s initiative whereby streaming “tickets” can be bought through virtual ticket booths for local art house cinemas. Choose from: