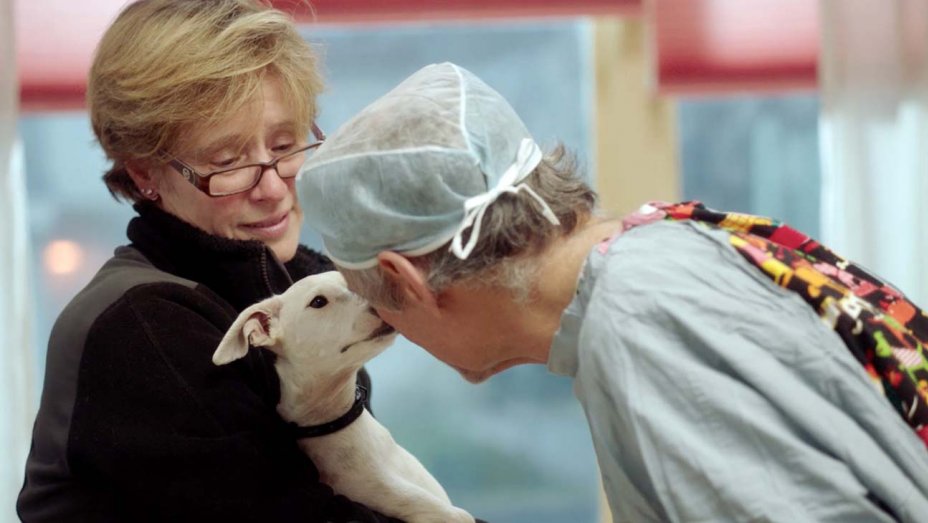 Referring to someone as a holistic vet summons images of cat-print kaftans and canine chakra charts, but Doctor Marty Goldstein, the nominal subject of The Dog Doc, is a Cornell-educated, certified and qualified vet with a practice in South Salem, NY. He just happens to apply some therapies that are unproven.

Or rather, unproven so far. Cindy Meehl (director of Sundance 2011 horse whisperer documentary Buck and executive producer on SXSW 2019 border wildlife tale The River and the Wall) depicts him as the medic of last resort, who even the vets who refer families to him regards as a kook. But the affable doc’s techniques, and his methodology of mixing very standard animal care with homeopathic treatments and avant garde procedures like freezing tumors, seem to be working. In her charming and heart-string-tugging documentary, Meehl shows him as a man who cares most about how his four-legged patients are doing, rather than proving some point about his theories. However, he also connects those two: After all, as he repeatedly notes, there's no placebo effect with dogs.

The toughest challenge Goldstein faces (other than dealing with so many adorable pups in pain) comes from his wife, who has clearly played a strong role in keeping his idiosyncrasies, if not in check, at least in focus. His dedication to being a practicing vet becomes a double-edged sword: he has plenty of case studies that show animals getting better, but his lack of interest in clinical trials that could see animals going without treatment, being left to suffer and die, means he doesn’t have publishable results. It’s easy to see why he would agree to a documentary like this: Not critical, but very definitely with eyes wide open to the fact that, like any form of medicine, veterinary practice does not make perfect.

There are no guarantees, and Meehl shows that these vets are just trying to keep these animals going with a good quality of life. Not every pet makes it, and The Dog Doc also goes into the emotional burden on the vets and vet techs in Goldstein’s practice. Several of them are professionals who were convinced by the end results of his work, even while he promotes radical therapies that have yet to be substantiated. In those moments, this is a very standard, but very heartfelt, documentary about how much vets care.

Is what Goldstein practices quackery? Some of it, quite possibly. But the end result is that a lot of his patients get better after having been written off by other vets, so something must be happening. As he puts it, the goal is to give his patients as better quality of life, and quantity usually equals quality. That admirable philosophy puts him ahead of some human physicians, and the radical pro-life movement that would keep every heart beating, regardless of quality of life and no matter how much misery they're putting the patient through. Sometimes we truly do treat dogs with more dignity than people.

A must-watch for animal lovers with a strong stomach (there is some pretty graphic surgical footage) and a stronger heart (because no one likes to see an animal suffering), The Dog Doc isn’t always going to convince everyone. But if the examples that Meehl presents of dogs that get a better quality of life, from the dog with cancerous jaw to the tiny pup with a fungal affliction, are emulated, and the veterinary establishment starts absorb what they can prove works from Goldstein’s apothecary, then maybe he’s been a researcher all along.

The Dog Doc is currently available through Film Rise’s initiative whereby streaming “tickets” can be bought through virtual ticket booths for local arthouse cinemas. Choose from: 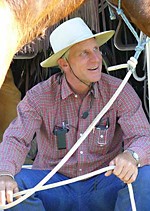 Buck
The real-life "horse whisperer," Dan "Buck" Brannaman, is the subject of this documentary that reveals how he derived his hard-won knowledge.