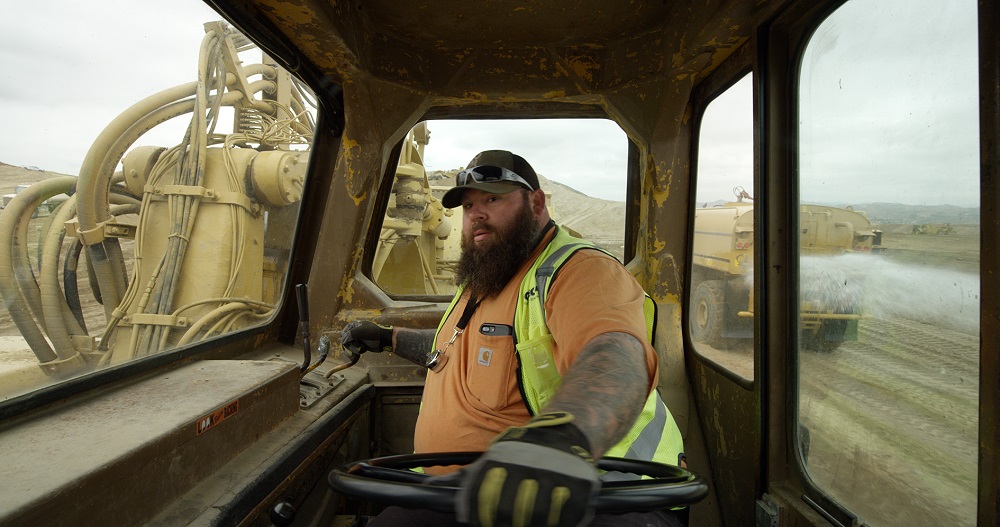 The land is in perpetual motion. Not the creatures upon it, or even the flora that pushes into it, but the land itself. Natural forces move around 60 million tons of sand and soil per day, globally, just through erosion, collapse, and build-up. But, as Nikolaus Geyrhalter's documentary Earth explains, humans have quadrupled that daily ebb and flow, drill and dump.

It's the polar opposite of shows like Yukon Gold and Swamp Loggers, where the act of reshaping the land is a side-effect of a chase for a goal. Instead, it's a globe-trotting observation of the monumental scale of humanity's impact on the physical structure of the planet's surface.

"Once we get there, it's not nature any more. It's work," one opencast mine driver sagely observes. These are jobs, and tough jobs at that. Until you've worked a job with heavy machinery you have no idea how much you're struggling with it, wearing your bones down at the same time as the soil. Geyrhalter's wise decision to interject commentary via interviews reverses the equation of the tone-poem abstractions of last year's companion thought-piece, Aquarela. In Victor Kossakovsky's analysis of the human relationship with water, we are always at its mercy (even if we don't realize it until our lungs are filling with brine). Similarly, Jennifer Peedom's symphonic paen to the highest of wildernesses, Mountain maintained a healthy fear of the peaks that humanity rightly avoided for most of its history. Instead, Geyrhalter sees the slow grind, like the act of sharpening a knife. Do it often enough, and you wear the blade down to nothing.

At the same time, Geyrhalter is clearly and understandably at least a little in awe of these impressive projects and the equally remarkable machines that execute them. He may not be lining up to direct an episode of Mega Movers, but it's hard not to be astounded when watching the 25-foot-wide Gotthard Base Tunnel - the world's biggest railway passage - being dug. Acting as his own cinematographer, he leaves the camera in place - whether it's on the cab of a giant earth mover, or a drone-eye view down on to a colliery, or simply interviewing a worker. It re-enforces the sensation that the movement is inexorable, but often imperceptible on the grand scale. It's not the tons of stone moved, it's that it happens so constantly. Those abstract images of marble mine seem impossible to comprehend, and by forcing us to absorb and interpret them, the scale is quietly staggering.

What holds Earth back from greatness is that, like the human erosion of the planet's surface, it too ends up being a little wearing. Each installment, each fresh location, is intriguing. Take the diversion to discuss the history of mining in the Roman Empire: It gives context, and a counterpoint to the Panglossian optimism of everyone digging their own new hole, and feels like the closing commentary. Yet Geyrhalter keeps going, seemingly not realizing the point has been firmly made.

What binds this all together is the context, the recurrent mantra from these miners and engineers, that the real issue is how many people there are. If they don't dig that coal or drill that tunnel, the refrain goes, someone else will; and if no one did, that's when you'd hear the complaints. It's not exactly the ecological equivalent of "I was only following orders," because everyone here understands the contradictions of what they're doing, the damage they're inflicting as they try to give people what they want and need. 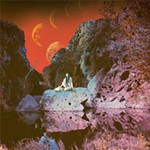