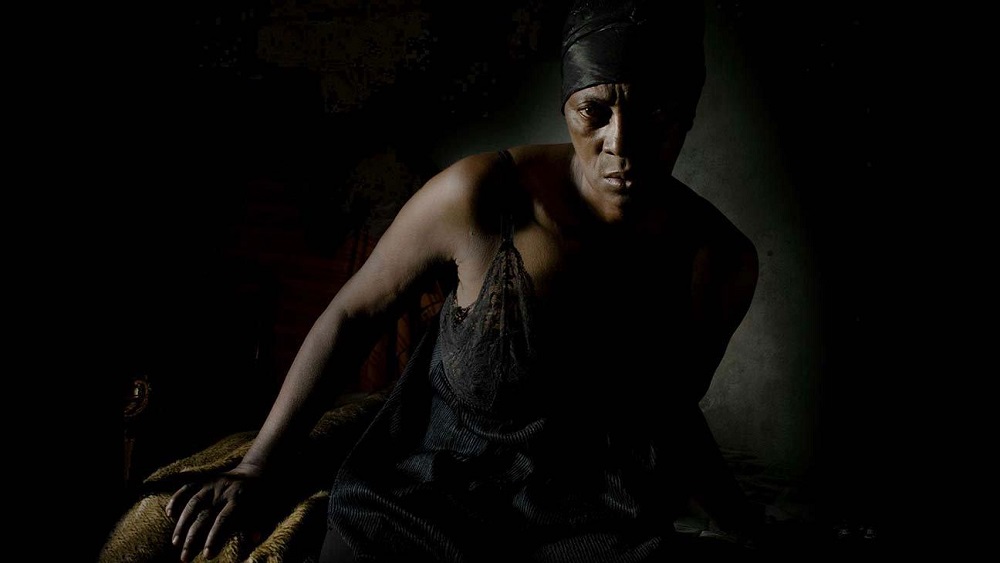 The great fear – well, one of so many during the coronavirus pandemic – is that we may not be there for the passing of our loved ones. In Pedro Costa’s minimalist story of widowhood and the isolation of immigration, made well before the current outbreak, it’s clear those concerns have always been part of so many – too many – lives.

Costa starts as he means to continue: shrouded in darkness, glacially slowly, with the audience as a static observer. The opening shot, almost two minutes long, holds fast as night-covered figures shamble in quiet procession past an unlit graveyard, the only sound the shuffling of their feet and the occasional click-click-click of a walking stick on the stone sidewalk. There is no exposition. Instead, everything we know is built from a series of images. A bed covered in blood, a room cleared slowly, personal effects burned – whether in ritual or because there’s no one there to claim them.

This is Lisbon, or more specifically the Lisbon of its mostly migrant underclass. Vitalina Varela (Varela, playing a fictionalized version of herself with tragic restraint) has flown from her home in the former Portuguese colony of Cape Verde to attend the funeral of her husband. He, like so many, had traveled to Europe in search of work, as a way to send money home. Yet that was 40 years ago, and the couple has been separated for two decades. At least, that’s what Vitalina believed: It was instead a quiet estrangement, as she finds out progressively how much her husband had forged a life. Whispers, hints, and implications let her illuminate the shadow left by a man she thought she knew. As a group of airport workers warn her as she descends, shoeless, from her plane, “His house is not yours. Go home.”

Vitalina Varela sees Costa refine all his stylistic traits – those signature long takes, textured darknesses that find whole spectrums in black and mottled tones, scarcely interrupted by pools of light. Throughout, cinematographer Leonardo Simões gives a masterclass, every shot like a newly discovered El Greco, a mixture of shadowy dread and candlelit intimacy.

Yet it is also a throwback to Costa’s midcareer-defining series of films set in Lisbon’s now-demolished Fontainhas slums: 1997’s Ossos, 2000’s In Vanda’s Room, and 2006’s Colossal Youth (collected by Criterion as the Letters From Fontainhas trilogy). It’s a place of a particular kind of poverty, almost timeless in comparison to the gang-run slums of nearby Cova da Moura. Costa’s Fontainhas is where the old migrant workers slowly await death in darkness and poverty. The presentation may be highly stylized, but the depiction of destitution is just one indignity after another – like the piece of ceiling that drops on Vitalina’s head while she takes a shower. Yet it is also a place of unexpected and quiet community. When an old friend of her husband’s drops by and suggests that this is not a night to spend alone, there is nothing sexual: Instead, he merely seeks and brings solace.

This is character study as portraiture, and – just like visiting a gallery – it places the burden on the audience to sit and wait for small details to be revealed through the act of observation. Much of this is derived from Costa’s use of first-time actors, who underperform rather than overact, emphasizing the deliberate formality. The only experienced performers – Varela and Ventura, both of whom have worked with Costa before – whisper, both in voice and emotion, and through that understatement sum up the crushing weight of wasted years and lost faith.

The obtuse, deliberate tone puts Costa further away than ever from his fellow great social commentator, Ken Loach, and shows his keen kinship to the equally studied and measured Tsai Ming-liang (I Don't Want to Sleep Alone). We see Vitalina – heartbbroken, bitter, lost – through the impact of those surrounding her, drifting past her, giving her glimpses of their lives. Those moments of connection and solace are tiny, but for her and us they are ultimately enough. 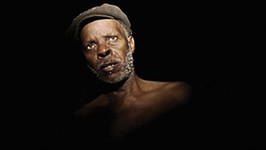