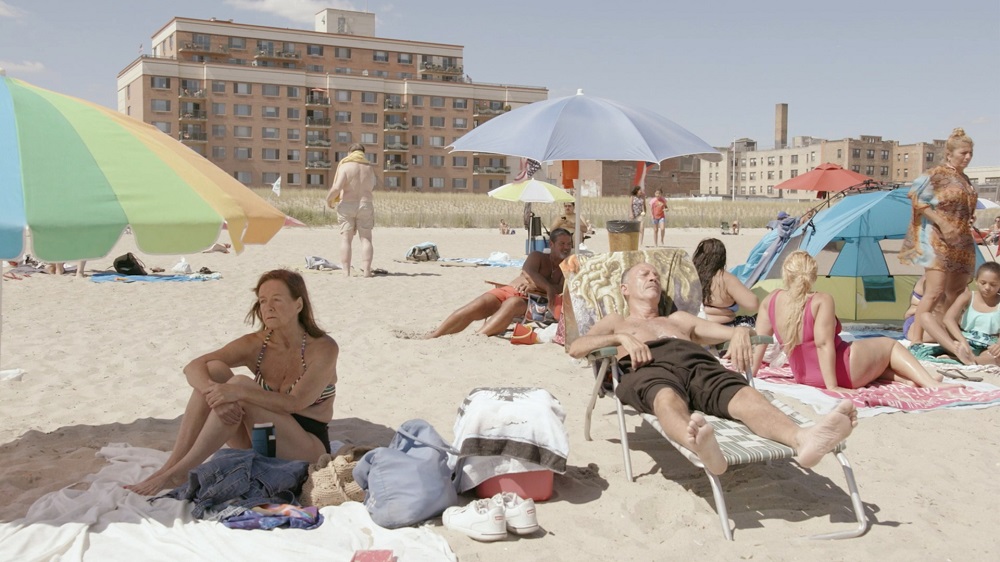 There are a lot of arguments about who was the single greatest chronicler of American life, but anyone that says it was anyone other than Studs Terkel is lying or kidding themselves. His synthesis of oral history, character profiles, cultural anthropology, and disarming folksy narrative was so unique, so seminal that it often feels like all documentarians are either leaning into it or rebelling against it. In The Hottest August, her landscape portrait of New York's outer boroughs in the steaming summer days of 2017, geographer, social commentator, and filmmaker Brett Story absorbs every part of Terkel's legacy.

Unlike the other documentary on current release looking at New York life, The Booksellers, there is no laser-like focus on one particular subculture. Instead, she assembles the city from glimpses of people in their homes or on the street. A Zumba instructor and her auto-mechanic husband. A couple of proud union construction workers. An Afro-futurist artist dressed as a spaceman. A college student fearful that she'll never have a career. An amateur astronomer waiting for the upcoming solar eclipse. Skate punks at the park. Sunbathers out on Coney Island. A naturalist tending to the returning osprey population.

There is no overt editorial voice: indeed, the only time Story is heard is in small, prompting questions. Narrator Clare Coulter adds a sprinkling of commentary - a dash of Zadie Smith's Elegy For a Country's Seasons, snippets of Annie Dillard's Total Eclipse, and segment of Karl Marx's Das Kapital - but Story is most interested and most successful when she simply lets her subjects speak for themselves.

That's part of what places this so precisely in the Terkel tradition. People want to talk, and Story simply gives them an opportunity, then stands back. Her bravery is in simply approaching strangers and having them answer simple yet huge questions. What makes them afraid? How do they feel about the future? This is interviewing as completing a circuit, or opening a faucet.

It's in the selection of material and interviewees that Story finds her true structure and message. At that moment, the world was trembling. The summer heat, the imminent solar eclipse, global warming, the new Trump administration. She catches everyone on a slight edge, and her simple, straight-forward, disarming line of questioning - and her willingness to give them a space to fill - allows for deeper, holistic insight. Juxtaposition gives strength to the underlying themes. A bunch of dancers play-acting like it's the 1920s, followed by housing assistance seekers straight out of the Great Depression, is as close to critique as Story comes. Instead, she treats everyone with a degree of humanity and respect that often eludes too many documentarians.

Yet the biggest compliment one can ever imagine for The Hottest August is that Studs Terkel would approve.

The Hottest August is currently available through Grasshopper Film’s initiative whereby streaming “tickets” can be bought through virtual ticket booths for local arthouse cinemas. Choose from: 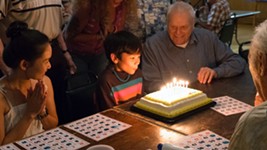