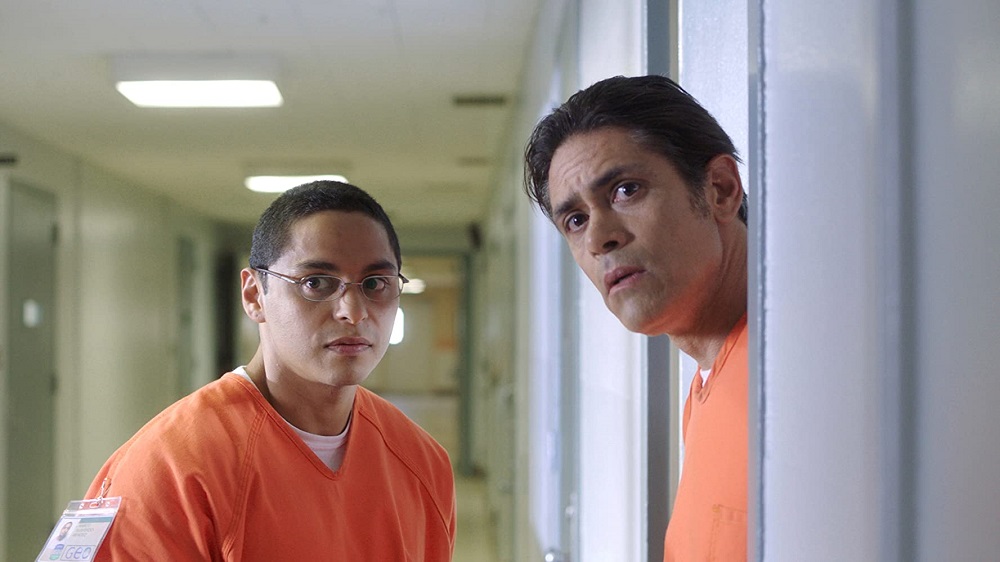 Illegal. Undocumented. Deportable. Inadmissible alien. “They’re all just other words for ‘afraid,’” explains immigration activist Marco Saavedra in the opening moments of The Infiltrators, a hybrid documentary/reconstruction of a daring yet legal prison break.

Buoyed by optimism and burdened with some shocking naivete, in 2012, Saavedra walked up to an ICE agent and basically begged to be arrested and deported. It was part of a bold and elaborate scheme by the National Immigrant Youth Alliance (NIYA) to get him into Florida’s Broward Transitional Center as an undercover organizer. The group – which, to that point, had mostly engaged in academic sit-ins – saw that the system was falling down because detained people couldn’t take advantage of it. Private immigration detention facilities like Broward are legal black holes, with the detainees deliberately kept away from the processes that might get them out, and Saavedra was there to covertly connect them with legal options and services.

UT grad and former AFS Filmmaker Grant recipient Cristina Ibarra and fellow director Alex Rivera structure the story in part as a fly-on-the-wall documentary, partially as a call to arms, and then as a mixture of a heist movie and The Great Escape-style gung-ho thriller, with Saavedra (who is undocumented himself) on the inside, getting names and stories and vital documents out to the rest of NIYA outside. The initial plan was to reunite one man, Argentinian migrant Claudio Rojas, with his family, but it soon grew to into a much bigger mission: to expose how the for-profit detention system works to get as many people deported as possible, without thought or appeal.

Every escape movie has to have a degree of tension and some vicarious thrills from seeing a cunning plan unfurl, and Ibarra and Rivera lean into those tropes hard (there’s even a classic “drop the vital envelope, pass it from hand to hand” sequence, caught in one swirling Steadicam shot, that feels straight out of Ocean’s 11). Yet the greatest drama comes from knowing that the plan may fall apart and our young heroes may get deported themselves.

However, The Infiltrators will occasionally make the viewers’ eyes roll back at how ill-prepared NIYA was. That Saavedra thinks he can get Rojas out overnight, and the way that Viridiana Martinez – intended as the second agent, this time inside the women’s detention facility – giggles as she goes to provoke ICE into arresting her, passes beyond activism and out of common sense. Yet that’s the root of the story: If the group was thinking sensibly, they probably wouldn’t have done any of this. Their recklessness and lack of concern for their own safety is the definition of heroism. Yet organizing a hunger strike among the other detainees is reckless.

Fascinating as the The Infiltrators is, it remains a beginner’s primer to the for-profit immigration system with an oddly jaunty narrative over the top. Like the NIYA activists, its heart may be bigger than its head sometimes, but that’s not the world’s biggest sin.