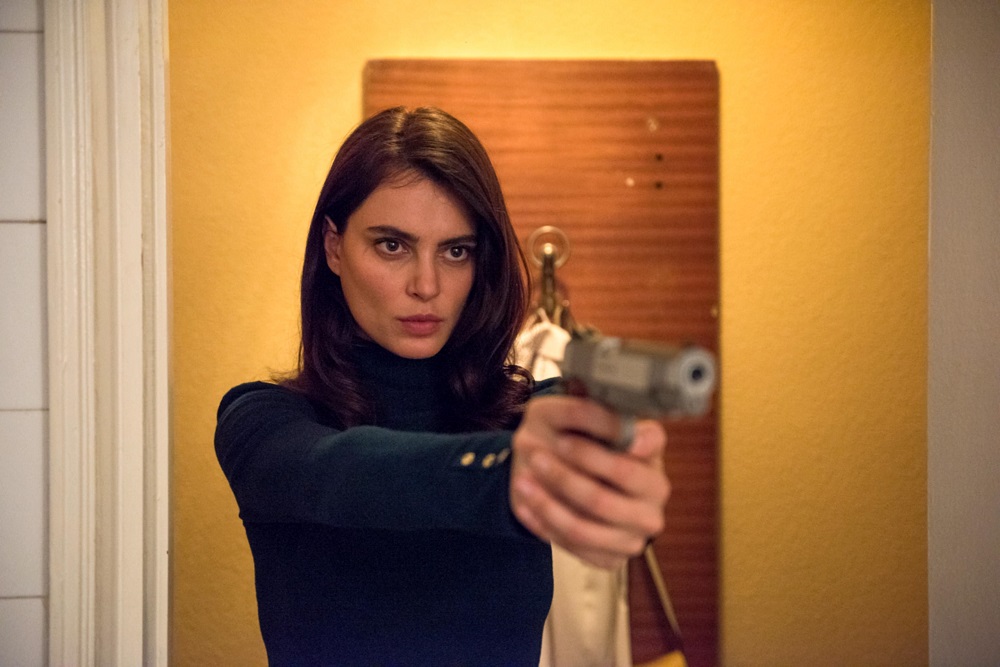 Criminals don't just disobey the law: they often ignore the common social construct of language, coming up with their own coded communication. In England, it was Thieves' Cant: in Russia, Fenya; In Western Bengal there was Ulti. These cryptolanguages were intended to keep outsiders out of even the most basic conversations and planning, and the great terror was that the police would crack the code. So it is in Romanian crime caper The Whistlers, a twisting, back-and-forth drama in which it's not words but simulated birdsong that is the carriers of secrets.

Of course, it's inevitable the morally questionable detective Cristi (Ivanov) can't whistle to save his life. Yet he finds himself on La Gomera, part the Canary Islands. A kind of noweher, part of Spain but in the Atlantic off the Western Sahara, it's a long way from his normal beat in Bucharest. That was where he first meets femme fatale Gloria (Marlon), who pulls him in to an elaborate plot to rescue an imprisoned gangster/mattress tycoon, Zsolt (Tambrea). That's why Cristi has to go to La Gomera, to learn el Silbo, the whistling language of the local farmers adopted by the Romanian mob to hide their plans, much as the British queer scene of the mid-twentieth century learned Polari from fishermen and carnies - everyone, it seems has secrets.

In his Fantastic Fest 2019 feature and after a fascinating diversion into sports documentaries with the soccer double-header of Infinite Football and The Second Game, Porumboiu returns to where he left off with police procedural Police, Adjective. However, Ivanov plays Cristi as the polar opposite to his part in that earlier film, the morally-inflexible Captain Anghelache. He's corrupt, but the exact nature of his corruption is revealed in flashbacks - revealed through chapter cards - that obfuscate as much as they reveal.

Those chapters compartmentalize Cristi's interactions with each character, breaking apart a conventional narrative. Now is his distrusting standoff with lascivious mob boss Paco, next his complicated dance with his boss, Magda (Lazar), then his dysfunctional relationship with his devout mother (Szönyi), who doesn't know exactly what Cristi is up to but fears for both his career and his immortal soul.

The overwhelming question is – why? Why do the crooks go to such absurd extremes to bust Zsolt free? Why learn the whistling language? Why does Porumboiu mix all these disparate components? The filmmaker may be part of the post-Ceaușescu Romanian New Wave, but there's a deep influence of Cold War Eastern European absurdism that may or may not pay off, depending on the audience.

There's a nagging feeling that Porumboiu has a point to make, and is trying to use the post-Pulp Fiction cut-up noir as vehicle for it. Ivanov has all the makings of a world-weary and amoral gumshoe, but his performance seems at odds with Porumboiu's quirky musical choices, juxtaposing Offenbach and Iggy Pop while Cristi fumbles through another whistling class.

Overall, like birdsong, The Whistlers is hard to translate and even then it doesn't always seem worth the effort. Instead, it's at its most enthralling when it just goes full crime flick, and if he ever revisits the genre again, here's to hoping he puts Lazar – the undoubted noir standout here – front-and-center with a gun and a glacial attitude. 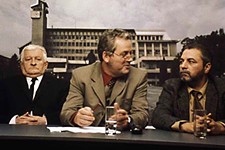 When Evening Falls on Bucharest or Metabolism
...