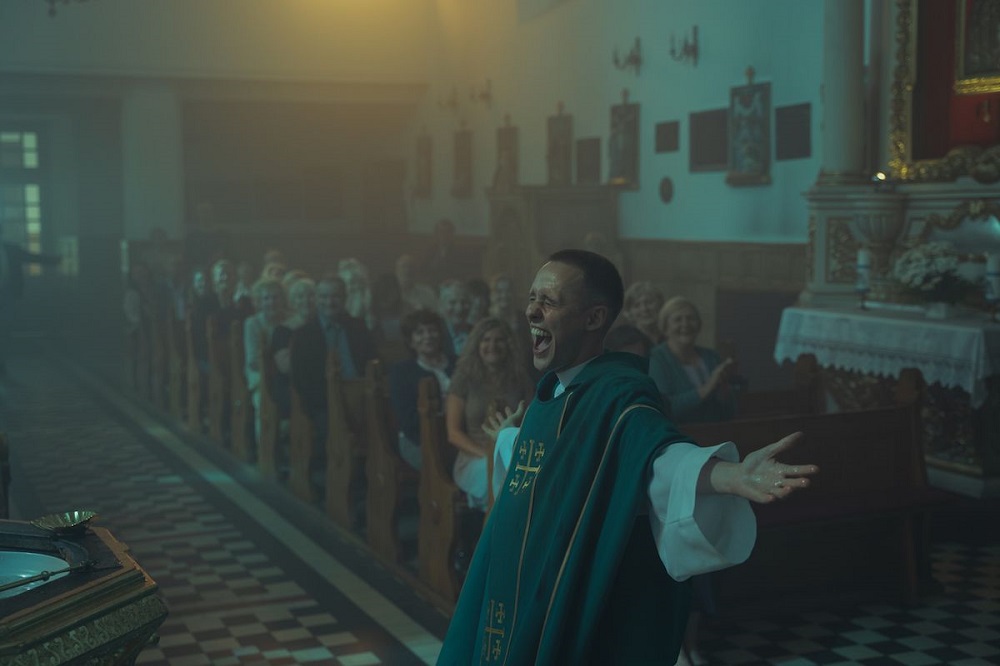 Faith is a tricky thing, especially within the confines of structured religion. In a nation like Poland, where over 90% of the nation is a practicing and self-described Catholic, it goes beyond mere belief and becomes an element of identity. And when a religion is built around the idea of redemption, what does that mean when crime and sin are synonyms?

Corpus Christi – both Poland's International Feature Film Oscar selection for 2020 and one of the first titles in distributor Film Movement's experiment – delves deep into these questions through the actions of Daniel (Bielenia). When first seen, he's acting as lookout during a gang rape during shop class in a juvenile detention facility, yet he yearns for more. He wants to be a priest, but that's impossible for an ex-con (so much for time served and divine forgiveness, it seems). Upon release he is sent to a remote village to work in a sawmill: But through happenstance, and oddly plausible coincidence, he manages to lie himself into a position as the town's priest.

In the wake of the ongoing sexual abuse scandal that has finally caught up with the church, it would be easy for director Jan Komasa (Warsaw 44) and screenwriter Mateusz Pacewicz to portray Daniel as a predator who has finally found a fitting home. Instead, he is desperate to provide comfort to this village from the pulpit, even if doing so makes him a sinner. The same breeze that blew through The Return of Martin Guerre – the idea of a community accepting a lie because it creates a better truth – is given a different weight because of the Catholic subtext. Daniel providing the last sacrament in a costume store dog collar is about more than mere succor for the needy, or reciting words. Instead, it is about a last moment of connection.

Bielenia's damp-eyed performance is the broken heart of this restrained and low-key narrative. His fumbling, ecstatic sermons are exactly what this community needs, especially as it deals with dark secrets of its own. Present in almost every frame, he is the only constant of the story. Yet he is inconsistent (as is the way of youth) and his divided nature becomes clearest as he finds himself caught between the doubting eye of the old priest's sexton, Lidia (Konieczna, a storm cloud in human form), and the less-than-chaste attentions of her daughter, Marta (Rycembel). There's no attempt at theological debate, because his Catholicism is not the issue. Instead, caught somewhere between guilt and martyrdom, his fate ultimately poses poignant, rather than pointed, questions about the nature of faith beyond religion, compassion beyond covenant. 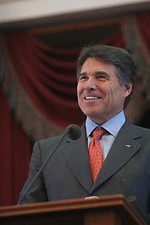