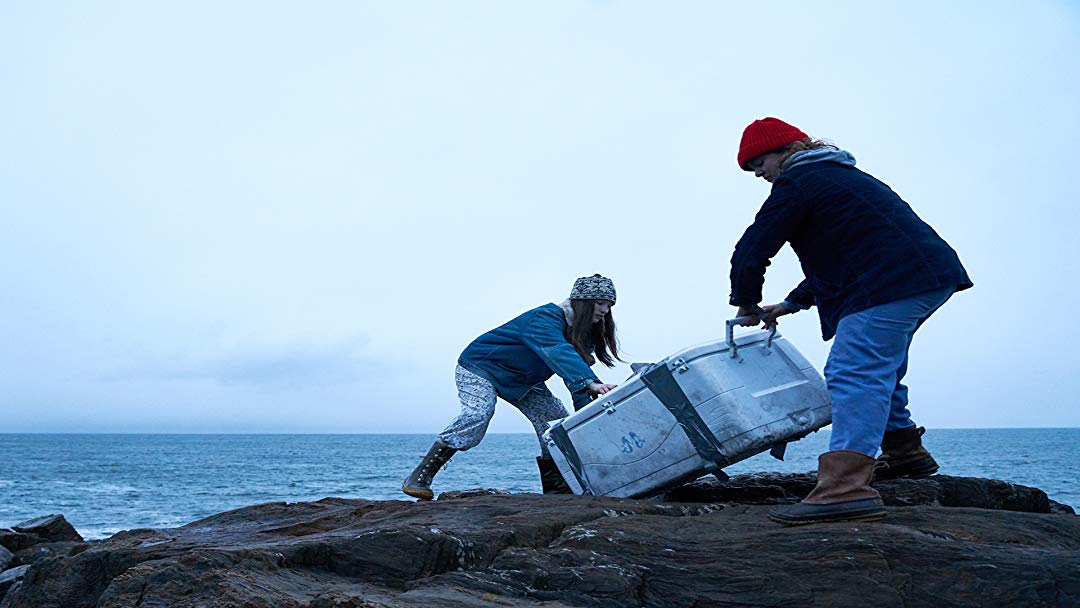 Rural horrors depend on the idea that you're going where no one else goes. But fishing town films are a different deal. Everyone goes to the docks. Some come back, some go to sea and are never seen again, some drift back after years away.

That's life in Easter Cove, the setting of new Amazon Prime dark drama Blow the Man Down, and the Connolly sisters are in a pickle there. Mary Beth (Saylor) is the kind of woman that the local old scolds would call headstrong, and she's been sitting on her hands for a year, postponing college and her future while her mother wastes away and dies. Her sister, Priscilla (The Returned's Lowe), was there too and has watched her own dreams – whatever they once were – disappear like sandwiches at a wake. Their identities are baked into their responses to the funeral: Mary Beth gets hammered and high with a local wastrel, while Priscilla stays home to gut and fry a fish in isolation. But a sudden struggle and a solid blow with a misplaced brick suddenly brings them together in a way that only sisters can bond.

Their crime in the night tilts the story into Fargo territory, and flips further when they discover that theirs is not the only secret in town. Turns out their late mother was knee deep in the local crime syndicate, which is actually run by those same old scolds that turned up with casseroles and condolences at her funeral. Now ma's gone, guest house owner/madame Enid (Bojack Horseman's Character Actress Margo Martindale) is making her power play, and the bodies seem bound to stack up.

Of course the women run this town, right down to the dirtiest cracks in the cobbles. This is the coast, and when the men are away on the trawlers, or drunk on their share of the lobster haul, the women have plenty of time to manage things the way they want. In the debut feature of writer/director duo Bridget Savage Cole and Danielle Krudy, the tough choices that have driven these women for years intersect with the Connolly family's troubles. The drama increasingly circles around Enid, who strikes a Tony Soprano-esque figure heading toward her inevitable downfall. The men stay peripheral, and even the well-meaning young officer on the case (UT Austin grad Brittain, best known as the object of Lindsay Burdge's affections in A Teacher, and the Southern-fried roommate Beuter in Richard Linklater's Everybody Wants Some!!) can't really dent how this women's world works.

As small town crime stories go, Blow the Man Down is intriguingly low-key, but it's in the filmmakers' quietly bold decisions that it swells above most of its ilk. The fictional Maine town is captured perfectly in dark tidal blues and bleached driftwood tones (with more than a nod by cinematographer Todd Banhazl to the murky naturalism Bergman's longtime lensman Sven Nykvist). That's not the only stylistic intrusion: The eerie, creeping, hurdy-gurdy score by Trey Edward Shults collaborator Brian McOmber (It Comes at Night, Krisha) and Jordan Dykstra (responsible for the soundtrack to the Austin-shot Little Woods) is lifted by fishermen stood on rocks and docks, belting out sea shanties, serving as a salty Greek chorus. People come and people go, they bleakly warn the Connolly women, but corruption and the sea roll on forever.

Blow the Man Down arrives on Amazon Prime, March 20. 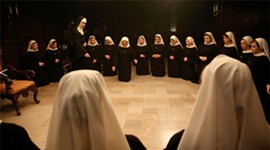 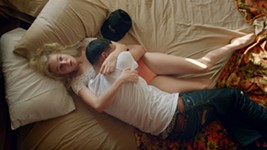