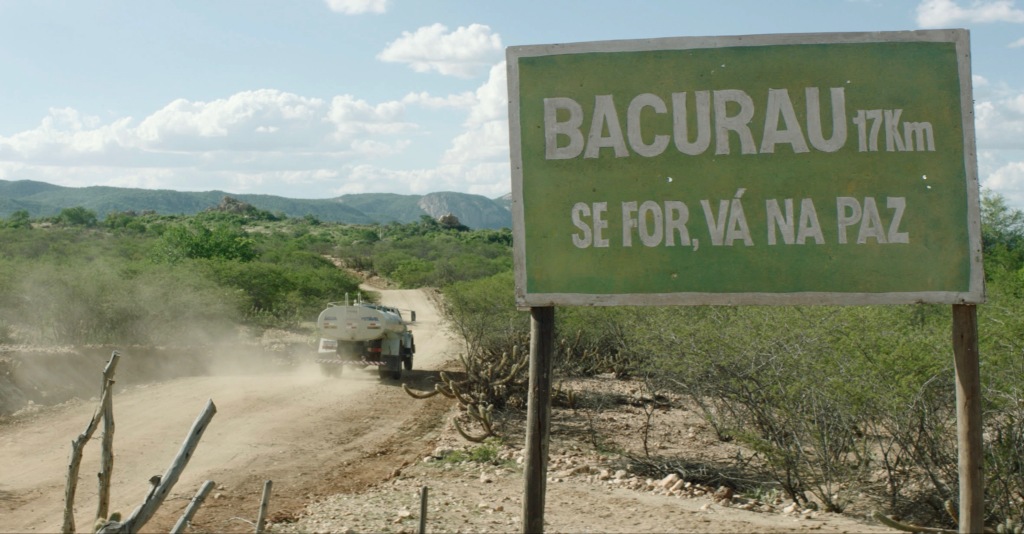 There must be something in the water, that we have not one but two films channeling Richard Connell's seminal humans-hunting-humans story, "The Most Dangerous Game," as a tool for political commentary. First there was The Hunt, Craig Zobel's biting and bloody satire of Elites, Deplorables, and the bunkered and balkanized nature of American politics. Now there's Bacurau, a Brazilian tale of barbaric elites messing with the wrong rural community.

The first film in Kino Lorber's new experiment in giving a streaming platform to art house cinemas suffering in the coronavirus shut-down (read more about that here), Bacurau may be the perfect title for the trial. It's too smart to be written off as action schlock, and with enough gut punch moments to never feel overly cerebral.

Somewhere in the scrub lands of a near-future Brazil, Bacurau is a community so small that it doesn't even appear on a map. Teresa (Colen) has returned on the death of her grandmother, and the whole village is in mourning. After all, everyone either knew granny or was related to her, and everyone turns out for her funeral – even the local doctor, Domingas (Braga), who is more than happy to speak ill of this dead. But her outburst is forgiven because there's no time for grudges in a remote small town. Bacurau has survived a lot, and the opening half hour feels like a Jodorowsky-esque character study of a quirky community. Ranchers, whores, gangsters, musicians, historians all rub shoulders like this will become a grittier, Brazilian version of David Byrne's True Stories.

That is, right until a cadre of American tourists (including Austin actors Chris Doubek and Jonny Mars), under the cold-eyed protection of Udo Kier's aloof tour guide/mercenary Michael, rolls in to commit bloody chaos.

"So much violence," sighs Michael, and that magical realist/observational opening soon gets overturned in favor of something gorier, more hard-boiled, and much more reminiscent of Roger Corman than of Luis Buñuel. Much like Zobel with The Hunt, it's never afraid to dispatch a character in the bloodiest ways. That may be a result of the distinctive collaboration between writer-directors Mendonça Filho (who last worked with Braga on his politically pointed 2015 drama Aquarius), a journalist by trade, and former production designer and art director Dornelles. You don't just feel the dust under the Bacurauans' fingernails, but you know what it means to survive there, day-to-day, even when there aren't bored yanquis and white Brazilians turning up with Tommy guns and antique revolvers.

In its bloody denouement, Bacurau feels like a Spaghetti Western, playing with the post-Seven Samurai idea of peasants learning to be soldiers at the hands of warriors. But it's also a subversion of that idea, and brings in elements of the old horror conventions about bloodthirsty killers in remote places. It's the melding of those two ideas, and a deep understanding of class and race conscientiousness, of how these villagers have been written off by both the Northern Hemisphere and Rio's moneyed class.

Kino Lorber is offering a five-day streaming screening ticket for Bacurau: each ticket is sold through a virtual box office for a local cinema, and proceeds are split with the theater as if it was a regular ticket. Choose from
• AFS Cinema (tickets here).
• Alamo Drafthouse Austin (tickets here). 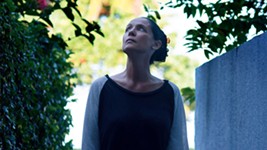