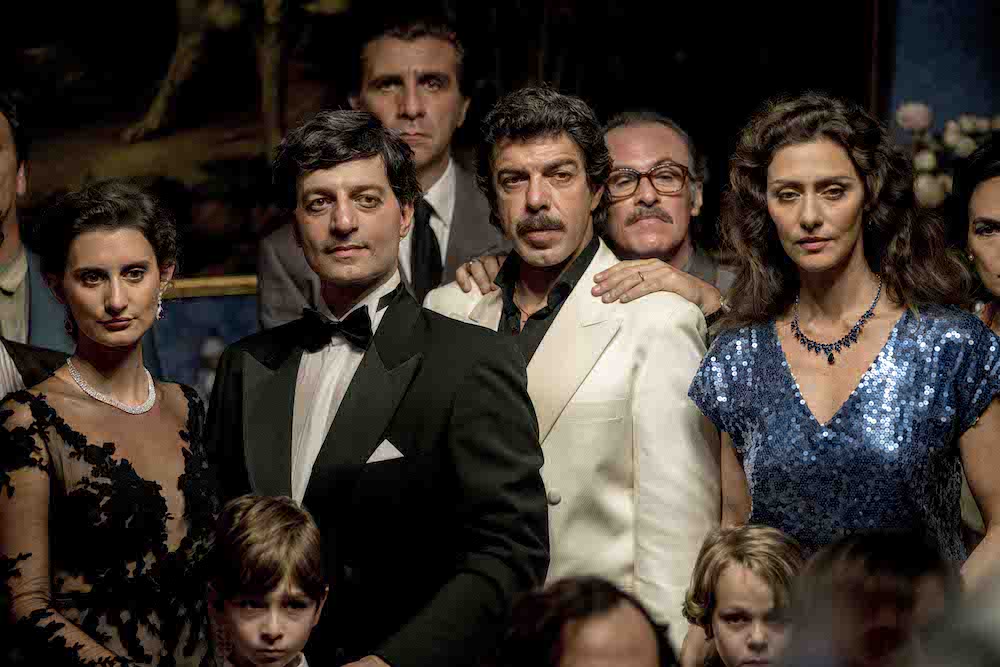 Can you betray something that no longer exists? This is the question posed by Tommaso Buscetta (Favino), a soldier in the Cosa Nostra, Italy’s infamous crime syndicate. After years of loyal service, Buscetta initially keeps his mouth shut when rounded up by the police on drug trafficking charges. Soon, though, the mysterious disappearance of his two sons and his disgust with the Mafia’s heroin trade make him realize that the Cosa Nostra turned its back on him long before his arrest. In choosing to testify against his former friends and allies, Buscetta also chose to kick off one of the most high-profile criminal cases in Italian history.

For many films, all of this would be represented as little more than an onscreen epilogue. In the hands of Italian filmmaker Marco Bellocchio, here adapting the story of the real Buscetta, it’s the jumping-off point for a story of betrayal, modernity, and one man’s struggles with a lifetime of trauma.

You can fit a lot into two-and-a-half hours of screentime, but some histories were never meant to be shared in a single sitting. This is a polite way of suggesting that The Traitor errs on the side of density. We’re introduced to more than a dozen members of the Cosa Nostra in the film’s first few minutes, and before we even have time to lock faces to names, the film begins cycling through a series of high-profile assassinations. Since The Traitor wisely eschews the traditional structure of gangster movies – The Rise, The Plateau, and The Collapse – audience members unfamiliar with the Sicilian Mafia may struggle to understand core elements of the organization and structure. It isn’t until later, when Buscetta begins his chats with the lead detective on his case, that we begin to put some of the pieces together.

Admittedly, Bellocchio seems more focused on Buscetta as he faced off against the Cosa Nostra in court. Whenever The Traitor plays out the circus of litigation, the film shines. Much is built around Favino’s performance; Buscetta’s anger towards the new generation of mafiosos comes from his nostalgia for a “better” form of organized crime and genuine horror at the murders committed in the organization’s name. There’s something delightfully tense about the scenes where he faces off against dozens of defendants, all the while flanked by a row of armed police officers. Crass posturing aside, each man is capable of ending a bloodline with a phone call, and the film never strays too far from those threats.

And since The Traitor is most interested in The Collapse, the film can explore in greater detail how the drug trade rotted Cosa Nostra from the inside. We see second-generation mobsters overdose, men assassinated at the whims of the capos, and widows struggle to keep their families together in the wake of violence. The idea put forward in The Traitor is not just that the old days are over, it’s that they’re dying, and each person touched by the Cosa Nostra is too entrenched in their ways to leave the life behind. Only Buscetta, who put an ocean between his family and Italy, seems to recognize the threat.

There’s a sharper film lurking somewhere inside The Traitor, one that narrows its window to just a few years and focuses exclusively on a handful of interviews. The more Bellocchio dabbles in flashbacks and dream sequences, the more it succumbs to the weight of decades and decades (and decades) of films about the Mafia. But those wanting a more detailed exploration of organized crime in Italy – and the mental trauma it inflicted on soldiers and civilians alike – would do well to make time for Bellocchio’s latest. Vincere
The long-scuttled tragic story of Ida Dalser, the first wife of Benito Mussolini, and the child she bore him, is brought to the screen with arresting style by the Italian director Marco Bellocchio.