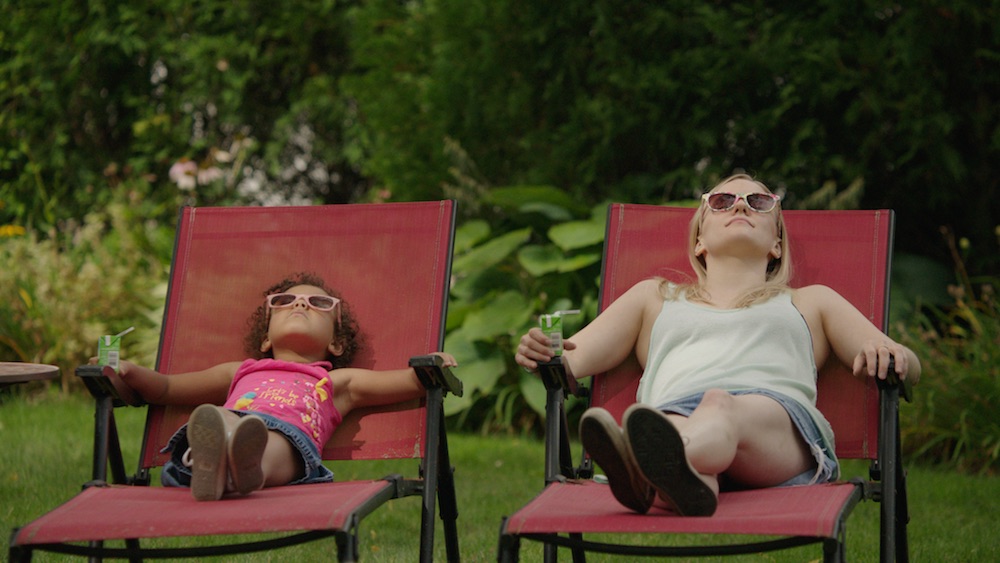 For years, abortion in cinema has either been reserved for “a very special episode” or evangelical cant. Say the words “abortion drama” and you can feel the angst hurtling toward you. But what if there is no drama? You get Saint Frances, the charming, funny, and honest story of a woman finding some kind of direction in her life.

Getting an abortion is probably the only decision that 34-year-old Bridget (star and writer O’Sullivan) doesn't regret. Barely treading water, picking up waiting shifts, wondering what she did with her degree from Northwestern, and hooking up with twentysomething Jace (Lipchitz), she’s not great at smart decisions. Top of the immediate list: believing that pulling out works (the last remaining overhang of her childhood Catholicism). There’s no way she’s keeping what she calls “a pocket of cells,” and more pressing is that she needs something like a real job. In this case, it’s a nannying gig with Maya (Alvarez) and Annie (Mojekwu), looking after their eldest child, Frances (Edith-Williams), while Maya is still nursing their new baby and Annie goes back to work after maternity leave.

With so many potential hot-button issues, Saint Frances (which took both Audience Award for Best Narrative Feature and a Special Jury Recognition for Breakthrough Voice at SXSW 2019) could readily have become a heavy-handed message film. Instead, it’s not trying to be “Important with a capital I,” but that’s what makes it so essential. It’s all in the honesty and accuracy of following the four women at its core – occasional hellion Frances, Maya’s postpartum stress, Annie’s sense of missing out on parenting, and most especially Bridget’s overextended post-college life. The men are mostly peripheral creatures (note the casual, blithe cruelty when Bridget tells Jace that they’re not in a relationship), and part of Bridget’s growth is how her time with Franny resets those relationships – or rather, her expectations of them and what she needs to invest.

There’s something beautifully refreshing about the casual way that it takes on so many everyday issues that we just never talk about. The abortion itself is stripped away of all politics (when did that last happen in a film?) and becomes a medical procedure. O’Sullivan and Thompson open the door to so many conversations, about bleeding and motherhood and imposter syndrome and and trying to find a sense of direction, and how women contend with all these things at the same time. Like Bridget, everyone is just muddling through – and that’s more than OK.

For an interview with writer and star Kelly O’Sullivan, read “Mothers of Perpetual Indulgence,” March 8, 2019.