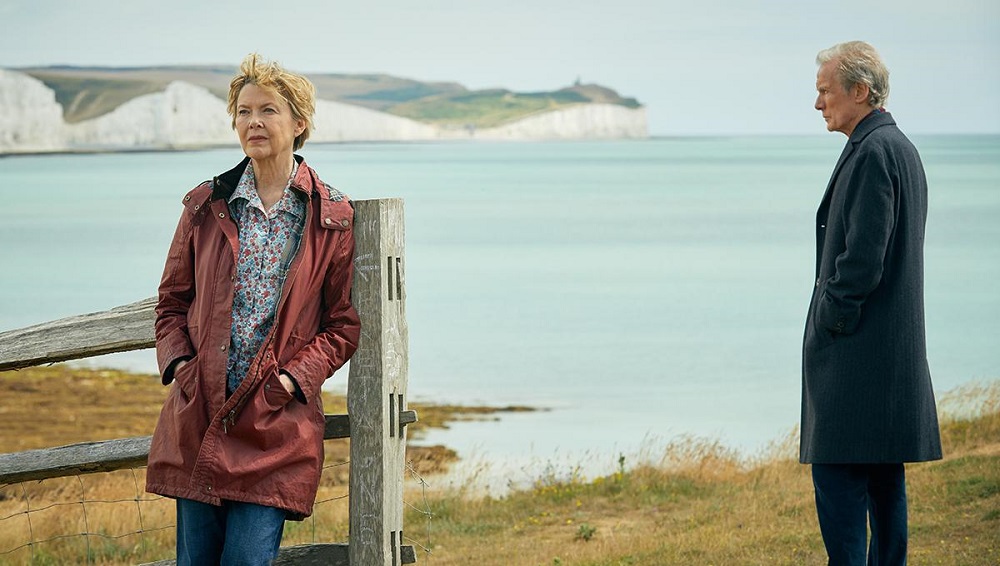 She’s been a grifter, a gun moll, a scheming marquise, a dying film star, the Supreme Intelligence. Annette Bening – four times an Oscar nominee, never a winner, and not even acknowledged for her transcendent 20th Century Women – is indisputably one of our great actors, last century and this one. Alas, this modest, not-very-impactful story of a marriage ending isn’t going on her short list of personal bests; indeed, if there’s anything that distinguishes her performance here, it’s that her character is so deeply unpleasant to be around.

Burdened with a British accent that never quite feels native to her, Bening plays Grace, a poetry editor living comfortably in a picturesque English coastal village. Wife of 29 years to mild-mannered Edward (Nighy) and mother to Jamie (O’Connor, on a roll lately with Emma. and The Crown), who seems to have inherited his father’s inability to speak up for himself, Grace has a big, bulldozing personality. She tries to bully Edward into fights, she’s not above getting physical, and she dismisses her son’s abandonment of Catholicism as him just being thick: “If you understood properly, you’d believe.” A real piece of work, this one.

Early on, Edward snips the last thread that’s been keeping this marriage together, and the rest of the film is mostly about Jamie’s efforts to tend to his mother in her deepening depression. (Once Edward liberates himself from his marriage, Nighy’s screen time disappointingly becomes more limited, as does the audience’s tether to him.) Writer/director William Nicholson (twice-nominated for a screenwriting Oscar for Gladiator and Shadowlands) kicks some fruitful ideas out to sea – how Grace’s faith complicates her suicidal feelings, what it’s like as an adult to reckon with your parents’ complex inner lives – but turns away from them before they get truly interesting. Indeed, the sensation that dogs Hope Gap is that they forgot to roll camera on the most dramatic parts. What’s left over isn’t bad, only underwhelming. 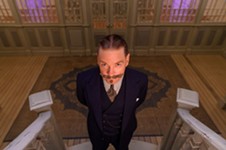 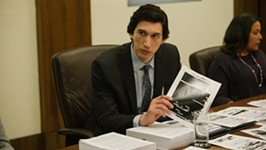 The Report
Recounting of U.S. torture program investigation is dry as Senate testimony