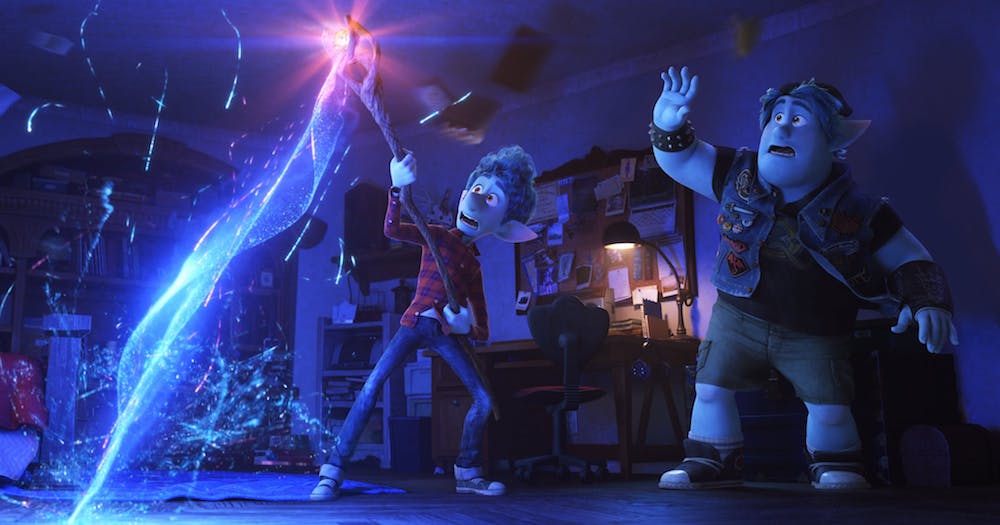 The newest Disney/Pixar outing is aptly and unfortunately titled. Onward implies neither a great leap ahead – as in Pixar’s groundbreaking and emotional Up – nor a backslide to the less-than-revered Cars franchise, but instead a kinda/sorta “sally forth” or subsequence from what came before. Onward is neither terrible nor great; it simply is.

Part Shrek minus the musical numbers, part “been there, magicked that” that sticks to well-trodden narrative paths and, despite the title, is far from the capstone in Disney/Pixar’s crown. It is in fact a placeholder. On occasion it reminds us of Pixar and its helmspeople’s greatest achievements, i.e., almost everything Brad Bird or Andrew Stanton have had a hand in (not to mention the multitudes of animators and behind-the-scenes craftspeople). But when all is said and done, it’s a consistently predictable, occasionally enjoyable animated film. Pixar long ago set their own high bar to vault over, either via Marvel-ous tales involving supranormal powers (The Incredibles or through raw, comically emotive storytelling (WALL-E, Finding Nemo), so it’s fair game to hold them to a higher standard.

Once upon a time there were two elvish brothers with a dead father trying to muddle through with the help of their wonderful mum. The younger sibling, Ian Lightfoot (Holland), never met dear old dad and is an introvert with all the pedigrees of a normal high schooler. His older brother, Barley (Pratt, working it well), is a card- and multisided-die-carrying Dungeons & Dragons- and Magic: The Gathering-playing gamesmith. When they uncover a parchment map and a wizard’s staff hidden by their late father, the pair manage to raise one half of the paterfamilias from the grave – but only that, and only for 24 hours. Which means we get the novel idea of a main character who is essentially a mobile pair of pants and loafers. (Chaplin would’ve had a field day with the concept.) Desperate to spend at least a single moment with his unknown pop, Ian signs on to Barley’s plan to head off on a literal quest to find out how to resurrect the rest of their dad, one that involves the lost temple of dragons, his mom (Louis-Dreyfus), and maybe a life lesson or 10.

Onward is visually dazzling, which is no surprise given those involved. But the simplistic, cookie-cutter storyline, which verges on the video game-esque without really being as fun as a supercool video game, is a letdown. It’s still identifiably Pixar, just not as much fun. 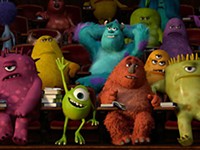 Monsters University
This sequel is a prequel about the school days of the future Monsters, Inc. employees, Sulley and Mike.