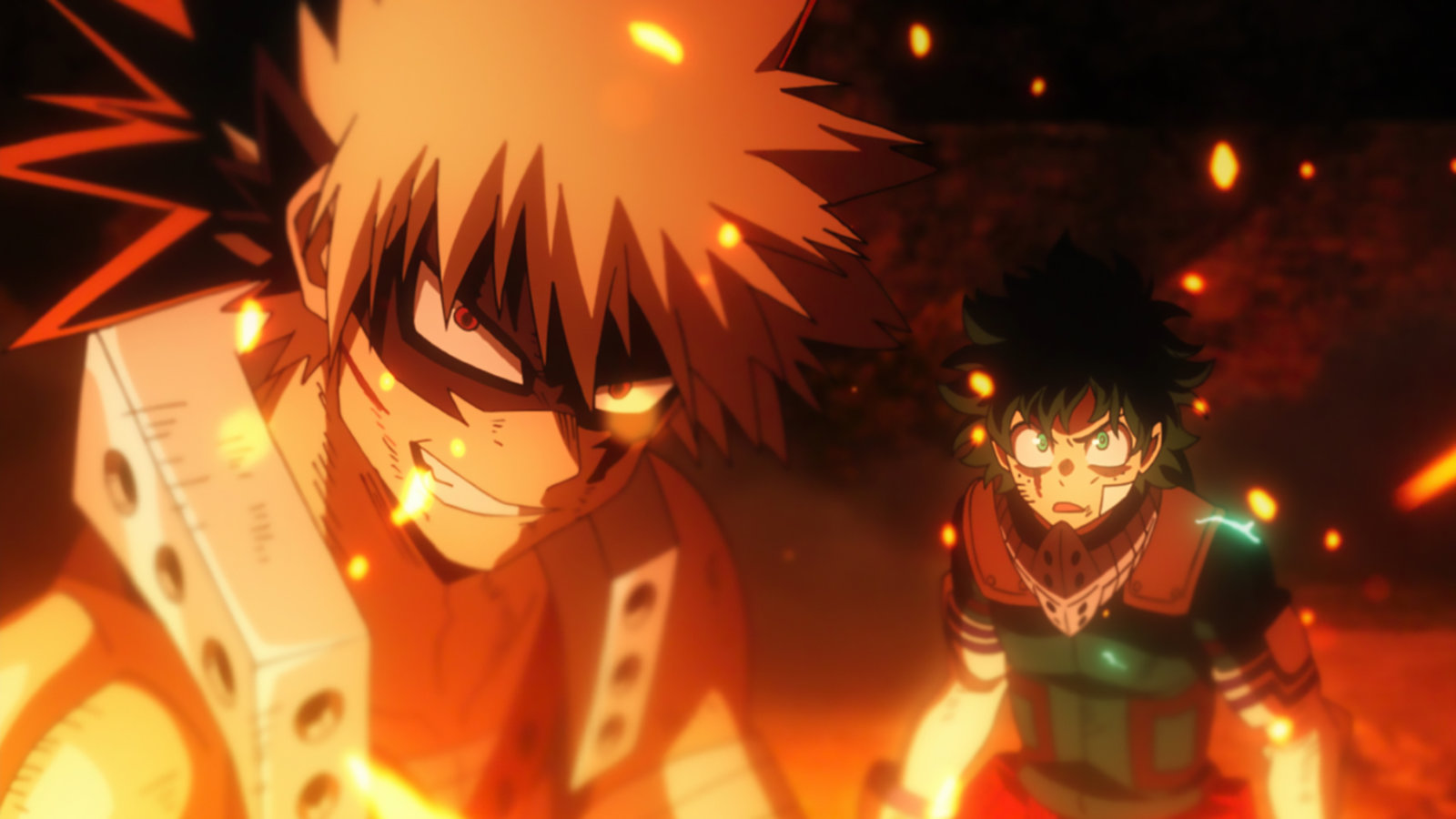 Over the last year, the three big modern anime franchises that have crossed from Japan to America have all had their latest film iterations released, and they've taken dramatically different approaches to their rich/impenetrable mythologies. Dragon Ball Super: Broly drowned in its own backstory - perfect for fans, incomprehensible to newcomers. One Piece: Stampede was just hell-for-leather fun and didn't need you to know why there were weird cartoony pirates hunting for treasure (well, that bit was pretty self-explanatory). Heroes Rising, the latest in the massively successful My Hero Academia series, isn't afraid of its mythos, but it's also written so that new audiences will actually feel welcome.

The back story is pretty by-the-numbers: There are superheroes with powers (or quirks) and there are superheroes-in-training like Izuku Midoriya (Yamashita), who attend superhero school. He developed his quirk later than most, and is determined to be the best hero ever, and slowly has won the respect of his fellow future icons in Class 1-A. And that's pretty much it, which is simple enough. In Heroes Rising the rookies are dispatched from Tokyo to be sent on what should be a relaxing trip to Nabu Island. It's an official secondment, but it's not exactly demanding. After all, what can possibly go wrong on this remote, peaceful island? Evil, of course, as megalomaniac messiah Nine (Inoue) launches his plan to steal enough quirks to take over the world.

OK, so occasionally My Hero Academia: Heroes Rising does trip over its own jargon. Even then it's mostly like one of those episodes of Star Trek with a little too much technobabble. But, like a good episode of The Next Generation, Heroes Rising keeps all the other essentials easy to grasp. The good guys are good, the bad guys are bad, and most of them key into recognizable superhero stereotypes. Is that a Wolverine-esque figure, with a little bit of Raven? Absolutely. Does that villain look like Medusa, queen of the Inhumans? Of course she does. Some of the cuts are even a little deeper, but series creator Kōhei Horikoshi is playing with those most American of forms, the traditional superhero. That means there are some traditionally massive (if sometimes a little overly long) action sequences, but there are also some really sweet little moments - like the heroes taking a break to make soup and snacks for the residents of Nabu after the villains have caused carnage.

Of course, die hard fans will get a little more out of the nuances and callbacks, but the best thing you can say about My Hero Academia: Heroes Rising is that you may want to delve into the earlier works. After all, aren't heroes supposed to inspire you a little bit?