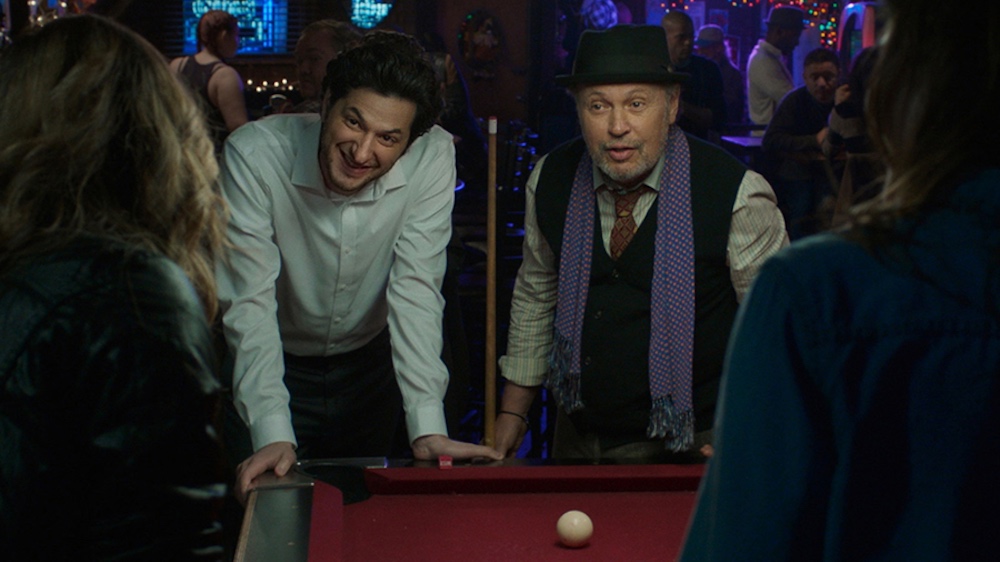 Standing Up, Falling Down

There are particular conceits that often fall into cliche in film, and one of them is the main protagonist falling and failing at the outset, but eventually course-correcting in some way. It is Joseph Campbell’s hero’s journey writ large or small, but one that we connect with because we see ourselves in these characters as they traverse their highs and lows. Standing Up, Falling Down may seem like a slight entry into this storied tradition, but make no mistake, this is a whip-smart film that, while consistently clever and hilarious, deals with themes of loss and grief in ways that circumvent the maudlin artifice of this genre (I’m looking at you, all the Little Miss Sunshines of the past decade or so).

Scott Rollins (Schwartz) has returned to his Long Island home after an unsuccessful grab at the brass ring in the L.A. comedy scene. Moving back in with his parents, he is despondent and given to drink, an activity that puts him in the sphere of Marty (Crystal), an alcoholic pothead dermatologist (aka the Falstaff in this story). A widower twice over, Marty has crawled quite comfortably into the bottle, and Scott, whose prospects waver between parents who alternatively dote on or ignore him. Add Grace Gummer to the mix (always a pleasant addition) as his sardonic younger sister who continuously calls him out on his shit (and also a preponderance of Jägerbombs, for some reason), and you have a recipe for a trite story of the sad little white boy who has lost his dream and struggles to find what his next move might be, while succumbing to the usual vices one uses to numb the pain of regret.

But as always, the tale is in the telling, and Standing Up tells it well. Peter Hoare’s script runs through the numbers at times, but often subverts expectations in Scott’s journey. Yet it is Billy Crystal who steals the show. Forget Adam Sandler’s Uncut Gems (please do), this is the wonderful comeback of a comedic actor whose grace and timing, whose humanity is the core of the story. The film can be a little too quirky at times, with jokes about aspects of social media, for instance (can we maybe stop with that for a moment?), but the film has a big heart, and the performances are authentic. These are not the cut-out characters of some half-baked film festival darling one will forget an hour later, like so much takeout food. This film rings true and has a resonance that is, frankly, often lacking in this realm. That there are no easy answers or wrapped-up-in-a-ribbon conclusions makes it all the more special.

Denise Ho: Becoming the Song
Pop and protest melded in the life of the Hong Kong star