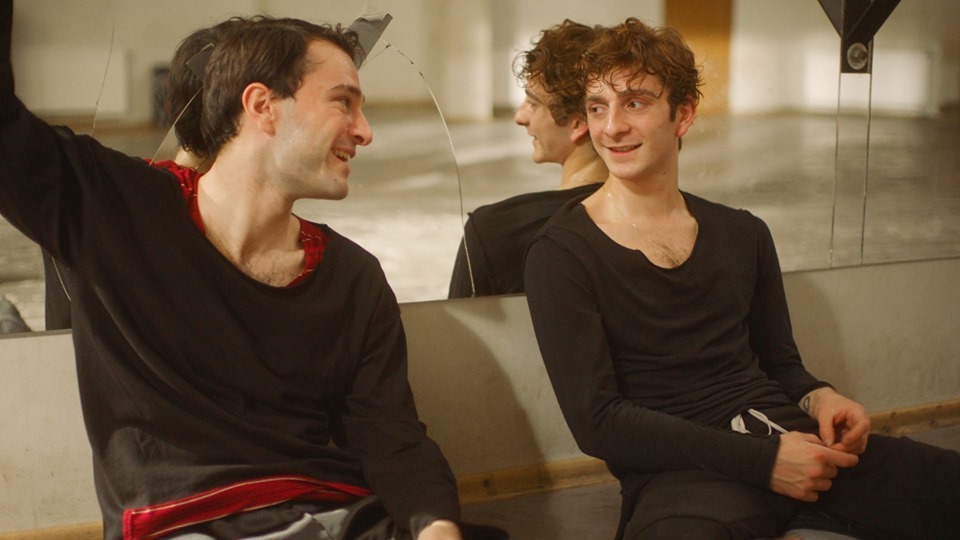 And Then We Danced

The essence of the coming-out drama is the questioning of who you are against who you think you are supposed to be. In Swedish-Georgian drama And Then We Danced, that's the conundrum vexing Mareb (Gelbakhiani), a young performer-in-training at the National Georgian Ensemble. Wistful and wan, he's always being told off for not being forceful enough for Georgian folk dancing ("You should be like a nail," his instructor curses at him), so the arrival of the charismatic and tempestuous rival male lead Irakli (Valishvili) throws his world into something like turmoil. Of course, it's not much better for his lifelong dance partner Mary (Javakishvili), who must contend with the loss of what she thought would be a constant.

A queer spin on the opening act of Paweł Pawlikowski's Cold War (minus the Soviet menace and stellar cinematography), And Then We Danced is a slice of Eastern European life rarely seen by American audiences, even if it is not completely unrecognizable. Gelbakhiani has an undoubted tousle-haired and broken-hearted charisma as the slender stepper, which is fortunate for a part that is very familiar. There's even a sliver of the definitive struggling young performer drama, Alan Parker's original Fame, in its depiction of the day-to-day stresses and strains of day-to-day life for a fairly talented young performer. Merab may have been set on the path of a professional dancer, but maybe it's the wrong dance for him. It's not exactly a complicated metaphor, and the second act, of Mareb's sexual and cultural awakening as an out gay man, falls into cliche pretty quickly (that Mareb also faces a career-threatening injury as all this transpires is somewhere between soap opera and Lars von Trier-level on-the-nose storytelling).

So it's the cultural specifics that make it most interesting: the specific pushes in post-war Georgia to make folk dance more masculine (whatever that means), the specific nature of cultural conservatism in Georgia. At the same time, there's something a little tired and rote about a coming-out drama set against the world of dance. In the wake of Francis Lee's God's Own Country, which found fresh fields for this subgenre in the sheep farms of England, this latest trip to the dance studio never feels like it's truly forging its own path.