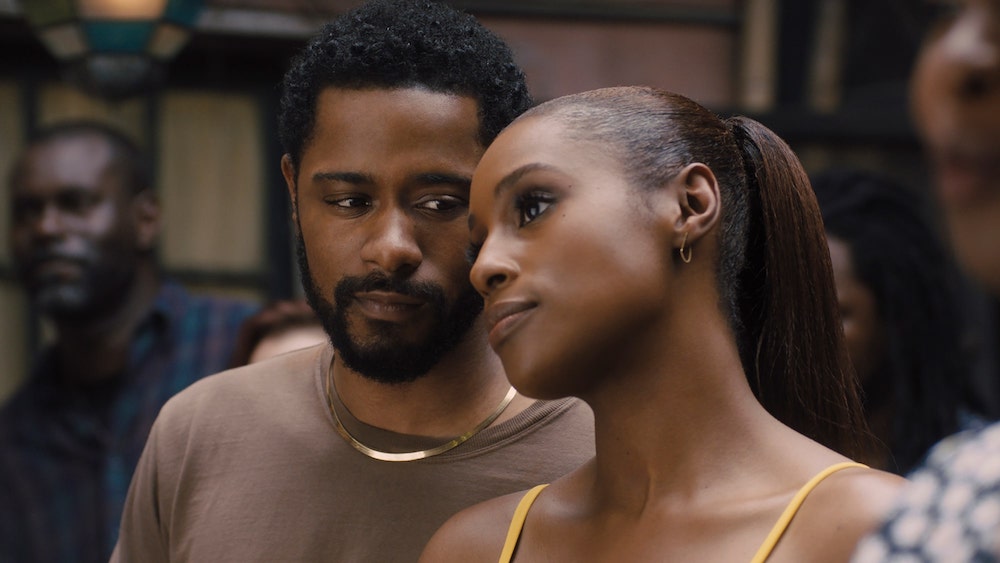 Past, present, and future loves and losses collide and combust in this well crafted but very slow burn of a romance. It’s no rom-com, to be sure. Instead, Everything, Everything director Meghie (who also wrote the intricate generation-hopping script) explores in granular detail the budding relationship between Mae Morton (Rae), a curator at the Bronx Museum of Art, and journalist Michael Block (Stanfield). Mae’s mother Christina (Adams), a world renowned photographer, has recently passed away, and Mae is assembling a collection of her best work for a BMA retrospective. Michael, coincidentally, has been tasked to pen a feature on New Orleans and the impact of multiple hurricanes and the BP oil spill on the economy and culture. He starts out with only a nebulous idea of the story’s arc but soon focuses on downcast elder fisherman Isaac Jefferson (Morgan). Perusing the old gent's ramshackle home during his first of several visits, Michael comments on the titular snapshot and learns that it’s none other than Mae’s mother Christina. To Isaac, she’s the one who got away, his one true love whose talent and ambition led her to leave the Big Easy behind for the Big Apple, where her killer eye with a Nikon could be trained and focused. Eventually, Michael and Mae meet and, slowly but with a realism that puts most other recent romantic films to shame, a cautiously tentative relationship develops between the pair. And then come the requisite complications and one mighty revelation midway through that most audience members won’t see coming. I certainly didn’t.

Meghie flashes back and forth between the younger versions of Christina and Isaac, circa 1984, and the present and pleasantly uncertain connection growing between Mae and Michael. Both have their fair share of emotion baggage they’ve been lugging around. He’s been a player with commitment issues and she’s worried that her driven, unsentimental mother’s influence – or the lack thereof, since Christina rarely had time for actuating a real mother/daughter relationship of any great merit. Luckily, since both are upwardly mobile New Yorkers, there’s Champagne on ice and Hurricane Irene pounding the city, so, you know, lust or something like it is very much in the air. It’s not for nothing that Meghie’s script is bookended by apocalyptically uncertain weather patterns. The CNN feed glimpsed in the background could not have been more spot-on if it was broadcasting Billie Holiday’s “Stormy Weather.” No worries: Marvin Gaye and a jazzy yet unobtrusive score by composer Robert Glasper weave their own kind of spell over this potentially – no spoilers here – doomed romance. Besides, Rae and Stanfield have an undeniable chemistry onscreen that renders their characters’ warily circling pas de deux bracingly real.

The Photograph is not The Notebook despite the inclusion of handwritten letters and ephemera from long-ago lives lived to their fullest. Meghie’s film is a paean to the push and pull between enchanting possibilities and chimerical probabilities. You don’t need to bring a handkerchief into the theatre for fear of ocular leakage, but The Photograph’s modestly hopeful denouement is, truly, picture perfect. 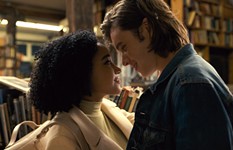 Everything, Everything
Another YA adaption of star-crossed lovers