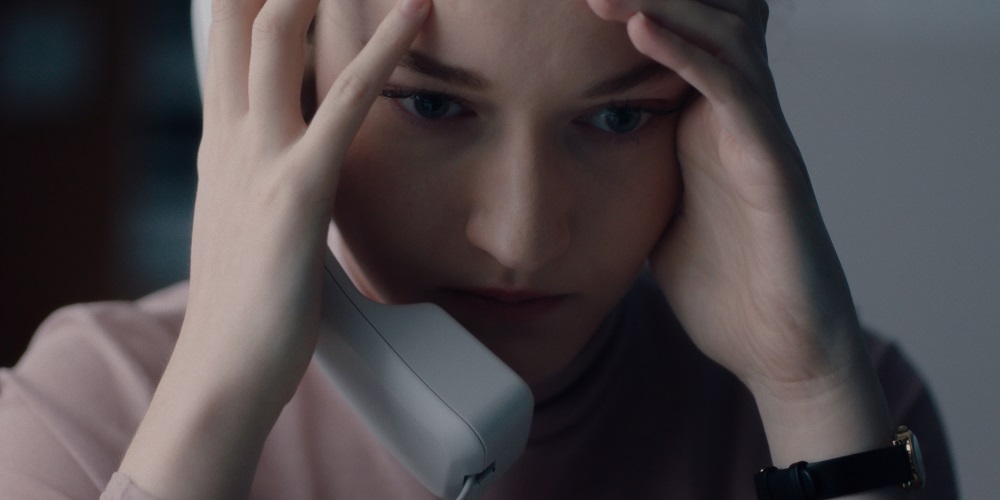 The #MeToo era has unleashed a tsunami of long-suppressed anger, voiced individually and collectively by victims of sexual exploitation in the workplace, particularly among women in the entertainment industries. Next, attention must shift to the enablers, the rank-and-file workers who have kept their bosses’ secrets, covered up the misdeeds, and contributed to systems that perpetuate the hierarchical wrongdoings while inculcating into new generations of workers their sense of status quo. Complicity is the offense under investigation in The Assistant, the first fiction film of the #MeToo era that indicts the system along with its colluders, willing and unwilling.

The release of The Assistant during the weeks that the Harvey Weinstein trial is concurrently taking place serves to enhance the film’s visibility. The story, which is primarily set in a Tribeca film production office, features a boss (unseen, but whose muffled voice is frequently heard through closed doors and angry phone calls) who is a doppelgänger for Weinstein. This boss is not the subject of the film, however, but instead his newest assistant Jane (Garner). It’s a plum job that Jane (whose name I only learned from the press notes) has held for less than two months. At first, The Assistant seems like it’s going to be a film in the Jeanne Dielman mode, in which we observe the details of the monotonous daily routine carried out by the titular subject. In the pre-dawn hours, a car picks her up at her home in Queens to bring her to work, where she is the first to arrive and flick the lights on and start the coffee brewing. The day wears on as she makes countless copies, creates and adjusts travel arrangements, hedges on the phone to an angry wife about her boss’ whereabouts, places cases of water bottles into the fridge, delivers lunch orders, tidies the office kitchen, and gets chewed out by her boss and writes immediate apology letters for her “indiscretions.”

The first sign that something is wrong occurs when she dons gloves to disinfect her boss’ couch, then finds a bracelet on the floor. Later there’s the box of syringes that arrive, and later, boxes of prescription drugs. Jane’s tolerance for her boss’ behavior comes to a bursting point after the arrival of a young waitress from Sun Valley, Idaho, who has been promised an assistant job by her boss. Jane accompanies the young girl to a luxe Manhattan hotel and returns to find her boss absent. Taking her complaint to HR, Jane is adroitly foiled by the smiling cobra in charge (Macfadyen, brilliantly doing what he does best). Jane’s day ends in the dark of evening, much as her morning had begun.

Making her feature debut after directing a couple of documentaries, Kitty Green sustains the story’s pressure-cooker feel throughout. Although Jane’s great entry-level job comes with benefits and promises of a great future, the daily grind is full of tension and knowing collaboration in wrongdoing, a sickening mood heightened by the fluorescent green tinge that colors the proceedings. Yet Garner maintains her composure as the assistant with few tells into what she is inwardly thinking. Narratively, this perhaps aids viewers in putting themselves in Jane’s place without skewing her reactions toward one direction or another. Personally, however, I found Jane’s inactions disheartening, despite being 100% believable. One thing we have learned in these times of #ToughLove and #MeToo is that enablers are, indeed, part of the problem. As The Assistant points out, enablers, too, must take active parts in solving the problems of our times. 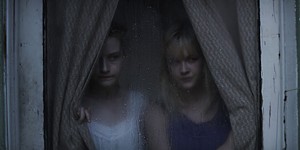 We Are What We Are
This effectively creepy horror story gives new meaning to the family film.