Nostalgia, it is often said, works on a 30-year cycle. This, then, might help explain why Paramount would choose to combine Sonic the Hedgehog and Jim Carrey, two faded Nineties institutions. Your 8-year-old won’t care that you saw Ace Ventura: Pet Detective in theatres three times in 1994, or that you once spent an entire sleepover trying to beat the Labyrinth Zone in the original Sonic the Hedgehog game. You, however, will care deeply, and probably pay full admission price – plus concessions – in the hope of rekindling your adolescent spark.

After escaping his home world, Sonic (voiced by Schwartz) has spent the past few years hiding in the woods outside a small Montana town. As his loneliness grows, Sonic begins to envy the rural happiness of the local sheriff, Tom (Marsden), and his veterinarian wife, Maddie (Sumpter). Then, in a moment of self-pity, Sonic creates a shockwave that drains power from the entire state. It is then that government contractor Dr. Robotnik (Carrey) is called in to research the cause of the blast – and question Tom as to the whereabouts of a certain intergalactic fugitive.

Even if you know nothing about this character, you’re probably still aware that Sonic the Hedgehog was delayed after audience reactions to the first trailer were, ah, less than charitable. The finalized version of Sonic feels much more like a cartoon character than the original Disney-esque “photorealistic” creation. These changes prove to be a very, very good decision. There’s a reason that movies like Who Framed Roger Rabbit? and Space Jam are so memorable; creating adorable characters generates empathy, and empathy ensures that we’ll never tumble too far into the valley of the uncanny. There’s more than enough cute here to sell the handful of X-Men: Days of Future Past-influenced chase scenes peppered through the movie.

In fact, almost everything about Sonic the Hedgehog comes together as a surprising success. Marsden may not be a household name, but he gives the kind of performance that would make Brendan Fraser proud. Without his knack for taking the material – and never himself – seriously, Sonic might’ve been almost unbearable in its buddy comedy segments. Meanwhile, Carrey presents just the right mix of mugging and menace as the misanthropic Dr. Robotnik. Even as he indulges in some of the broad physical comedy that made him a household name – a little bit of Carrey can still go a long way – there’s a mean streak to Robotnik that betrays the well-rounded actor he’s become in his middle age. It’s his most fun character in more than a decade (and two thumbs up to all of his costume choices).

The highest praise one could offer Sonic the Hedgehog is that it shares all of the qualities of the best Nineties blockbusters. Sonic isn’t being asked to save the world; Paramount isn’t metering out character development as part of some seven-film franchise push. This is simply a film with a bunch of gags and a central character looking for a place to fit in. It may not be particularly memorable, but in an era where family-friendly movies like Paddington can be a hit across all audiences, Sonic more than manages to hold its own. 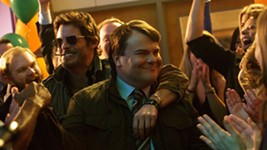 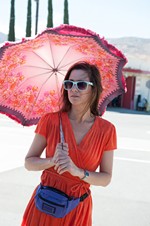