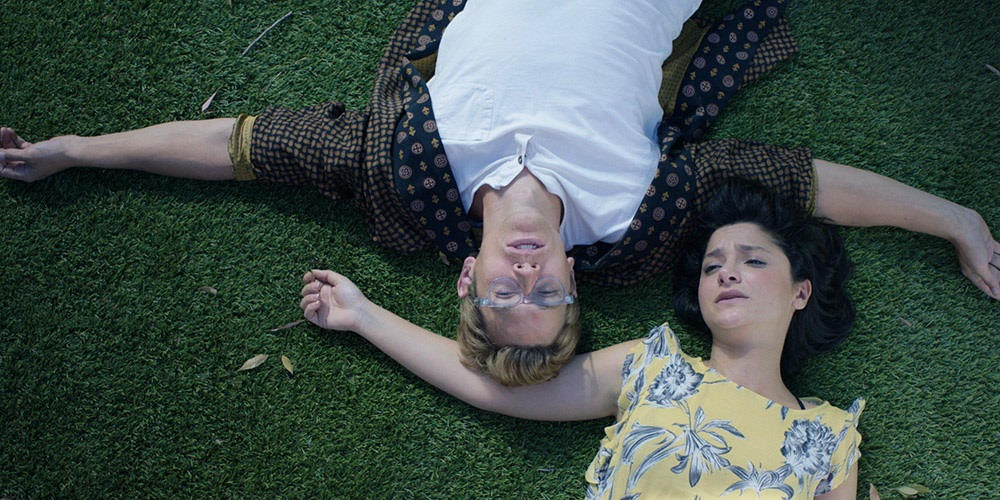 Boy meets girl, girl meets boy, they fall in love, the happy date is set, cakes are ordered, dresses are squeezed into – but wait! Hijinks and disruptions, cold feet and kissing cousins, but none sufficient to derail an inevitable “I do.” The wedding day rom-com is an American institution and, like every institution, due for an update. That’s what the small but oddly charming A Simple Wedding tries to do, when Iranian American lawyer Nousha (Grammy) and artist Alex (O’Shea) are steamrolled into rapid nuptials by her very traditional family.

While A Simple Wedding touches on culture clashes and questions of American identity, don’t think The Farewell. Instead, this is much more a My Big Fat Iranian Wedding, with broad comedy and sassy one-liners (many delivered by Henderson as Lynne, Nousha’s sardonic but supportive lesbian best friend). But there’s undoubtedly a very contemporary meet-cute when the couple-to-be exchanges coy glances at a “Smash the Patriarchy” rally – her in an apron with a huge cartoon penis on the front, him in white jeans with a giant menstrual blood stain in the crotch. It’s still a meet-cute, and one of many conventions that dominate the front half of A Simple Wedding. Lynne is on-hand to prove that stable relationship can work, while still dealing with baggage because her wife, Tessa (Reid), is bisexual. There are the divorced parents, with friction between Alex’s mom, Maggie (Wilson), when she’s forced to deal with her ex, Bill (Mackenzie), and the fact that he is happily remarried to Steve (Eckhouse). Of course, there’s the awkward interfamily dinner where all the awkward family stories come tumbling out in the most pointedly awkward ways.

But the conventions fall apart somewhat in the second half as the script by first-time feature director Sara Zandieh and co-writer Stephanie Wu throws Nousha and Alex’s burgeoning relationship for a loop. While still not wholesale subversive in the way of the underestimated Jennifer Aniston/Paul Rudd vehicle The Object of My Affection, it does pose some mild questions about what rom-coms are for in a style reminiscent of Ruby Sparks. Yet much like Ruby Sparks, it’s never going to veer too far away from the inevitable happy ending. Instead, its roundabout route means it gets to ask what “happy ending” means when so many cultural norms have been surpassed and supplanted. Buoyed along mostly by the bright and brisk delivery of Grammy (who delivers the best lines while keeping the sentimental streak going), A Simple Wedding is never quite as complex as the title suggests. Yet its easy charms and efforts to revise, rather than rewrite, the book of rom-com love make it worth the RSVP.