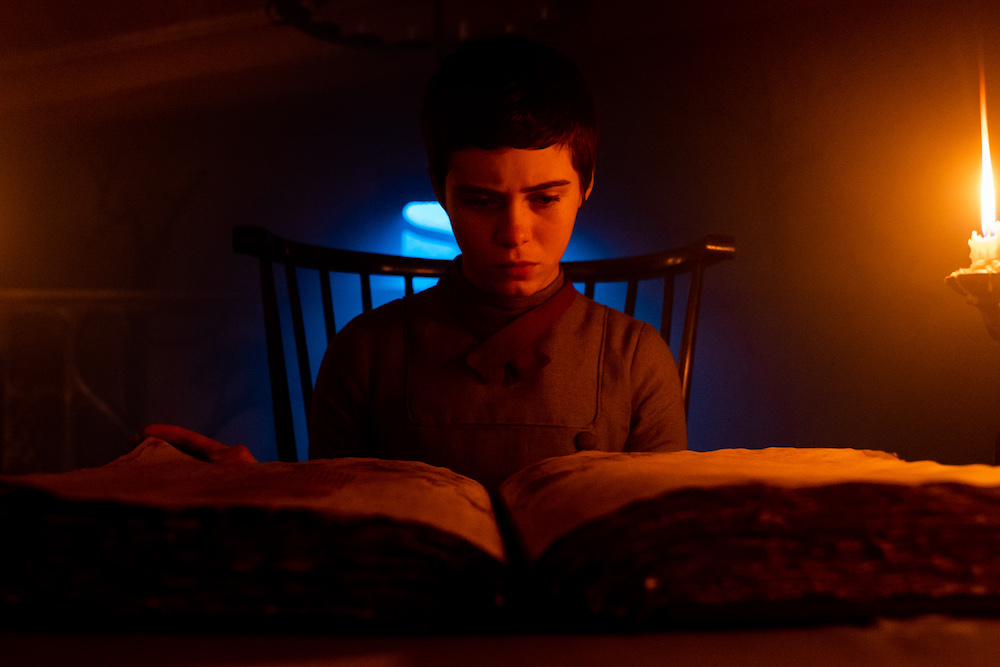 With only two directing credits to his name, it’s a testament to the skill of Osgood Perkins that he is considered one of horror’s most exciting filmmakers. The Blackcoat’s Daughter, Perkins’ debut feature, remains one of the standout horror films from the previous decade. Meanwhile, I Am the Pretty Thing That Lives in the House is a neu-tragic take on the American ghost story.

Now Perkins is back with Gretel & Hansel, an updated retelling of the Brothers Grimm story. Unapologetically targeted to teenagers (Perkins had to fight to secure a PG-13 rating) Gretel & Hansel makes a strong case for allowing children to push past the boundaries we’ve set for them – up to and including watching this surprisingly violent fairy tale in theatres.

With an absent father and a mother who has retreated from the horrors of plague-ridden Europe, young Gretel (Lillis) and Hansel (Leakey) must learn to fend for themselves. Their journey leads them to the door of Holda (Kriger), an elderly woman who lives in the woods and – unlike the rest of the village – never seems to lack for food. The two children strike a deal: They’ll cook and clean her property in exchange for food and shelter. Holda quickly agrees.

As Hansel busies himself around the property – determined to prove his worth as a provider with a blunted axe – Holda fixates on the older sister and begins to whisper sweet promises of power in Gretel’s ears. “Think less, my pretty, and know more,” she tells her young guest, before finally issuing the girl her ultimatum. For Gretel to ever be self-reliant or powerful, she must be willing to sacrifice that which is dearest to her.

This last bit details the fascinating subversion at the heart of Perkins’ film. The aim of Krige’s witch is more complicated than mere sustenance. Holda recognizes the power in Gretel – the same power that once pushed her down her own dark path – and she longs to recruit the young woman to her cause. If Gretel chooses to embrace destruction, this will validate Holda’s personal decision and give her the companionship she so desperately seeks. Krige finds both anger and sadness in the character of Holda; watching her gently tease out Gretel’s darkness is just one of the film’s many pleasures.

The film’s biggest strength may just be its decrepit settings. Many fairy tale adaptations focus on the woods, choosing to make the very trees themselves the source of darkness and threats. Instead, Gretel & Hansel finds its menace in buildings. Water-stained halls, black metal tool sheds, and clay basements are some of the more dangerous locations the two children will encounter, reinforcing the idea that actual danger comes in the shape of man.

Perkins also populates his feature with little anachronistic touches that are meant to temper the film’s more oblique reference points. One key contributor is the half-electronic score by Robert Coudert (Maniac). Coudert, who goes under the screen name of Rob, helps locate the film at the level of contemporary allegory without ever losing its Gothic roots. Perkins also provides his characters with little dialogue flourishes meant to blend the past and the present. Despite the film’s florid prose, Hansel’s petulance often takes on a modern vibe. Holda’s admonishments to the two children echo these same qualities.

Ultimately, Gretel & Hansel is a fascinating stylistic step forward for one of horror’s most promising directors. It also serves as a welcome continuation of unflinchingly mature content for adolescents. If your only problem with Lukas Feigelfeld’s Hagazussa is that it did not explicitly cater to 14-year-olds, then you will be thrilled to see what Perkins and company have dreamed up. This is Young Adult horror at its finest. 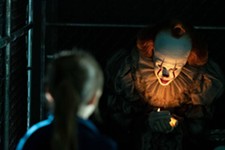 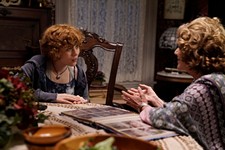