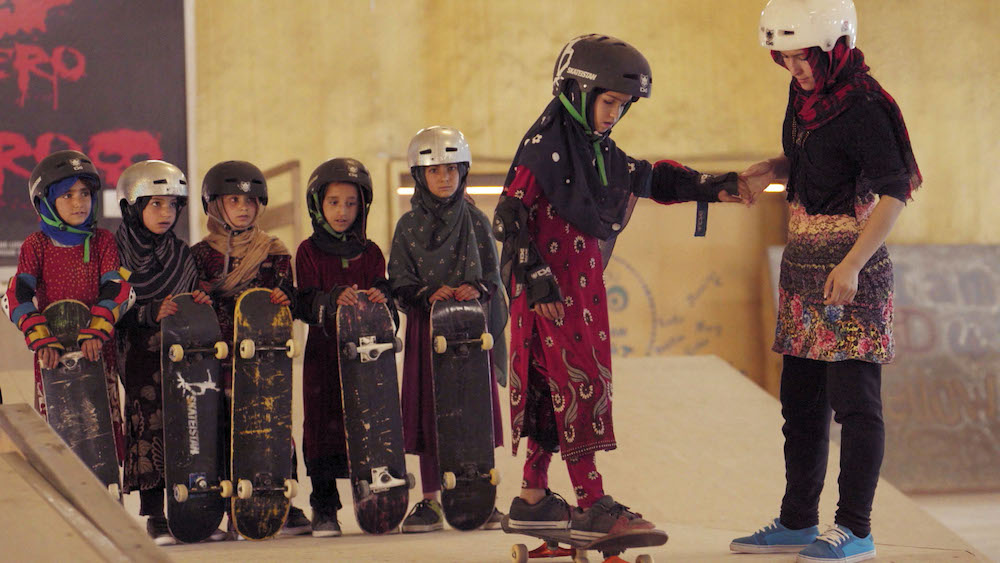 Despite being lumped into one homogenous experience, documentaries often present a diverse set of experiences for audiences. Some encourage you to share in the pain of different communities; others find mindfulness and metaphor in the most unlikely of subjects. The unifying theme for this year’s Best Documentary (Short Subject) selections is undoubtedly one of trauma. Whether their subjects are living in a war zone or in our own backyard, these are films that show the triumphs and tragedies of overcoming a degree of adversity most of us cannot begin to understand. For some, survival means hope. For others, it means living with a broken piece that can never be repaired.

The most sobering of these shorts is undoubtedly “In the Absence,” which covers the 2014 sinking of the South Korean ferry MV Sewol. This disaster, which led to the impeachment of the South Korean president, was a perfect confluence of bureaucratic ineptitude and political posturing. Survivors waited patiently in the sinking ship as rescued workers busied themselves with the appearance of planning. In the end, over 300 people, including approximately 250 students, died and the South Korean government was forced to turn to civilian divers to help search for survivors. There’s a wealth of material here, and while director Seung-jun Yi is economical in his storytelling, “Absence” is also the short that most warrants a feature-length expansion.

As hard as it is to believe the events of “Absence,” it’s almost impossible to understand the trauma suffered by the children of “Life Overtakes Me.” Netflix’s documentary explores the rare condition known as Resignation Syndrome, where perfectly healthy children slowly shut down until they enter a coma-like state. More than 300 refugees have been diagnosed with Resignation Syndrome in Sweden, and the film follows three families – each in varying stages of refugee applications – as they care for their unresponsive children. “Life Overtakes Me” makes a point of linking the families’ uncertain futures with their children’s withdrawal. The prospect of being tossed back into a world of persecution and violence is too much for some children, who instead block out the world rather than suffer more pain.

Set in the aftermath of the Ferguson protests, “St. Louis Superman” explores the collective trauma of a community impacted by decades of gun violence. The film follows Bruce Franks Jr., a Black Lives Matter activist who rose to national prominence as a member of the Missouri House of Representatives. More than any other film in this category, “Superman” seems uncertain as to how to weave together its many compelling narratives, dedicating only a few minutes each to the Ferguson events and the gun violence epidemic in Franks’ native St. Louis, but we see enough to gain a sense of the mistrust the community has for elected officials. What Franks accomplishes despite the distrust of his community is nothing short of a minor political miracle.

“Walk Run Cha-Cha” tells a very different type of survivor story. In the late 1970s, Chipaul and his parents fled their native Vietnam, leaving Millie – Chipaul’s girlfriend of six months – to wonder if she would ever see him again. After six years, the two were reunited in California and rekindled a relationship that lasts to this day. “Cha-Cha” primarily focuses on the couple’s late-in-life competitive dancing and their desire to make the most of their lost time together. While the two have created comfortable lives for themselves and their daughter, it is only now, decades after they fled their home country, that they can relax enough to focus on their own happiness. Simple, yes, but “Cha-Cha” is a heartfelt examination of how you pick up the pieces and create something sustainable in the wake of a disaster.

Finally, there is “Learning to Skateboard in a Warzone (If You're a Girl),” a film centered on nonprofit Skateistan’s efforts to bring education and empowerment around the globe. The enthusiasm these young women have for learning is infectious – we often see them jockeying for favor in the eyes of their teachers – and we get to know a select few as they go from novice skateboarders to experienced veterans. We also meet the parents of several girls, people who know the risks of sending their children to school each day but who are determined to provide them with the educational benefits their war-torn childhoods were denied. Early in the film, the girls are asked to define courage for their teachers. They declare themselves courageous for continuing to study, and they are 100% correct to do so.