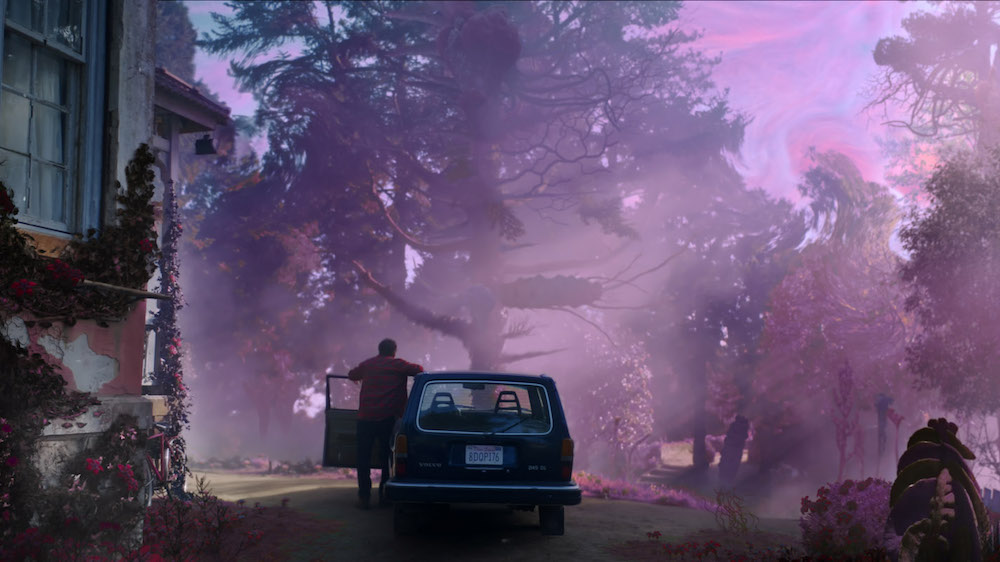 "A dream you dream alone is just a dream. A dream you dream together is reality," failed artist turned alpaca farmer Nathan Gardner (Cage) tells his wife, investment adviser Theresa (Richardson). So also it goes with nightmares, as captured in this disturbing adaptation of H.P. Lovecraft's 1927 novella The Colour Out of Space, about a family destroyed by uncanny forces at the edge of perception in the wake of a meteorite crash.

Dickensian. Shakespearean. Brechtian. Orwellian. Pinteresque. Kafkaesque. There aren't many authors whose names have made the leap to being a term for a whole school of literature, and Lovecraft makes that cut. His name evokes eldritch dread, a sense of powerlessness against things in the dark and the void. In this case, it's the Gardners in their New England home – Nathan, Theresa, their stoner son Benny (Meyer), witchy daughter Lavinia (Arthur, arch and sardonic in a way that only teenagers can be), and youngest boy, Jack (Hilliard). A strange metallic object lands in their yard, and the rules of reality start to collapse in horrifying ways.

Of course, director Richard Stanley sets himself a near-impossible problem. The alien interloper is a color, a wavelength that Lovecraft described as "almost impossible to describe." Film being a visual medium, he has to make a choice, and goes for a scintillating purple that steadily seeps into everything, from flowers to minds to the water table – causing it to become an increasing concern for visiting hydrologist Ward Phillips (Knight), who has been charged with preparing for the building of a new reservoir. (It must be noted that there will be a slight amount of glee knowing that Stanley cast a Black actor as the outside observer in a story written by the paranoid and notoriously racist Lovecraft.)

It's rare that anything about any movie can be bigger than the mere presence of Cage, the king of mega-acting, but the mere presence of Richard Stanley makes Color Out of Space extraordinary. Making his return to narrative features for the first time since being fired from the catastrophic The Island of Dr. Moreau (a departure recounted in the astounding documentary Lost Soul), his lurid, discordant depiction of the complete collapse of the Gardners is indeed Lovecraftian. What he truly conjures, and what recent stealth Cthulhu mythos tale Underwater so mishandled, is true cosmic dread. Lovecraft was never about monsters or tentacles, but instead about the constant conviction that nothing in which we place our faith – religion, science, or as with Lavinia, magic – will protect us from an implacable universe that neither knows or cares. What's more, the intrusion is everywhere – from mysterious shapes at the periphery of vision to fruit that grows uncannily fast to warped television signals, scaly skins, fracturing sanity, and a cold disregard for the fragile human form.

For fans of Lovecraft, this may well be the most successful attempt to bring his warped writings to the screen, and is definitely up there with Stuart Gordon's Dagon and Dreams in the Witch House –the most loyal conversions to date (it's thrilling news indeed that Stanley gets to do this again with a new take on Lovecraft's The Dunwich Horror). But for audiences who don't know the books, this is a bracing, blasphemous horror that pulls you in and twists your nerves.

Read our interview with director Richard Stanley at austinchronicle.com/screens. 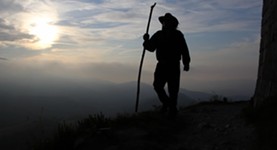 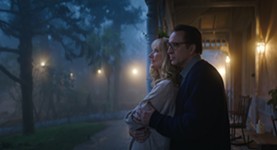 Color Out of Space With Bonus Q&A
...