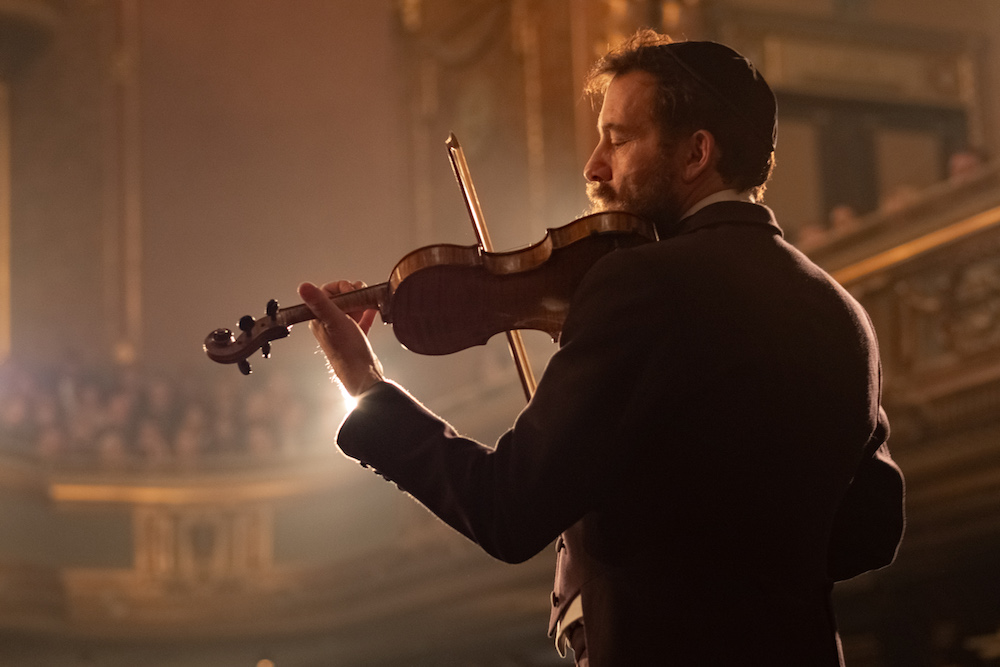 The Song of Names

Living with uncertainty infuses existence with an implacable cruelty. For short spells, it can be stimulating and, perhaps, motivating. But for the long haul, it’s a bitch: a constant companion and perpetual nag. The two main characters in this drama that spans more than four decades are afflicted by the anguish of uncertainty, albeit for different reasons.

The Song of Names opens with a pre-credits prologue set in 1951. Backstage, the adopted family of Dovidl Eli Rapoport (played by Owen as an adult, Hauer-King as a young man, and Doyle as a boy) waits anxiously for the young violinist to appear for his widely anticipated concert debut. All of London’s cultural elite are in attendance when Dovidl’s guardian and benefactor Gilbert Simmonds (Townsend) announces that the concert will be canceled due to the artist’s failure to appear. Not only that, the violinist is never heard from again, which causes his adopted brother Martin (Roth as an adult, Howell as a young man, and Handley as a boy) decades of dismay and unrelenting curiosity. Using flashbacks and present-day inquiries set in the mid-Eighties, The Song of Names tells the story of these two boys growing up in Europe amid the Nazi Holocaust and of the grown men who can never forget the harsh realities in the past.

Years before the 1951 concert, Dovidl has been brought from Warsaw to London by his father, who hopes to find a family to take in and educate his young violin prodigy Dovidl so that the Jewish boy will be safe from the imminent Nazi invasion of Poland. Simmonds, a music publisher impressed with Dovidl’s gifts, offers to take in the boy, although his family is not Jewish and the boy will have to share a room with his son Martin. The boys’ initial relationship is testy, but eventually grows into a brotherly bond. Once the war is over, Simmonds learns that Dovidl’s family had been sent to Treblinka, but nothing further about their whereabouts or survival is known, which causes Dovidl to renounce his Jewish faith. Thirty-five years after the disastrous concert debut (which bankrupted Simmonds and spurred his early death), Martin, now a music educator, sees a young violinist kissing the resin used on his violin bow in the same manner that Dovidl always did. Convinced that this child must have been trained by his missing brother (or someone else who trained that individual), Martin sets off on a multiple-country quest, despite the curious pushback from his wife (McCormack), to find someone who does not want to be found.

Adapted from a novel by music critic Norman Lebrecht, The Song of Names evokes a certain kind of quality film that we associate with Holocaust dramas. Laudably, the movie fully escapes lugubrious wallowing, yet, perhaps as a partial result of this, The Song of Names lacks dramatic intensity and depth. The screenplay by Jeffrey Caine simplifies the dialogue to a point of near-cliche, and the direction by François Girard (Thirty-Two Short Films About Glenn Gould, The Red Violin) is unremarkable but confirms his liking for stories about musical prodigies and quests through past history. However, the score by his Canadian colleague Howard Shore is stunning and hinges on a remembrance of the Treblinka dead in which the camp survivors are obligated to recite the names of those murdered in a musical litany (making it easier to remember with no tools but memory to record the names) that takes five days to complete. The film’s music haunts in a way that the characters do not. The Song of Names delivers a kaddish (the Jewish prayer for the dead) like none ever heard before. 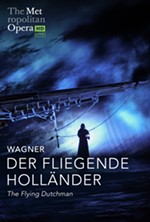