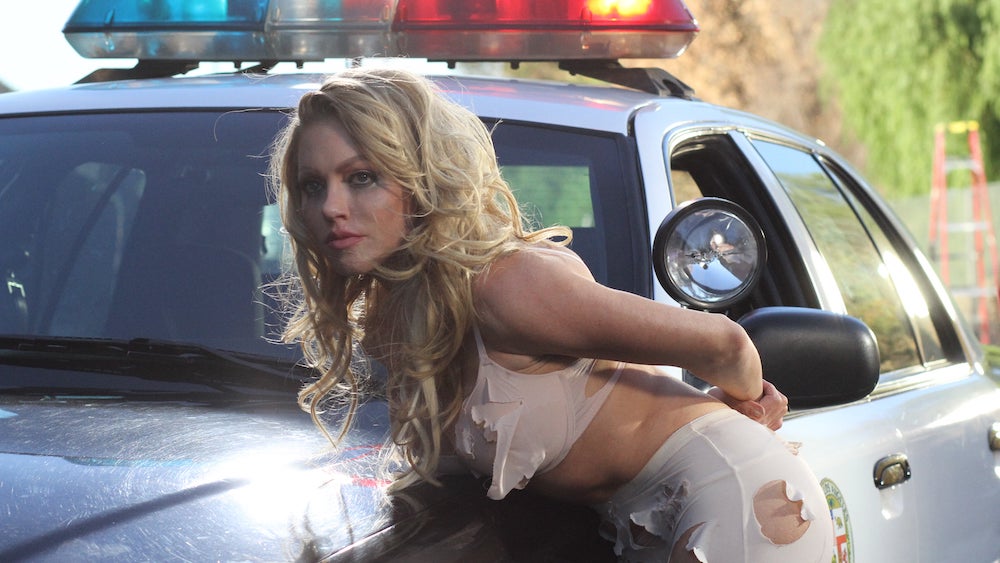 Language is a constantly evolving system of communication. Words are adapted and created to suit the times: The term “literally” can now mean “figuratively,” and apparently “slofie” is a word that has entered the ring of the modern lexicon, dragged in by marketing executives. The phrase “low-hanging fruit” didn’t start out as a mildly derisive indication of easy pickings, but was initially used in a positive, gentle way, denoting an effortlessness. That got appropriated in the Eighties with businesspeople doing too much cocaine using the phrase to refer to an easy and often lazy way to produce profits.

And so it goes. Easy and lazy doesn’t even begin to describe Reality Queen! (the exclamation point itself is a neon sign basically saying, “Abandon all hope ye who enter here”). The idea of being famous for the sake of being famous is not a new one, but in recent decades, it sure has caught on, as the confluence of a certain vacuity in social media and perhaps some sort of desire to live vicariously through socialites with sex tapes. Framed as a mockumentary, the film follows British journalist Diana Smelt-Marlin (Orsini) as she captures the life of London Logo (Faye West), and her nemesis Kristy Kim (Kita). Painfully modeled on Paris Hilton and Kim Kardashian-West, respectively, the names of these characters should clue you in on the level of humor displayed here. The fact that it took eight writers to birth this film is both sad and, well, sad. There are Twitter battles, confusing homeless people with hipsters (never a good look), a fake Larry King (Fleischer, so so far away from Who Framed Roger Rabbit), and Mike Tyson for some reason. The endless onslaught of “jokes” is rapid-fire, and every single one of them falls to the floor and pathetically crawls away from your attention like your mom thinking she’s funny on Facebook by posting a slew of idiotic memes. I would recommend, in lieu of engaging with this film, perhaps a colonoscopy, a visit to the DMV at the end of the month, or maybe cleaning out your rain gutters (it’s been a while, right?). While Reality Queen! seeks to parody contemporary culture, the irony here is that it is the very vapid thing it mocks. Ouroboros, eat your heart out (well, I guess it will anyway, endlessly).

Land
Robin Wright heads to the country for her directorial debut

M.C. Escher: Journey to Infinity
The mathematical artist, in his own words and unique images