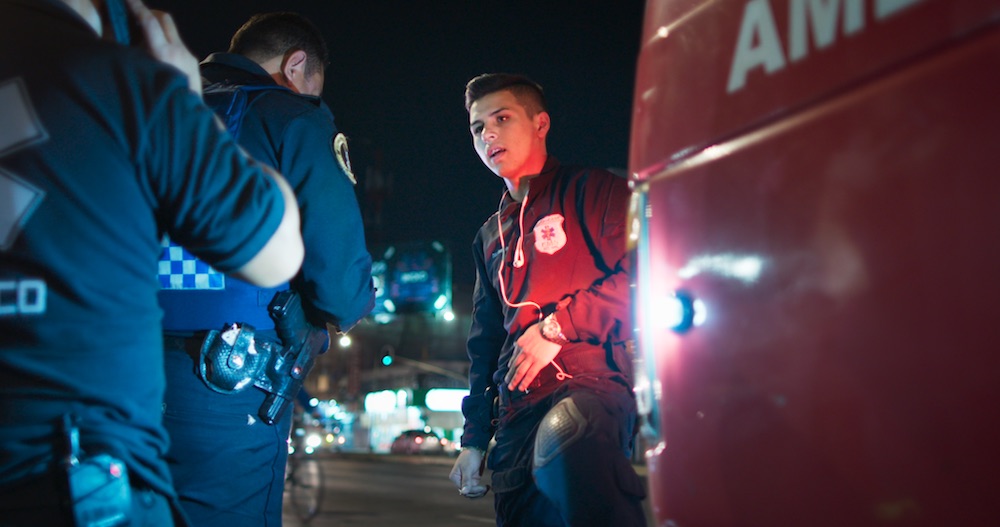 No matter how bad your situation, there’s always someone doing worse. So as terrible as American health care is, there’s the terrifying possibility that you might need an ambulance in Mexico City. In the opening moments of Luke Lorentzen’s startling ride-along documentary Midnight Family, the numbers are laid out in stark clarity: With a population of 9 million people, the city only provides 45 ambulances – one for every 200,000 people. So to fill the gaps, there are fleets of private EMT units, often staffed by people with no formal medical training. People like the Ochoas, a family who provides an essential service for which they are questionably prepared.

Lorentzen follows eldest son Juan – deceptively older and calmer than his 17 years – on his nights in the wagon, shooting the breeze with his driver father Fer, keeping his mouthy little brother Josué (who prefers the thrills of callouts to school) in line, and working in the back with his uncle Manuel. For American audiences used to the sanitized and cliched depictions of emergency services that broadcast shows provide, the immediacy of the images may seem shocking. The family is so relaxed around Lorentzen that the story initially seems like a drama (credit the director’s extraordinary efforts to fade into the background, even as the family members set bones and mop up blood). There’s something vaguely outlandish about the way they speed through the streets, racing with rival ambulances as they compete for callouts. Yet there’s also a strong moral core, like Juan yelling at a junkie whose glue-sniffing antics leave his kid in a coma.

By telling a Mexican story, Lorentzen arguably speaks more directly to an American audience. The Ochoas are all the moral contradictions of for-profit health care: providing a service, but doing so under the myth that the patients have a choice. There are moments when they verge on shakedown artists, cajoling distressed families into huge payments, but then they’re the ones at hand when emergency treatment is needed. They may charge the mother of a beaten teenager two weeks’ salary to get her child to the ER, but they’re the ones that patched the teen up and gave her a hug as she was crying and alone. If the system was better regulated, Lorentzen suggests, imagine the good the Ochoas could do. 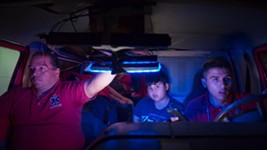