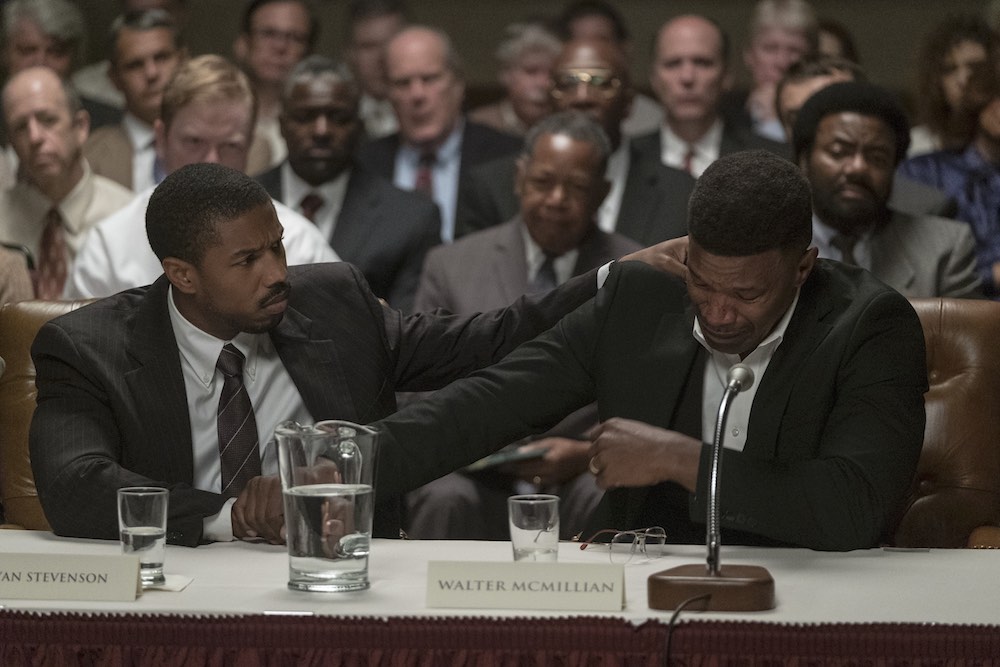 This solid if predictable courtroom drama is elevated by a terrific cast and impassioned subject matter. Just Mercy stars Michael B. Jordan as Bryan Stevenson, a newly degreed lawyer fresh out of Harvard Law in 1989, who moves to Monroeville, Ala., to found the Equal Justice Initiative and provide pro bono legal representation to death row inmates in a state where no prisoners had ever been freed from that sentence. It’s a true-life story based on Stevenson’s book and focuses on one of the first cases the new lawyer brought to trial, that of Walter McMillian (played by Jamie Foxx, who delivers some of his best work since Ray).

McMillian, widely known as Johnnie D, was a Black man who was wrongly convicted of murdering a young white woman. With no evidence and false testimonies, the case against McMillian was flimsy at best. But that proved no obstacle in the racist Southern climate in which he was tried. (In a wry nod to the racism that lingers, the self-satisfied white citizens in Monroeville are always quick to point out to Stevenson that theirs was the town where Harper Lee wrote To Kill a Mockingbird – as if that absolved them from any possibility of bigotry and racial injustice.) McMillian’s plight is amplified by that of two other inmates: Herbert Richardson (Morgan, who is phenomenal), a veteran whose PTSD triggered the murder he committed, and Anthony Ray Hinton (Jackson Jr.), another wrongly convicted death row inmate. Brie Larson (who starred in director Destin Daniel Cretton’s breakthrough movie Short Term 12), is underused here as the local cohort who helps Stevenson get the Equal Justice Initiative up and running in a town where no building owner is willing to rent them space.

Cretton’s filmmaking technique is straightforward, but his lack of frills allows the viewer to soak in the emotions of every situation. A Black man himself, Stevenson is also a frequent victim of the region’s tacit and overt racism. Yet the film’s sense of injustice is so strong and colorblind, that any viewer will be challenged to shake off the feeling of “it could’ve been me.” Death row is pictured as merely a more technologically sophisticated way of lynching a Black man. Still, the film goes through its process of filing briefs, interviewing witnesses, and jailhouse visits. There’s little that hasn’t been seen before in legal procedurals, yet Just Mercy scores as an emotionally righteous ride. (And as a meta-film side note: What a kick it is to see Erik Killmonger and Captain Marvel joining forces to battle American racial injustice.) 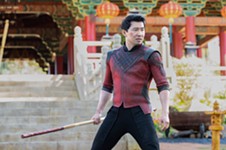 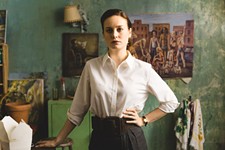