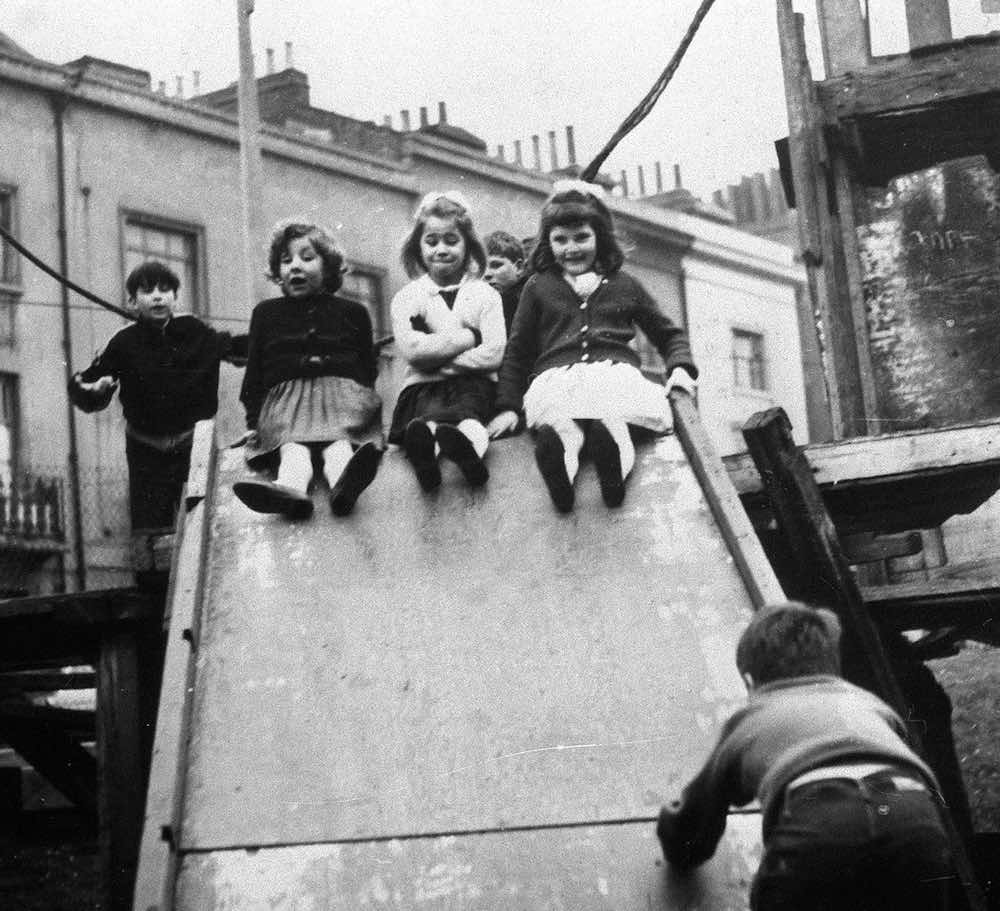 In 1964, Britain’s ITV aired a documentary profile of a dozen-plus 7-year-olds. They were picked to represent a calculated cross-section of society: posh boys who already knew which Oxford college they’d wind up at, a trio of working-class girls, two boys living in a charitable home, another who grew up on a farm, and so on. (They were mostly male and, save one biracial boy, all white.) Seven Up! was intended to stand alone, but then a researcher on the original program named Michael Apted decided to check in on the children again when they were 14, and then forevermore at seven-year intervals, which is how we have now arrived at 63 Up and the sad dawning that cinema’s most riveting social experiment will wind down sooner rather than later. That’s mortality, folks.

You don’t necessarily have to have watched the prior eight installments to jump in here: Editor Kim Horton skillfully weaves together clips from past films – the participants’ lives inside a fishbowl literally flashing before our eyes – and both Apted’s narration and his gently needling, off-camera interrogations give you all the context you need. Still, if you’ve put in the hours with the subjects, they’ve become vaguely dear. These seven-year drop-ins are like catching up with family from a distant branch. They rattle off the latest milestones – divorces, new children and then grandchildren, troubling ailments. Some of their updates are boring (in a relatable way) or prescient, providing the viewer a kind of safe space to contemplate the death of a parent or what it might be like for your mental health to dance dangerously close to cliff’s edge. Others illustrate how decades roll over in ways unimaginable, as when a cabbie explains how swiftly Uber decimated his centuries-old profession. One participant has tragically died in the years since 56 Up, a first for the series, while another who sits for the 63 Up camera reveals a dire medical diagnosis.

The particular zigs and zags of their private lives aren’t what make the Up series so compulsively watchable, at least from this vantage point, so many episodes in. It’s their time-lapse essence: the chance to observe what the accumulation of time has done to bodies and temperaments, and how in retrospect you can maybe see the future spelled out in their childhood selves. (“Give me a child until he is seven,” goes the series’ borrowed catchphrase, “and I will show you the man.”) Of course, the very nature of this thing has rigged the game; at age 7, these kids were conscripted to lives in the public eye, and the project has unavoidably and irrevocably impacted the course of those lives. Over the years, some of them have sounded a little salty answering Apted’s prying questions for the umpteenth time, but this time, they seem more resigned, even affectionate: Always unseen, “Michael” – they call him by his first name – has become a character in his own right. A hugely prolific filmmaker (he has a Bond picture under his belt), Apted’s career has slowed some in the last decade, and at 78, he’s hitting life’s benchmarks a few blocks ahead of his subjects. Did I imagine a gloaming quality to this film, or was that just the influence of my own trudge toward middle age? That, of course, has been the steady brilliance of this series: No matter your own pace on life’s arc, you can always catch your reflection in the fishbowl glass. The Chronicles of Narnia: The Voyage of the Dawn Treader
The third coming of C.S. Lewis' Narnia fantasy/allegory series has arrived.