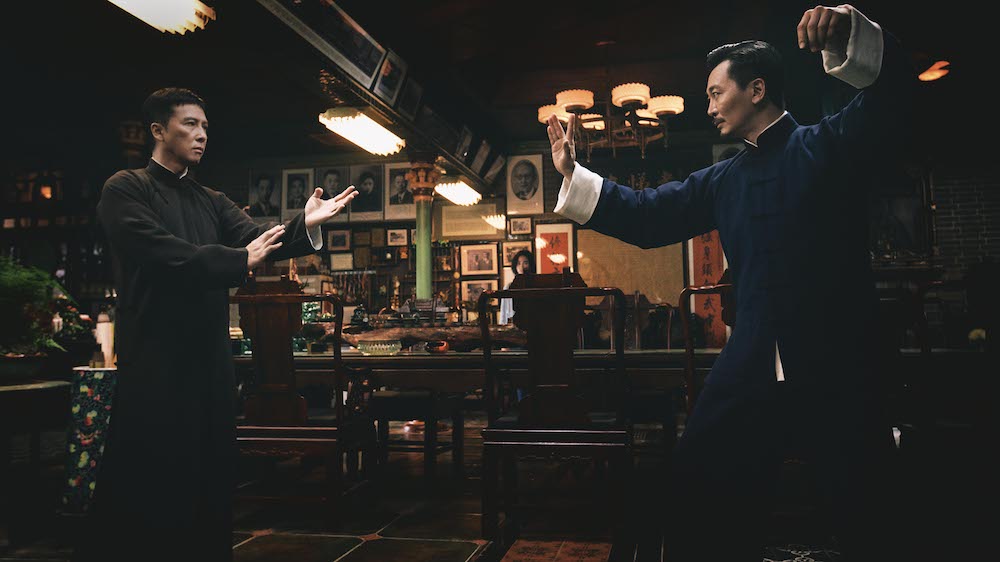 Many people think of martial arts and stunt work as a young person's game, so it may seem odd that it took Donnie Yen until his 40s to find his career-defining role as Ip Man, the father of 20th-century wing chun. It seemed like his depiction of the pivotal figure in martial arts culture and Hong Kong history had come to an end with 2016's trilogy-capper Ip Man 3, but he returns for one last bout in a fitting conclusion that adds a global tinge to Ip's legacy.

The last film felt like the end, with the death of Ip's wife and a passing of the torch to his greatest student, Bruce Lee (Kwok-kwan), but he's back for a fourth adventure, this time summoned to the United States by his most famous acolyte. Yet Lee's request is one of multiple spurs to bring Ip to San Francisco – the other being a need to find somewhere safe for his son, who will soon be an orphan. Ip, like his late wife, has cancer and is starting to think about his personal legacy. This explains why Kwok-kwan (who, after two Ip Man films and 2008's The Legend of Bruce Lee series, is as synonymous with the role as Yen is with Ip) is mostly absent, while Ip tries to navigate a nation that doesn't understand what martial arts are ("Like a gymnast?" one American school principal asks in bafflement as Ip explains that he, too, is a teacher).

That's how he ends up sideways with Adkins as a Marine gunnery sergeant who is so racist that he yells "I'm not racist" at a recruit as he squashes the wannabe-Marine's face under his boot. The issues of identity are a little bit skewed by the fact all the Marines are learning karate (the Japanese discipline that, like wing chun, was heavily shaped by Chinese Fujian White Crane kung fu), but it comes back to the underlying theme of the Ip Man films: that bigoted, small-minded opponents – or burly Westerners who can karate-chop through breeze blocks – can be beaten and won over by the underlying philosophical superiority of wing chun. That's ultimately why Yen has become so perfectly linked with Ip through these films. There's a quiet grace to his whole performance, whether training, fighting, or just having a cup of tea.

It's also fascinating to see the always nakedly political franchise turn its lens on American racism, and it adds a new spark that was oddly lacking from the more workmanlike Ip Man 3. It takes it far closer to the anti-colonialist instincts of Ip Man 2: Legend of the Grandmaster, but it's far from a simple East-versus-West narrative, with Master Ip facing just as much conflict with businessman Wan Zong Hua (Wu), chair of the Chinese Consolidated Benevolent Association, whose letter of recommendation he needs to get his son into that fancy American school. Yet a major plot point about the use of a politicized immigration service to crack down on racial minorities adds a definite modern edge to a period piece. The fight is not about East versus West, but who gets to define America.

Of course, this leads to the inevitable styles-clash sequence in which the drama at all levels is somewhat resolved. It may be very little to do with Ip's actual closing years, but it's a suitable departure from the role for Yen. 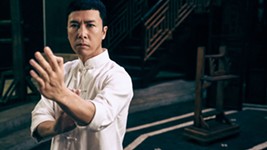 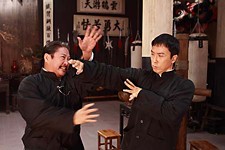 Ip Man 2: Legend of the Grandmaster
This sequel is a model of the martial arts movie form.