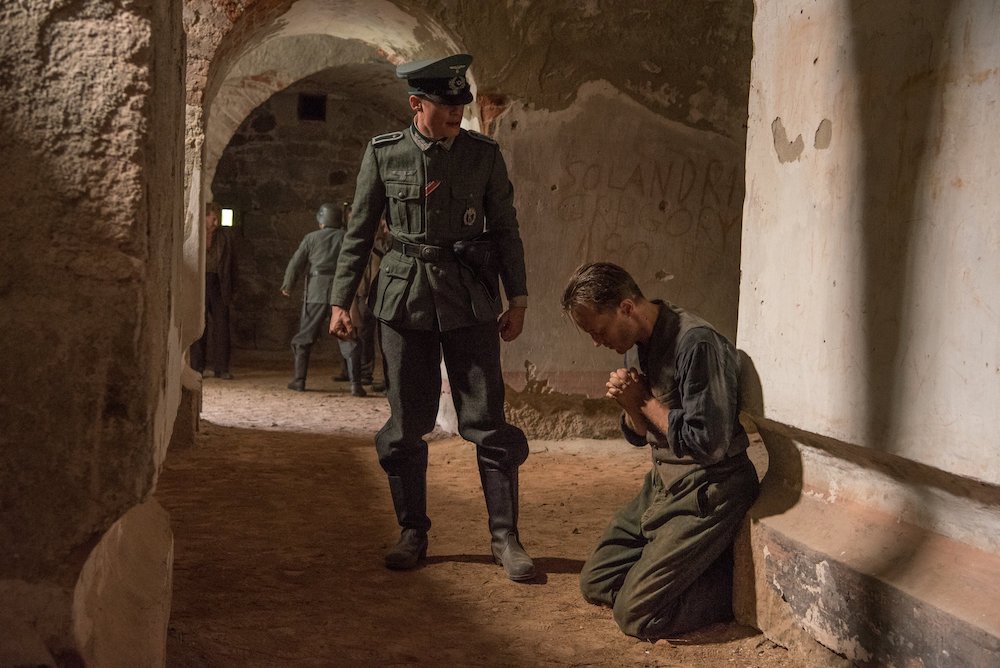 War is hell but so too is conscientious objection in this, Terrence Malick’s finest film since Tree of Life took home the Palme d’Or at Cannes 2011. (A Hidden Life was nominated this year but lost to Bong Joon-ho’s Parasite.) Although its nearly three hours running time might strain some viewers' backsides, this lush, evocative study of an Austrian farmer and his family torn asunder after he refuses to answer the Nazi’s call up or sign an oath pledging his fealty to Adolf Hitler circa 1939.

Franz Jägerstätter (Diehl, riveting) lives an idyllic life in a tiny village that’s literally above the clouds in exquisitely picturesque mountains of Austria’s St. Radegund. Cinematographer Jorg Widmer, employing breathtaking digital camerawork, captures the immersive, otherworldly beauty of Franz’s farmstead and the rippling fields of wheat and natural splendor that surround it. A simple man with a – there’s no other word for it – heavenly life, he and his adoring wife Fani (Pachner) and three small daughters reap and sow day in and day out. Difficult work but the couple (along with Fani’s sister and Franz’s elderly mother) are content and fulfilled by the very nature of planting, harvesting, and being terribly in love. Heaven really is a place on Earth, it turns out.

But then so is Hell. Franz’s moral renunciation of the Nazis leads to all manner of problems for the family. The mayor lectures him on bringing shame upon their village, the local priest and his bishop are of little help, and thus Franz and Fani are slowly but surely excluded if not outright banished from their small but tightly knit community. When the Nazis, annoyed at this stubborn thorn in their side, finally arrive and cart Franz off to a military prison to await trial for treason, Fani is left with the impossible situation. Without Franz, and abandoned by the once-friendly neighbors who now spit on her as they walk by, the toil of maintaining the farm transforms into a dismal series of difficulties and laborious challenges.

Awaiting trial, Franz is eventually taken before Judge Lueben who attempts to cajole this lowly upstart into signing the Hitler oath and thus, perhaps, escape a bitter, bloody, and ghastly efficient end. Lueben is played by the late German cinematic icon Bruno Ganz, who previously portrayed der Führer in 2004’s much-memed Downfall. Prior to that Ganz was the angel Damiel who fell to Earth, for love, in Wim Wenders' masterpiece Wings of Desire. There’s an irony in there somewhere, seeing as how A Hidden Life was Ganz’s final role.

Malick’s personal film aesthetics are on full display here. Lengthy tracking shots of the landscapes over which Franz narrates, or just as often idly muses philosophically on his situation, are filled with portent and subtext. Yet while this is unmistakably a Malick film, the slow drip of existential despair and crises of faith are similar to those experienced by Ethan Hawke’s character in Paul Schrader’s First Reformed. That film dealt with, tangentially, the hazards of ignoring climate change at the peril of one man’s eternal soul. A Hidden Life, by contrast, considers the moral quandary of not participating in actions one views as evil, or worse. Diehl’s performance is a model of restraint; he more often imparts information by a look, a glance, the slump of his shoulders, than he does with a spoken word.

Notably, A Hidden Life is based on actual events. Franz Jägerstätter was a real Austrian farmer who was executed by the Nazis for his conscientious objection. As recently as 2007 Jägerstätter was declared a martyr and beatified by Pope Benedict XVI. Malick’s version of events is a trenchant testimony to the strength of one’s core ideals – especially in light of the current trend toward geopolitical nationalism and outright Nazi ideology. Is there a heaven above, and is Jägerstätter there? Maybe not, but then again here on Earth he was already living amidst the clouds. 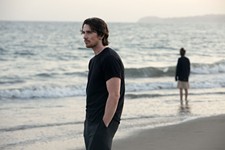