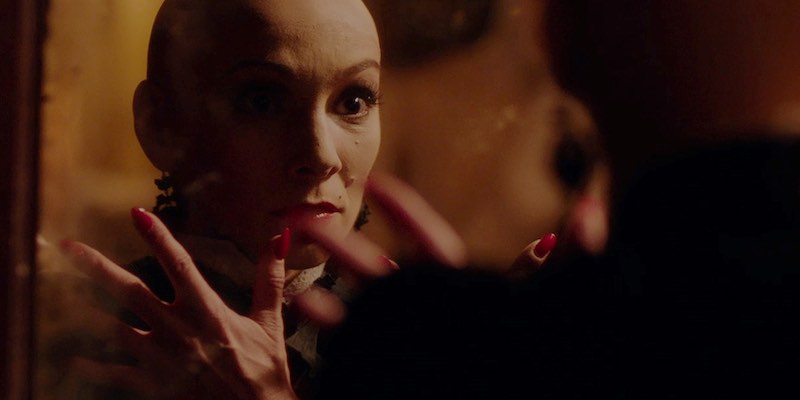 Fetish is not an absolute. There is no clear line that says one sexual proclivity is wholesome and another is harmlessly transgressive. It's in the response to that item, the frisson, the illicit thrill. That's an implicit subtext in the work of British filmmaker Peter Strickland, and it returns with lascivious gusto in his latest, a bizarre and imaginative thriller with a sexual and sociological twist.

This perversely titillating fusion of intimate British kitchen sink drama and Italian giallo kink as Without a Trace star Marianne Jean-Baptiste gets to bring back her native South London accent as Sheila, a woman on the edge of ... if not a nervous breakdown, at least in need of a good break. A teller at a bank in early 1970s Britain, under bosses with micromanagement tendencies, edging toward divorce and stuck with her ingrate son, Vince (Ayeh) and his older lover, Gwen (Christie), who has moved into their small flat. Sheila – so perfectly summed up in the world-weary way that Jean-Baptiste drops her chin, cocks her head, and politely snipes at the cuckoo in her nest – needs something that is hers. That's how she ends up at at Dentley & Soper, a department store seemingly staffed by Victorian housekeepers and with a 60% off sale that makes that entrancing red dress too much of a bargain to miss. After all, Sheila clearly convinces herself, a little of what you fancy does you good, and doesn't she deserve something a little not her after all she's been through?

Strickland will always depend more on mood and character than straight-ahead narrative, and fortunately Jean-Baptiste doesn't just wear Shelia. She inhabits her depiction of a woman both embracing her maturity and trying to beat off being a middle age mum for just a little longer. She plays everything straight, and that's essential for both the cavalcade of horrible dates on which she finds herself – all at the same middling Greek restaurant with oddly inquisitive wait staff. They pale in comparison to the Dentley & Soper staff, and most especially another wonderful performance by Strickland regular Fatma Mohamed as Miss Luckmoore, who is either the department manager or chief witch of a coven trying to inflict a demonic dress on poor Sheila. Or maybe she's both.

The thing with kinks in Strickland's world is that everyone has one, and while that's not what In Fabric is about, it's what informs everything. It's the same way that poor Gilderoy in Berberian Sound Studio is always trying to ignore the siren-like actresses around him, or how The Duke of Burgundy's lesbian BDSM relationship really deals with interpersonal power dynamics: Kink is the context, not the flesh of the story. And it's not one kink, as Strickland gives a sensual edge to every aspect of life, just most especially fashion. There are clear digs and nods at nipples on mannequins and alternate uses for fashion catalogs (lets just say that pornography was in short supply in censorious 1970s Britain), while even the prim and eerie Miss Luckmoore gets derailed in her own predilections.

Then just when the path seems fixed, Strickland edges away from the inevitable with a new perspective, with the entrance of henpecked washing machine repairman Reg Speaks (Bill). A wisp of a man, his appearance cues a dramatic left turn for the script, akin to what David Lynch does in Mulholland Drive and Lost Highway. Yet while the first hour gives in to Strickland's obsessions with fetish and fashion, of the lines between obsessions and material acquisition, this second act reveals and revels in one of his most under-appreciated skills – his deftness with wryly, aridly dry but still hysterical humor. There are moments in Duke of Burgundy that are unmistakably hilarious in the tiniest details, like the hand-flapping at the, a-hem, plumbing store. Here Stickland leans into absurdity in a way that makes the sly social commentary and brittle observational comedy of Sheila's world even more pointed.

As always, don't really look for answers here to what exactly is going on. Strickland's films, while profoundly cerebral, are always meant to processes playfully and instinctually. Like a breathy Serge Gainsbourg song caught on celluloid, it's evocative as the feel of silk sliding over skin. 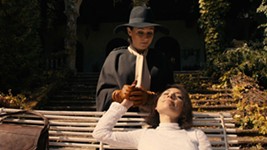 The Duke of Burgundy
This character study of mistress-and-servant lesbian role-playing is gratifying without being sexually explicit.