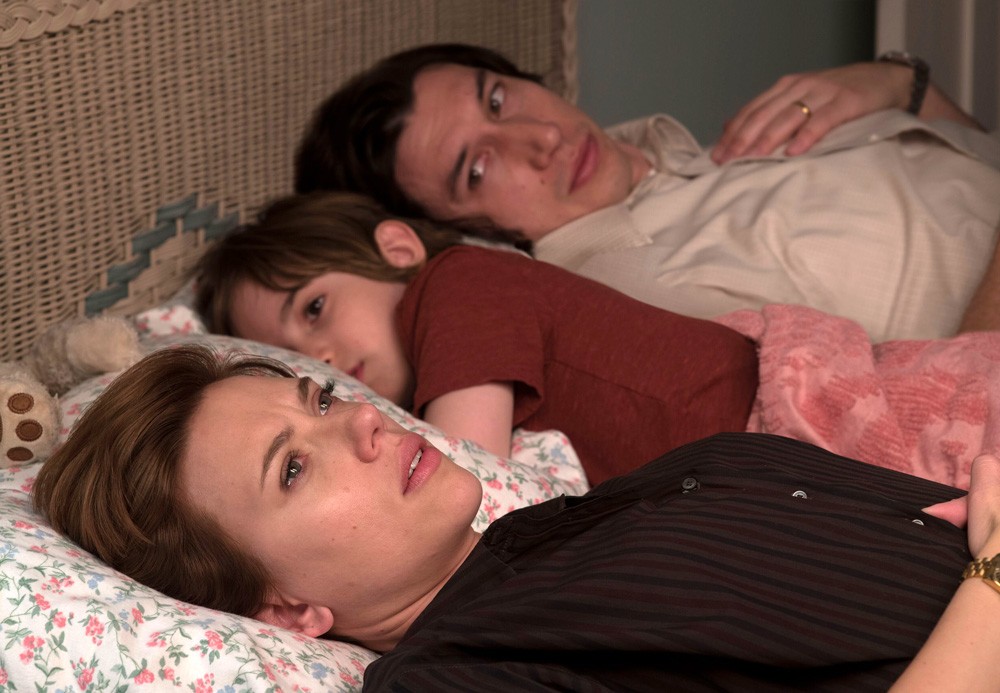 The story of a marriage is told through the lens of divorce in this meticulously made drama by writer/director Noah Baumbach (Kicking and Screaming, The Squid and the Whale) that provokes tears and laughter, sadness and joy. It sounds almost trite to describe Marriage Story this way until you realize how incredibly difficult it is to pull off such a feat, to finesse the lines between anguish and delight. It’s all there in the film: the messy, giddy, unsatisfying, and reaffirming aspects of a partnership that’s on a seemingly even keel until, one day, it just isn’t. Also evident are the vestiges of these emotions which remain in play despite the separation. Divorce severs this marriage like the dull blade of a knife cutting through the tiers of a wedding cake.

We first meet Charlie (Driver) and Nicole (Johansson) during the film’s opening sequence, a cunning piece of misdirection during which each character delivers a soliloquy that lists the things each loves about the other. Charlie is the director of a boho theatre troupe in New York and Nicole is his star talent – his leading lady onstage and off. Together they are the parents of 8-year-old Henry (Robertson). Nicole, who grew up in California, left an early career in L.A. for a shot at performing theatre in New York. Now, she wants to move back and take Henry with her. She and Charlie have discussed this before, but it’s never fully registered with Charlie. “We’re a New York family,” Charlie sighs uncomprehendingly at several points in the movie.

Both Driver and Johansson deliver what may be the finest performances of their careers. (This is Driver’s fourth film with Baumbach.) They make the characters’ love for each other as palpable as the pain each causes. Surrounding them is a superlative cast of supporting actors, each one creating an indelible impression with a minimal amount of screen time. Laura Dern plays Nicole’s sharply faceted celebrity divorce lawyer; Ray Liotta plays the shark Charlie first consults before deciding the man’s legal retainer and tactics were beyond his ability to dole out; Alan Alda is the more affordable family attorney Charlie consults next before realizing he’ll lose everything by sticking with this mensch; Azhy Robertson, as young Henry, is assured and well-adjusted, even more so once he moves from New York to California; Julie Hagerty as Nicole’s mother and Merritt Wever as her sister add delightful bits of comfort and comedy; and even tiny roles – e.g., Wallace Shawn, as a member of Charlie’s theatre troupe, and Martha Kelly, as a social worker making a home inspection – hit perfect notes. Also remarkable is the film’s music composed by Randy Newman, as well as the two separate and surprising renditions by Charlie and Nicole of songs from Stephen Sondheim’s musical Company.

Baumbach’s film is a story about what happens to a marriage when love isn’t enough to keep it together. However, the keen observations and sharp wit of Marriage Story are likely to wed the audience to the film until death do us part. 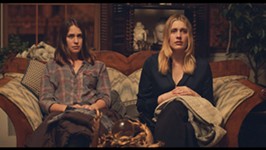