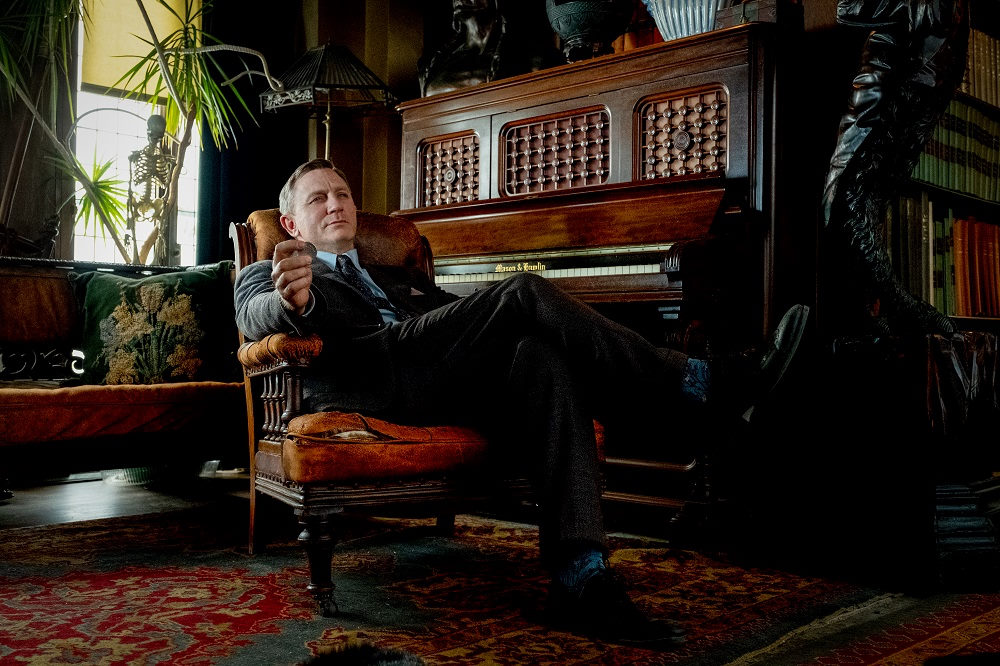 The secluded Victorian mansion in Knives Out is an architecturally ideal setting for this throwback murder mystery, a Winchester House floor plan of hidden staircases, twisty hallways, and concealed windows. Its stately décor of Oriental rugs and stuffed animals in dimly lit rooms walled by mahogany panels just begs for a corpse to appear. That entreaty is answered within minutes of the movie when a startled housekeeper (an underused Patterson, so comically unnerving in HBO’s Vice Principals) finds her elderly employer, the wealthy crime novelist and publisher Harlan Thrombey (Plummer), lifelessly sprawled on a bloody divan one morning, his throat cut in an apparent act of suicide following a dysfunctional gathering of offspring celebrating his 85th birthday the night before. (Not surprisingly, each of the family members at the party has a financial motive for killing the old man.) The dominant element of this whodunit’s set design is a literal-minded sculpture of ringed daggers hovering over the skullduggery afoot in this affectionate nod to Agatha Christie’s parlor-game puzzlers. Like the metaphorical doughnut of swirling clues perplexing Benoit Blanc (Craig), the private eye with the name of a cheap Chardonnay, this jarring artwork seemingly suspended in midair has a hole at its center, an open space eluding closure in the same way the truth eludes Blanc, who’s convinced the patriarch was the victim of foul play.

The screenplay by director and screenwriter Johnson (Brick, Looper) flips the script to prematurely divulge the howdunit early on, though intuition tells you there’s more than meets the eye. But it never seriously invites you to solve the crime as Watson to Blanc’s Sherlock, the plot’s complications stepping way beyond any reasonable deductive capability you could have. The movie’s wit and energy hold your interest, but they don’t spark the pleasure of the unexpected, the thrill you felt in Laura, The Last of Sheila, Chinatown, The Sixth Sense, or the 1974 adaptation of Christie’s Murder on the Orient Express (not Kenneth Branagh’s inept remake), movies whose big reveals surprise you in their elegant simplicity. No question, the mix of the old and the new in the perfectly titled Knives Out is cerebrally enticing, but any wow factor is as muted as Steve Yedlin’s cinematography.

The cast of familial suspects is played by dependably stalwart actors like Collette and Shannon, but the characterizations are a little thin. Even Evans’ performance as the smarmy prodigal grandson, Ransom Drysdale, is pretty much summed up by his character’s snobby name. Craig’s dapper, Dixie-drawling sleuth and enchanting de Armas’ Marta, the dead man’s naive caretaker whose regurgitative reaction to untruthfulness is an amusing parasympathetic response central to the movie’s plotline, are more memorable, probably because the roles are better rounded. But when the worm turns and the movie’s ensemble of disinherited progeny indignantly clamor after learning the gravy train has derailed, the collective avarice displayed by the secondary cast of characters is almost giddy. To elaborate on Gordon Gekko’s philosophy: Greed is definitely good when it’s this funny. 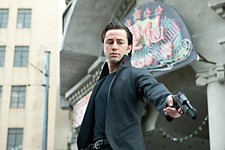